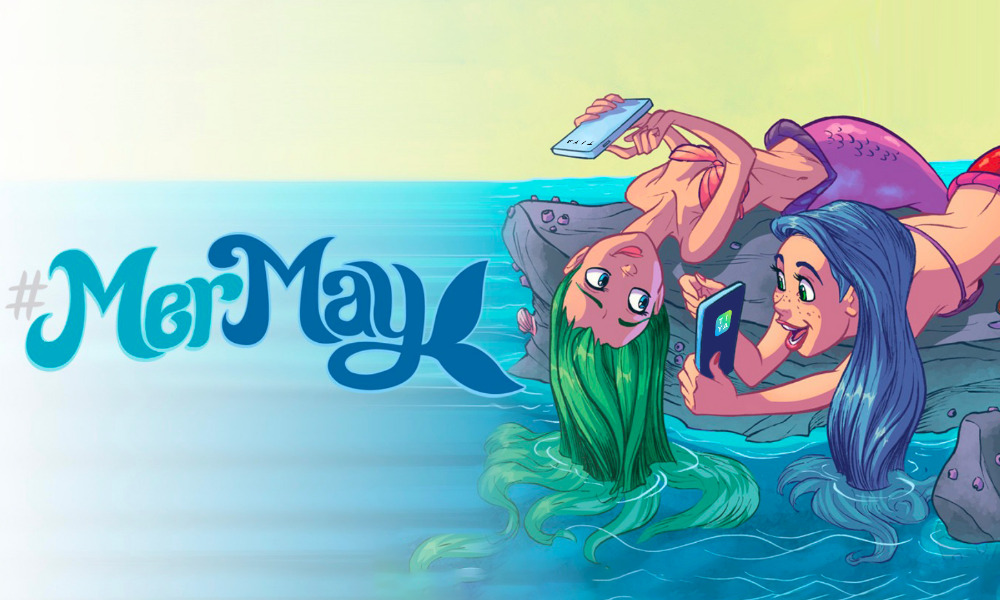 MerMay, a yearly drawing prompt event with millions of artists and viewers joining in the fun, was created by former Disney animator Tom Bancroft (Beauty and the Beast, The Lion King, Aladdin, Pocahontas, Mulan) and has found worldwide popularity and success since starting in 2016. The art challenge encourages artists and art enthusiasts to draw a new mermaid-inspired sketch every day for the month of May, using official MerMay sketch prompts.

In line with the event’s spirit of exploration and imagination, TIYA aims to reinvent social networking norms and reimagine how communities and interest groups interact. Partnering with ANiLEAGUE (an ACG artists alliance) as one of MerMay’s sponsors, TIYA is participating in various MerMay promotions and campaigns, including sponsoring MerMay’s May 10 official prompt and hashtag: #Vibe.

Since making its debut in the U.S. in 2020, TIYA has emerged as an immensely popular real-time interactive chat app among young American users, and has been downloaded nearly 20 million times worldwide. TIYA’s ‘live’ social networking features enable its user community and new TIYA users to engage with the MerMay challenge in a unique and interactive way.

On top of working with Tom Bancroft Studios and ANiLEAGUE for MerMay, TIYA is also using its own drawing prompts and releasing its own set of 31 artworks for each day in May, showcasing male and female mermaids in various themes and representing different cultures.

“We are very excited to join in on the MerMay fun and introduce new and exciting ways to bond with friends and connect with communities through TIYA,” shared TIYA CEO James Lin.

TIYA aims to accelerate its brand and platform growth in the U.S. through events and activities like MerMay, which spur higher user engagement and interaction. The latest version of the audio-based social app, which has been available globally from the first quarter of 2022, includes a revamp of the TIYA user interface.

MerMay was created by accident when Bancroft drew two teen mermaids chatting with their “shell phones” in hand while lounging on rocks in the ocean. The sketch went viral on Facebook, which gave Bancroft the idea to work on a month of mermaid-themed sketches and call it “MerMay,” because the sketch took off ahead of the month of May. Bancroft invited his social media following to join in and the drawing prompt immediately surged in popularity across the web.

Since then, MerMay has run each year during the month of May. Now in its sixth year, the illustrations and animations created for the official MerMay 2022 art contest will be judged by a panel of well-respected artists, including Bancroft himself, Raya and the Last Dragon co-director John Ripa,  artist/toy designer Whitney Pollett and Disney Legend Jodi Benson, the voice of Ariel in The Little Mermaid.

Learn more about the MerMay Art Challenge, including prompts, drawing tips and tutorials, at mermay.com.

SC Takes Off with Studio 4ºC,’s ‘Poupelle of Chimney Town’
Exclusive: Celebrate Mother’s Day with New ‘The Boss Baby: Back in the Crib’ Clip & Greeting Card