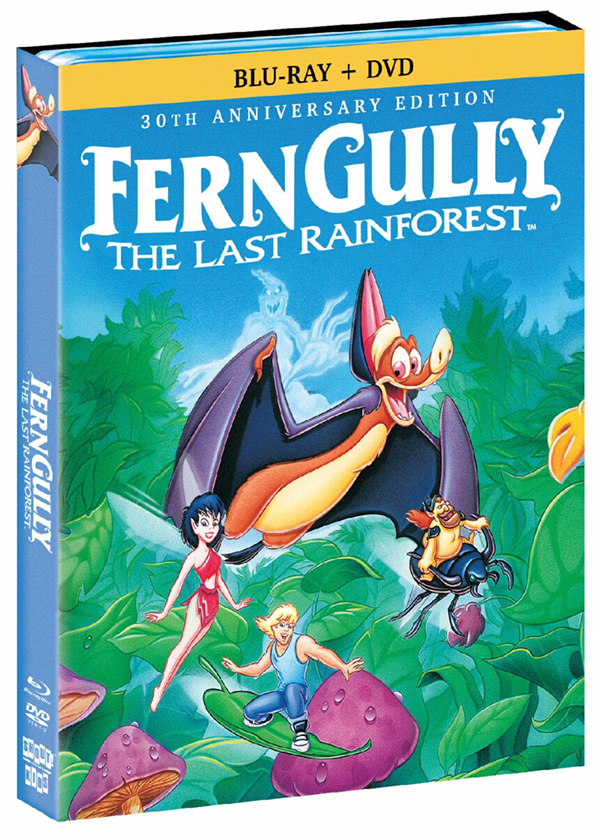 Calling all “’90s Kids”: This month, we have a beautiful trip down toon memory lane to offer with FernGully: The Last Rainforest – 30th Anniversary Edition, available now on Blu-ray + DVD combo pack from our friends at Shout! Factory (SRP $19.99). Directed by Bill Kroyer with art direction by the late Pixar artist Ralph Eggleston and featuring the voices of Robin Williams, Christian Slater and Samantha Mathis, the hand-drawn fantasy takes viewers deep into the heart of the forest to a paradise populated by fairies and spirits of all kinds, where one courageous sprite sets out to save her home from an encroaching human threat at any cost.

Enter for your chance to win by selecting the correct answer to the trivia question below and emailing it with your name, address and email address to webmaster@animationmagazine.net with the subject line “FernGully giveaway.”

Question:  Which of the following songs performed by a popular artist was not on the FernGully soundtrack?