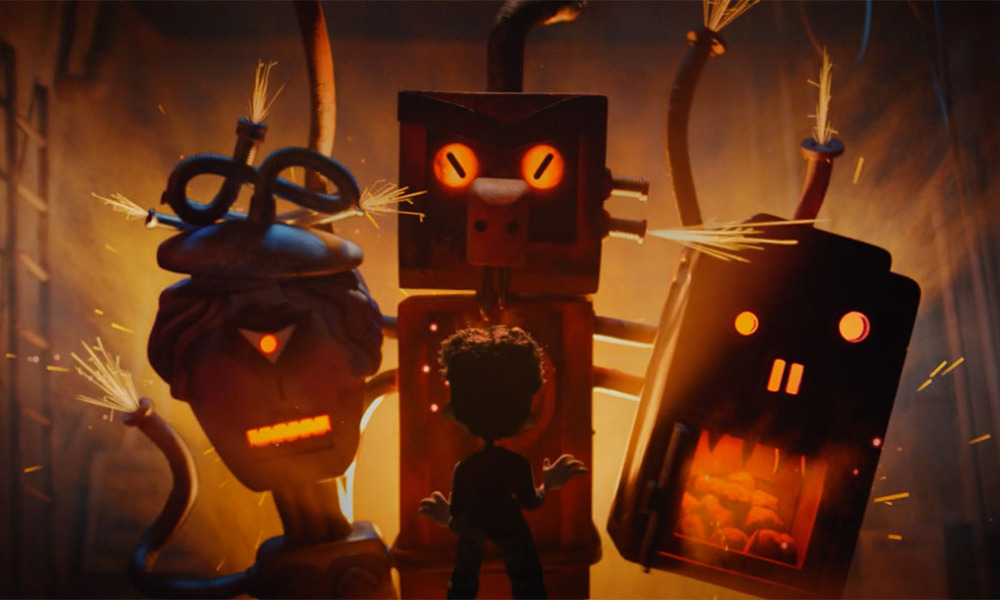 What's That Lurking in the Basement

Blinkink has offered up a compelling behind-the-scenes look at the making of What’s That Lurking in the Basement — a timely film from award-winning animator Renee Zhan (O Black Hole!, Reneepoptosis) commissioned by the Austrian Federal Ministry for Climate Protection. Brought to life with puppets brimming with personality, the short uses humor and heavy metal to evoke the real-life threat of climate change and deliver a powerful message.

The brief from the Ministry was to encourage Austrians to cut down on their individual carbon footprint by updating their old oil, gas and coal boilers. Zhan’s team, working with Jung von Matt Austria, blended inspirations from Tim Burton, horror and heavy metal music to explore “what’s lurking in the basement.” The characters and sets were all meticulously hand-crafted, with all the elements shot in-camera to add to its artisanal charm. 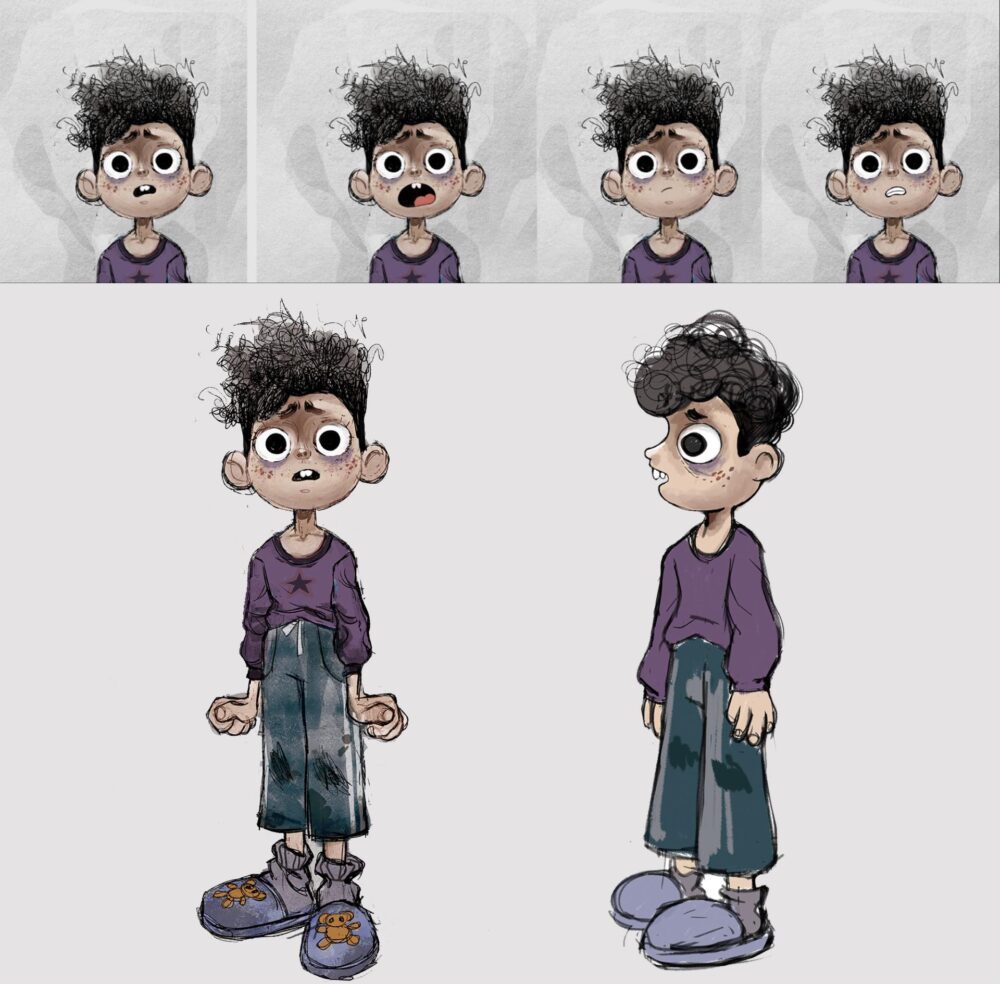 The film’s story is told from the POV of young Tobias. Zhan sketched multiple looks for the slightly sickly, Burtonesque boy, experimenting with facial expressions and body proportions. 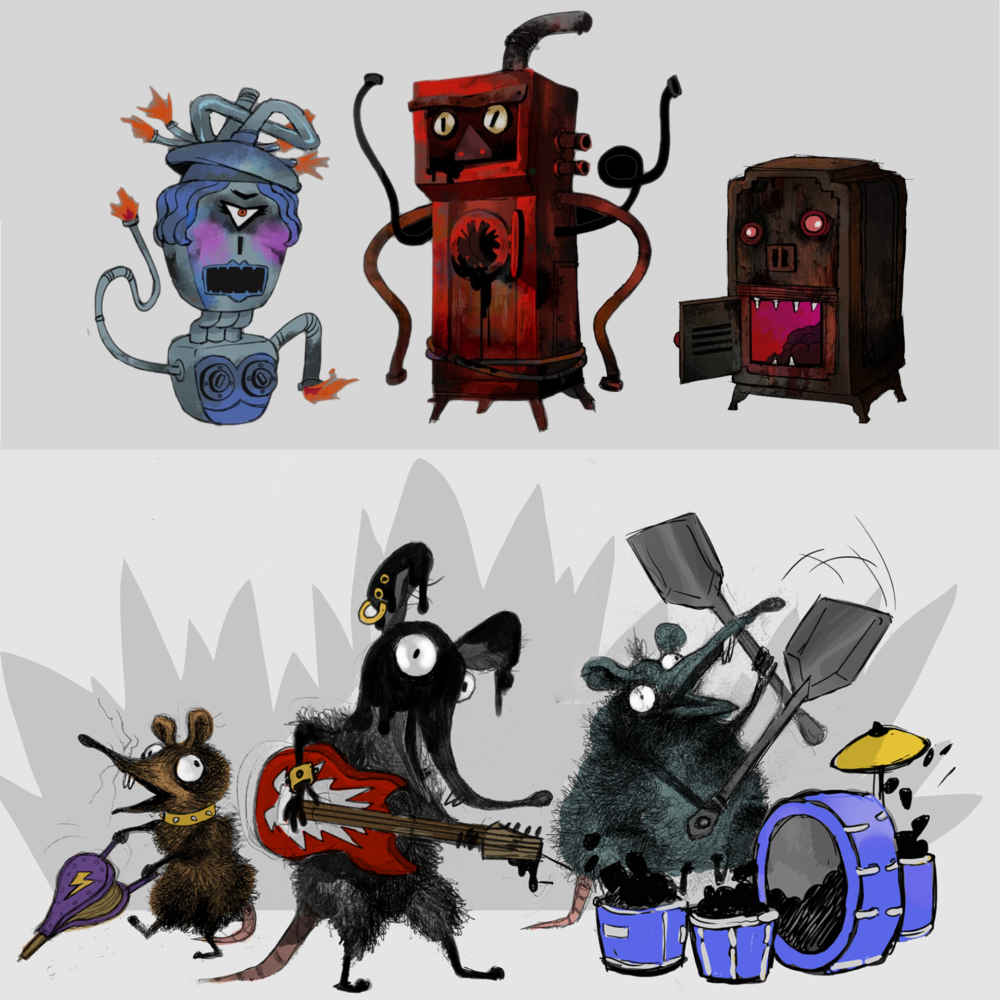 Taking inspiration from classic comedy trios, the band of boilers and rats were each given different personalities to inject humor — and horror — into the film. 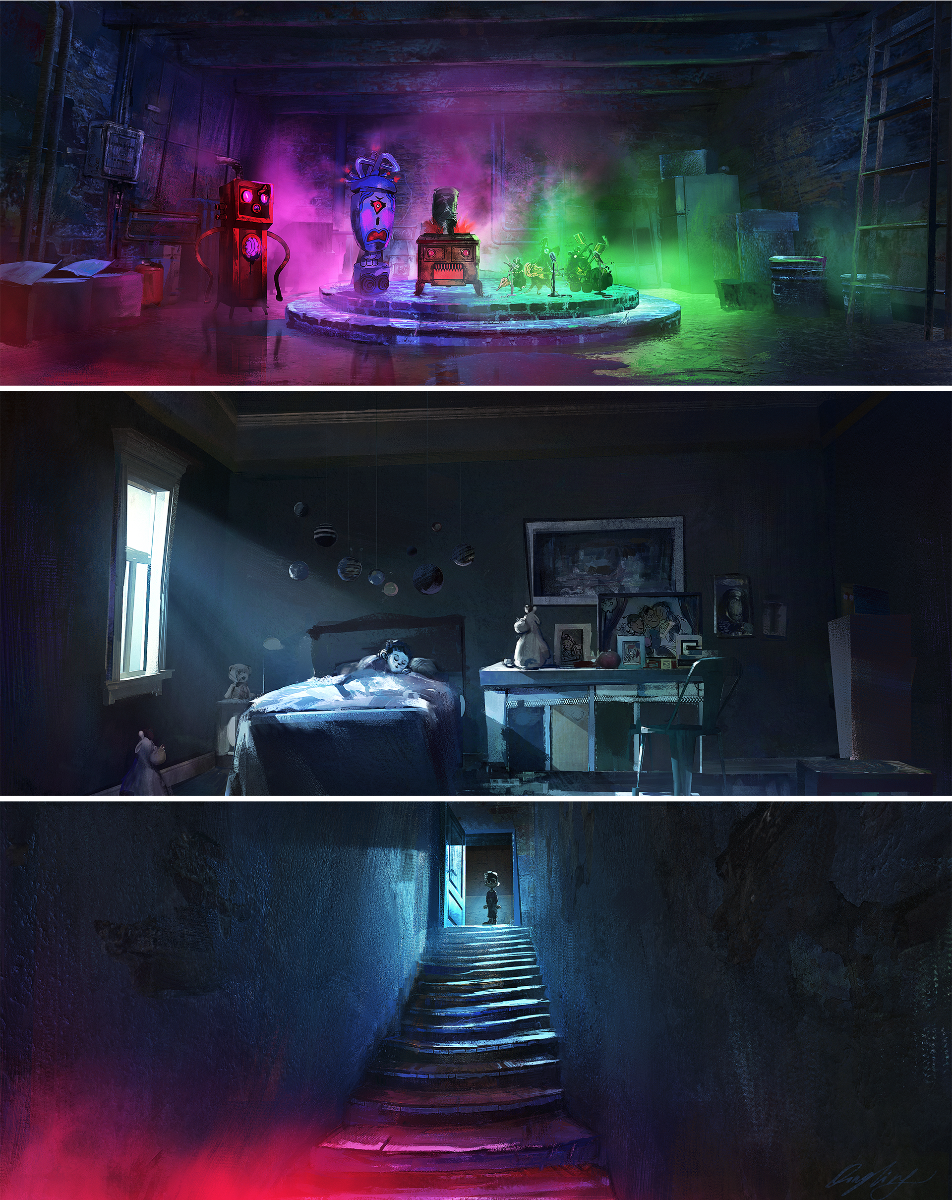 Concepts were explored through a mixture of storyboard sketches and highly detailed concept art. Cult classics like The Sixth Sense and Poltergeist influenced the world Zhan crafted for the film. 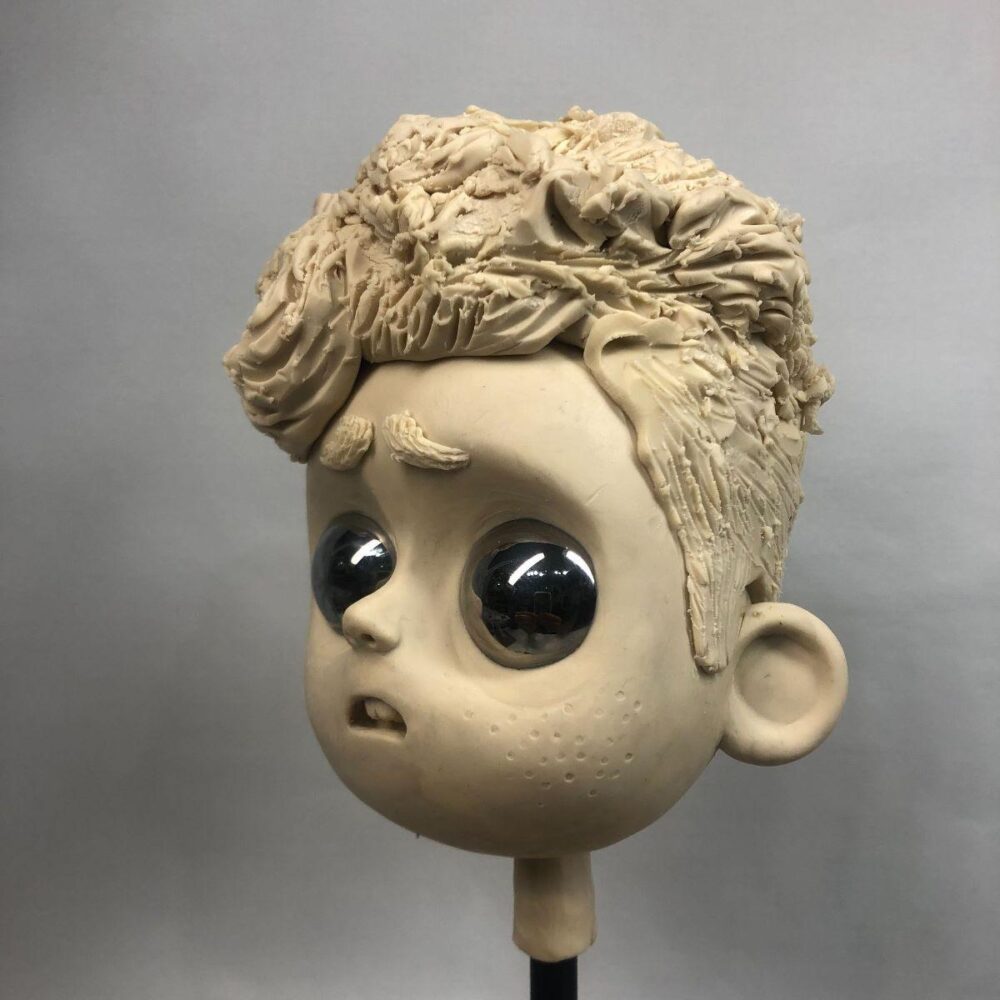 The art department at Blinkink sculpted Tobias’ head in FastCast before painting and adding real hair. A seamstress intricately sewed his clothing to add the final touches. His limbs were individually puppeteered through a combination of wires in his arms and armatures in his legs. The mouth was sculpted from plasticine in between each shot. 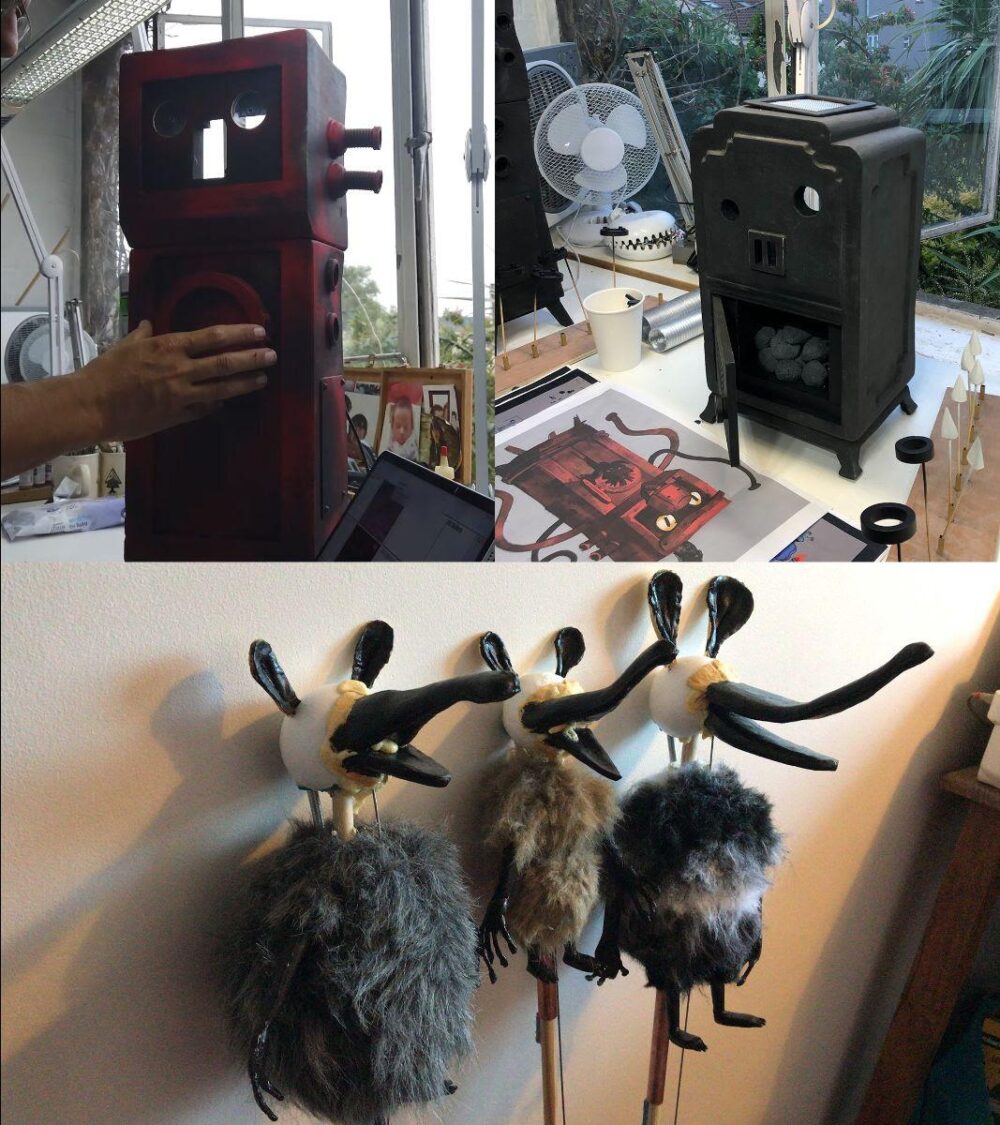 Model makers created the furnaces from wood with in-built cavities to accommodate lights, grills and bespokely designed eye mechanisms. As the rats needed to play instruments, complex internal armatures were engineered allowing our puppeteers to operate them below the stage.

Zhan’s talented and experienced team included sculptors, riggers and classic hand puppeteers that have worked with Tim Burton and Aardman. The miniature sets were built four feet from the ground to house three puppeteers underneath the stage, further disguised with props and lighting. 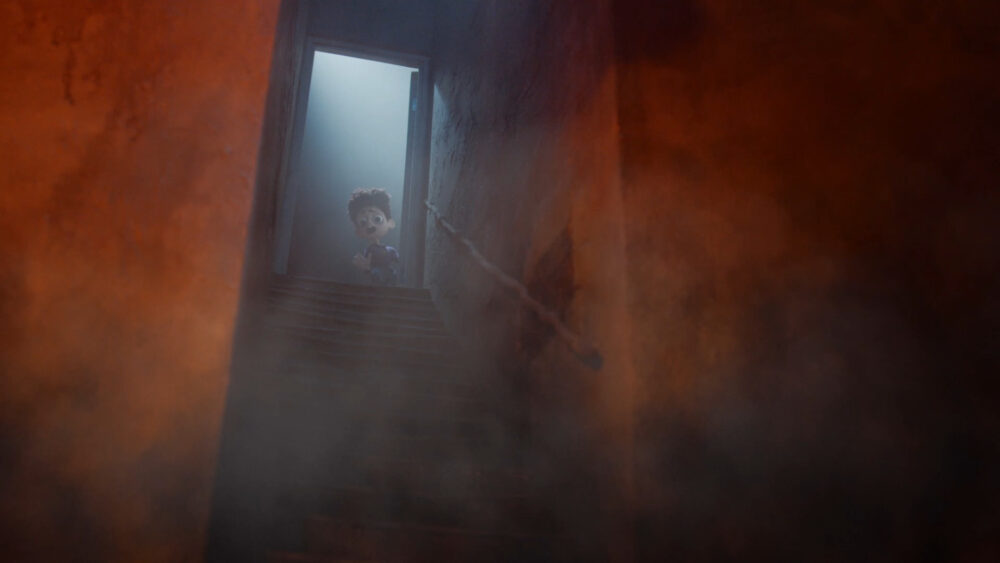 Inspired by Eurovision, Scandinavian metal bands and hazy jazz clubs, sparks and smoke were added in post to push the overall darkness of the film. Zhan collaborated with her longtime music partner and fellow NFTS graduate, Harry Brokensha, on the lyrics and melody for the soundtrack.

All images courtesy of Blinkink.