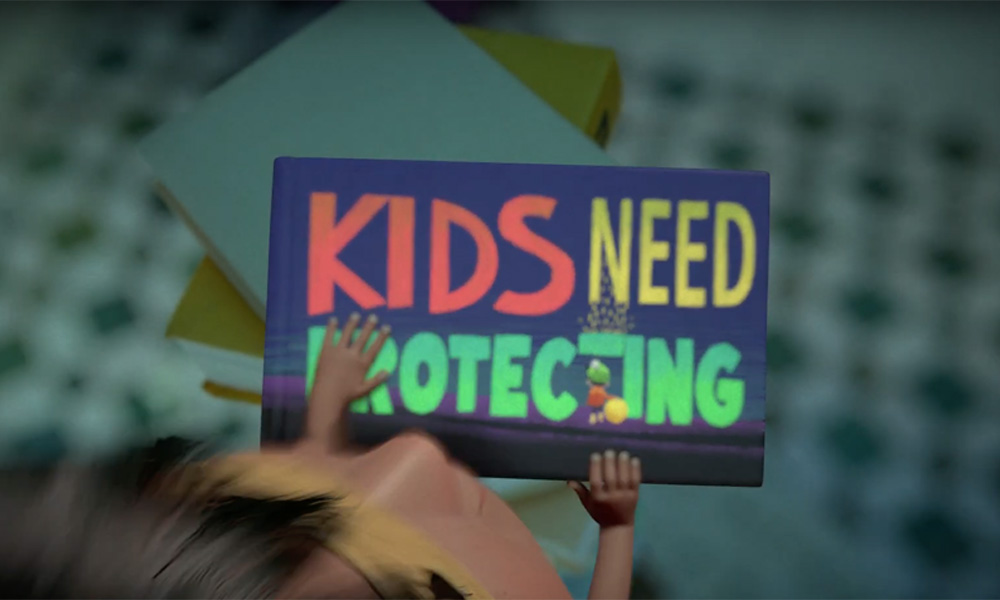 "Dangers" by RPA for UNICEF's #VaccinesWork

To urge more parents to vaccinate their children, UNICEF is launching a new #VaccinesWork digital, social, outdoor and print campaign. Created by ad agency RPA, the campaign, which features a 60-second animated film, “Dangers,” along with illustrated animations for social media posts and posters, will be released during World Immunization Week, which runs every year from April 24 to 30.

“Dangers” is based on the relatable insight that kids, by their very nature, are little daredevils who are constantly putting themselves in danger. While we can’t prevent all the dangers that kids get themselves into, vaccination can help prevent the dangers that get into our kids. The storybook video format is a perfect fit both for speaking to parents and parents-to-be and for adding a lightheartedness to a collection of dangerous situations. The film was illustrated and animated by LOBO director Mateus de Paula Santos in São Paulo, Brazil, using a combination of 2D and 3D animation.

The static and animated posters that live alongside the film provide another interpretation of kids facing danger. Kids are shown in aspirational roles with clear and logical antagonists. The kids featured in the six posters represent a range of ethnicities to reflect the global nature of the campaign. To build upon this inclusivity, each of the six illustrations were created by a different illustrator to showcase a collection of artistic styles.

“Today, vaccines save more than five lives every minute of every day,” said Robin Nandy, UNICEF’s Chief of Immunization. “We hope that this video can help parents to appreciate the power of vaccines. We want parents to know that vaccines are safe and that they can protect children against many deadly diseases.”

The campaign elements are being translated into many languages, including French, Spanish, Arabic, Chinese, Russian, Ukrainian, Hindi, Urdu, Tagalog and Romanian for worldwide distribution. Posts on Facebook, Instagram and Twitter will reach parents across the world.

“It’s an incredible opportunity to help parents, no matter where they live or their circumstances, to understand the benefits of vaccinations. We hope that this captivating new work will prompt parents to keep their kids safe,” said Jason Sperling, SVP/Chief, Creative Development at RPA.

Every year, UNICEF supplies vaccines reaching almost half of the world’s children. In 2018 UNICEF procured over 2.35 billion doses of vaccines.