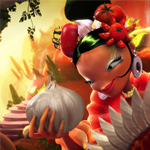 Where we pick the best animated commercial of the past year!

In 2010, most eyes were on Betty White, the deep-voiced Old Spice guy and Dos Equis’ “Most Interesting Man in the World.” Yet, that doesn’t mean we didn’t get our share of creative, visually inspiring animated ads on the small screen. In fact, these eye-popping, technically superior spots were as good (if not better) than anything else we saw on TV! So, without further ado, here are the top three animated commercials that nabbed the highest number of votes:

Frito-Lay’s “And Then There Was Salsa” 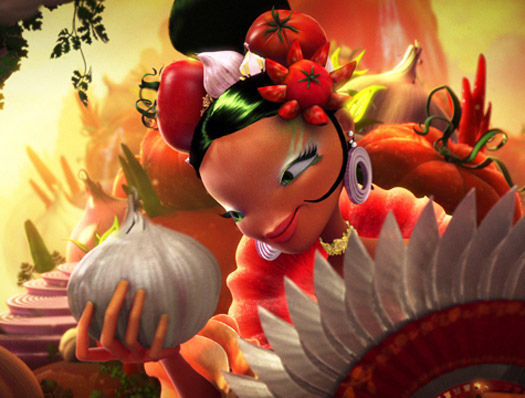 Words of Praise: A beautiful flamenco dancer chops and dices her way around a lush vegetable garden in this smooth, CG-animated 30-second spot. The direction of LAIKA’s Nicholas Weigel has a natural effervescent quality, and while the animators used Maya, Houdini, RenderMan, mental ray, Nuke, Flame and Qube (all the usual CG tools in everyone’s kit), they were able to create a world that feels organic and stylized at the same time. “Our heroine’s design was like making a great cocktail—the right ingredients would make her memorable, but too many garnishes would dilute her style,” explained Weigel in a Motionographer article. “She was tastefully accessorized with hooped onion earrings, cilantro-print fishnets, a dress made from organic materials, iridescent eye makeup and a tomato headdress.” Just like a perfect salad, the spot whetted our appetite for more tasty treats from the talented LAIKA crew. 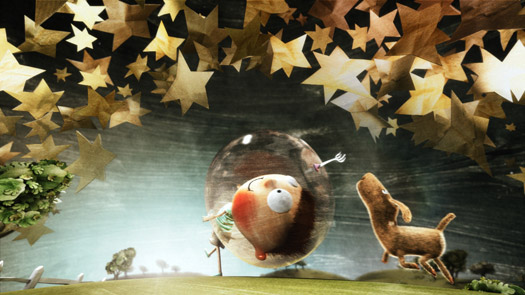 Words of Praise: A young boy (Spaceman Stu) daydreams of reaching out to the skies in this outstanding CG-animated spot, which somehow manages to tie the kid’s dreams to McDonald’s Happy Meals. Not only does the animation feel like a lovely illustrated children’s book come to life, Oliver Conrad and his team at Kompost add a sense of whimsy and hand-made charm to this ditty. Composer Peter Schmidt and Comma Music in Chicago deserve lots of praise as well for their catchy titular song, which evokes the innocence of a lost Beatles’ tune. 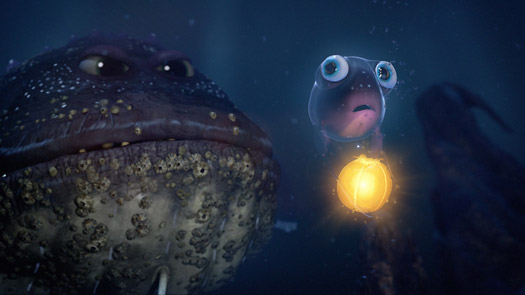 Words of Praise: In recent years, Psyop has delivered some amazing animated spots for Coke, Volkswagen, HP and Häagen-Dazs, to name a few. So it wasn’t surprising that their latest spot for AT&T’s “Rethink Possible” campaign also landed on our “best of 2010” list. This cinematic CG gem centers on a brave and adventurous fish, who is rewarded after he dares to go beyond the comforts of its immediate surroundings. (Yes, there are echoes of Finding Nemo!) The atmospheric, tropical colors, the fluorescent effects, the naturalistic movements of the underwater residents all stay with the viewer as does the positive message of dreaming big and not giving in to challenges along the way. We hear that the ad was screened in stereoscopic 3-D in some markets, which makes us hope we can experience it in that format as well in the future.

You may also like...
Related Topics:AT&T’s “Whole New World”, best animated commercial, Frito-Lay’s “And Then There Was Salsa”, McDonald’s “Spaceman Stu”, The 2011 Anicomm Awards