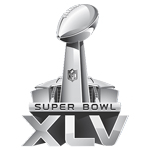 Super Bowl Sunday is almost here, which means its time for football fans to root for the Pittsburgh Steelers or Green Bay Packers — also to check out all the great commercials.

Among the movies that will be trying to make a splash are DreamWorks Animation’s Kung Fu Panda 2. The spot for that film, which opens May 27, has appeared online and you can take a look at it right now:

Also, look for an ad for Fox and Blue Sky Studios’ new feature Rio, which opens April 15. The ad is notable for containing an embedded code that will direct fans to special level in the popular mobile game Angry Birds, which recently teamed up with with movie to create a special new edition of the game. The code also allows users to enter a Rio sweepstakes, with one of the prizes being a chance to attend the movie’s world premiere in Rio de Janeiro on March 22.

And that’s not all. This year’s Super Bowl will be packed full of ads for this year’s wannabe blockbuster movies, including Rango, Transformers: Dark of the Moon, Pirates of the Caribbean: On Stranger Tides, Marvel’s Thor and Captain America: The First Avenger, Cowboys & Aliens and J.J. Abrams’ Super 8.