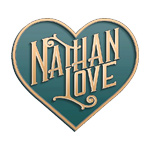 Nathan Love director Jim McKenzie has delivered an evocative, nostalgic promo for National Geographic Channel’s The 80s: The Decade That Made Us miniseries. A rousing contrast to National Geographic’s traditionally grounded advertising, the animated spot serves up a trio of grinning, buff cheese ball characters working out in synch to an electronic frenzy of a song reminiscent of the 1980s.

“This is a completely different look for the network, and that’s exactly what National Geographic wanted,” notes Nathan Love ECD Joe Burrascano. “Because the series itself – which details the many unsung cultural revolutions ignited during that time – was such a departure from their traditional programming, the goal was to catch people by surprise, piquing their interest while connecting them to the light-hearted spirit of the 80s.”

Nathan Love decided to pursue a hand-drawn animated look evocative of that decade’s wacky, in-your-face graphics and crudely drawn cartoons. The studio pitched a trio of 80s-themed spots based on the illustrations of longtime friend-of-the-studio Ana Benaroya and settled on the workout theme, a sequence drawn with the loud colors, tacky outfits and unintentional humor of that decade’s incipient fitness videos. McKenzie and Benaroya worked together to create the fun, off-the-wall moments that followed.

The result is a highly saturated, bubblegum-pop spot in the spirit of Nathan Love’s more intensely produced CG work.

“Prior to teaming up with National Geographic on this spot, we had just finished work on really great spots for Polly Pocket and Froot Loops, and this workout video fits right into the vibrant, entertaining world of characters that we’ve established here at Nathan Love,” explains McKenzie.

Nathan Love designed the initial key frames in Photoshop, and then hand drew each frame in Flash. Once the client signed off on the final images – selecting from a range of over-the-top butt shots and more conservative frames – Nathan Love compiled the final cut in After Effects. 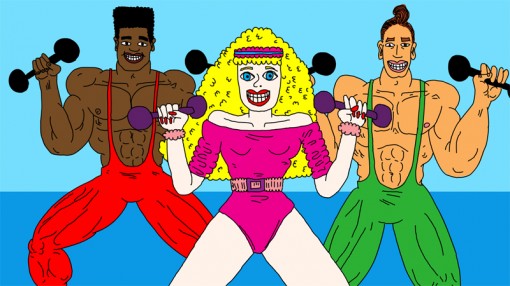