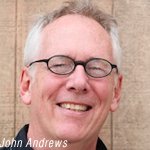 “Together, in this new venture, we hope to take on projects that allow us to display our understanding of the interconnectivity of content, media and brands on a level beyond a typical production entity,” said Brendan Burch, CEO of Six Point Harness. “As we produce a wider array of media, utilizing an ever-growing range of production techniques, we want to be thought of as the ‘go-to’ studio for anything having to do with leading-edge animation, design and digital content. We couldn’t be more thrilled to be building this new company with John.”

The core of 6 Point Media’s talent roster is the slate of directors Andrews brings with him from the recently shuttered ka-chew! This includes a solid slate of motion graphic, 2D and CG animation talent as well as a unique live-action/stop motion hybrid group – award-winning independent filmmaker David Russo (The Immaculate Conception of Little Dizzle), pixellation wiz Eriq Wities (Save the Bay and Rain Forest Action Network), and music video director Brad Hasse (The Carpenter music video for Homeboy Sandman).

“I have been a huge fan of Six Point Harness since they came on the scene in 2003,” adds Andrews. “Everyone in this town, including me, wants to work with this great team. My goal is to enhance and expand their brand in both animation and live action by bringing them opportunities from across the creative landscape and building a directorial roster that is truly unique. I will back this up with strong animation and live action production.”

Andrews’ background in production includes seven years working in the PBS sphere, during which time he won three Emmys for graphic design in news and documentary, and five years in New York overseeing animation at MTV, where he became VP of animation in 1994 and produced such series as Beavis & Butt-Head, Daria, Aeon Flux, The Maxx and The Head. Andrews moved to L.A. and Klasky Csupo in 1998 after the success of Beavis & Butt-head Do America, which he co-produced. At Klasky Csupo, Andrews had a 12-year run as a senior VP and the EP-creative director of ka-chew! There he was in charge of commercials, broadcast design and short form digital content. Most recently, he supervised the development and production of the preschool shorts series Doggity’s, part of Sprout’s No. 1 rated series, Noodle and Doodle.

Six Point Harness is a Hollywood-based animation studio with a focus on animated comedy for adults, having animated projects such as the DVD feature of Comedy Central’s Drawn Together; MTV’s series Where My Dog’s At; the hit web series Dick Figures (more than 10 million total views to date); and the controversial Read A Book video for BET (several million views). The team at Six Point Harness is currently in production on Playtone’s web series Electric City, created by Tom Hanks.

For more on its projects see www.sixpointharness.com.