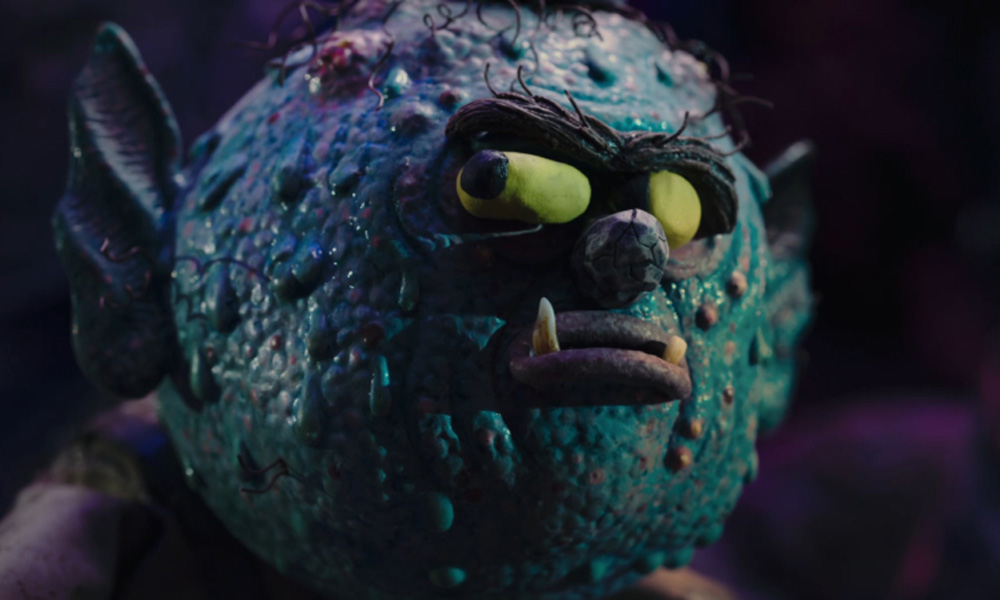 “Cupboard,” the first animated spot, takes viewers into the relentlessly cheerful candy-filled land of Trolli. As a neon light in the darkness, Trolli transforms everything it touches momentarily into something bright, happy, and sweet … for about the amount of time it takes to eat a delicious, chewy gummy worm.

“The inspiration behind ‘Cupboard’ was partially to give a nod to Trolli’s heritage, with a tie-in to the brand’s namesake — the troll — which fits perfectly within this darker direction,” explained Wieden+Kennedy creative directors Darcie Burrell and Azsa West. The campaign takes on the idea of treating happiness as taboo. The troll is drawn toward the Trolli worms and the happiness they bring, but he’s also a little frightened by it.

“Cupboard” will be followed by “Trolli Bag” and additional spots in the next month.

“This new marketing campaign delivers on an ownable insight for our brand: Trolli’s dash of ‘delicious darkness’ – through our brand history, black packaging and product origins – is what truly sets the brand apart in what has now become a sea of weird,” said Annie Meyer, Marketing Director at Ferrara Candy Company. “The campaign marks Trolli’s largest media investment to date and we are thrilled to partner with Wieden+Kennedy and Blinkink as brilliant thought partners who have brought Trolli to life in the form of a psychedelic, playful, and uniquely identifiable world.”

Burrell and West added: “We have a team of people with very dark senses of humor, so when the Trolli opportunity came up, we were like, a black candy bag filled with worms? Named after trolls? Sign us up. We feel like we’ve found our candy soulmates.”

The spots will air across TV, online and Trolli social channels; a suite of bespoke social films have been created and co-directed by recent NFTS graduate Sam Gainsborough.

Becky & Joe are Becky Sloan and Joseph Pelling, who recently premiered the TV pilot for Don’t Hug Me I’m Scared at Sundance Festival 2019. See more of their work here.