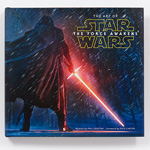 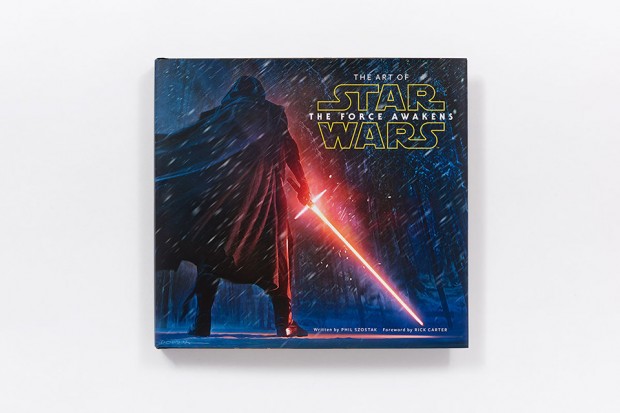 By now, everyone on this planet has seen J.J. Abrams’ The Force Awakens, so readers can freely pick up this lavishly illustrated behind-the-scenes, no Spoiler Alert necessary. These pages take you along with the Lucasfilm art departments for the creation of fantastical worlds, unforgettable characters and unimaginable creatures. From the earliest meetings to the height of production and even through post at ILM, exclusive interviews with the universe builders give fascinating insights into this new Star Wars frontier.

In just over 250 pages, you will see 600 full-color examples of production paintings, concept sketches, storyboards, blueprints and matte paintings –including unused concept art. Image archivist Phil Szostak has worked alongside the Star Wars creative teams for six years at Lucasfilm, and his time dug in with the Force Awakens crew as a conceptual researcher and archivist shows throughout this visual journey. Whether you’re a franchise fan or a filmmaker, we recommend this volume — and look forward to the “Making of” due out from Abrams in the fall. 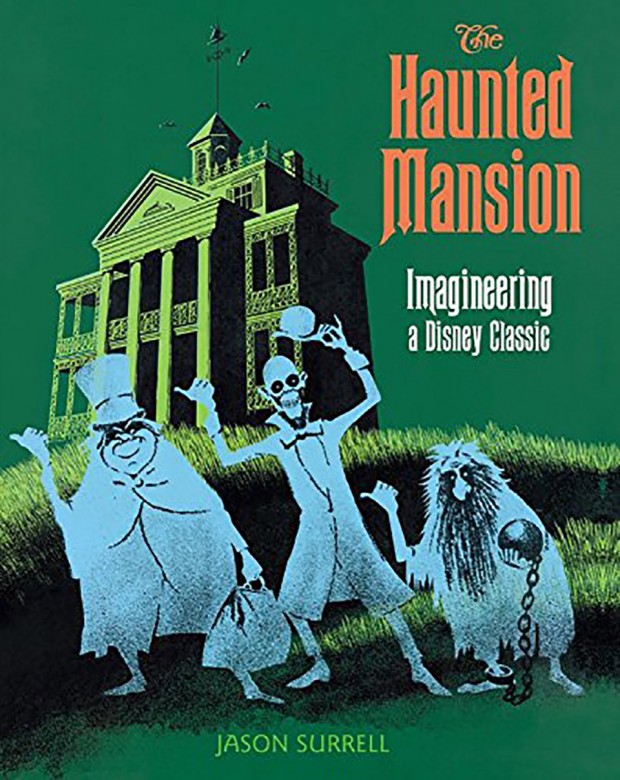 Author Jason Surrell may not be a Ghost Host, but the Disney Imagineering veteran uniquely qualified to guide readers through the fascinating history and development of Disneyland’s ultimate cult attraction: The Haunted Mansion. Conceived by Uncle Walt as an unnerving walk-through experience in the mid ‘50s, the lighthearted horror ride underwent many twists and turns before finally opening in 1969 (after Walt’s death), enchanting guests with extremely clever bits of Imagineering.

This recently updated book out of the “From the Magic Kingdom” series shows the evolution of the “grim grinning ghosts” and their unholy haunt from early sketches and story concepts. Readers will also get the scoop on what is true and false in the Mansion’s storied history. And, in this third edition, a new illustrated chapter describes how the iconic ride has been adapted for parks in Tokyo, Paris and Hong Kong — plus even more details and artwork related to the Anaheim and Orlando attractions. 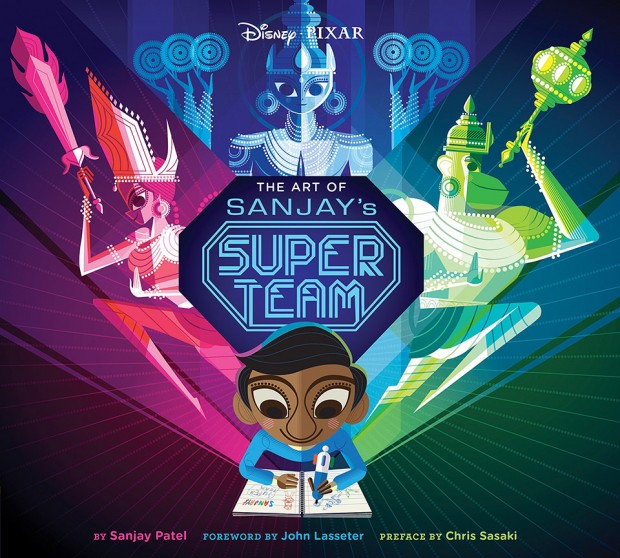 The latest Pixar animated short set the studio’s globally acclaimed creatives on a new path in terms of story and technique, and now readers can truly soak up the rich melding of cultures and technologies that lead to artist Sanjay Patel’s smashing directorial debut.

Based on Patel’s own childhood experiences, the film is an action-packed flight of a young, first generation Indian-American boy who learns to see his father’s native traditions in the light of the Western pop culture he loves. The colorful hardcover book is packed with artwork that shows how Patel illustrated Sanjay’s personal cultural melting pot. It would look nice on the shelf next to Patel’s beautifully illustrated Ramayana: Divine Loophole (Chronicle) or The Little Book of Hindu Deities (Plume). 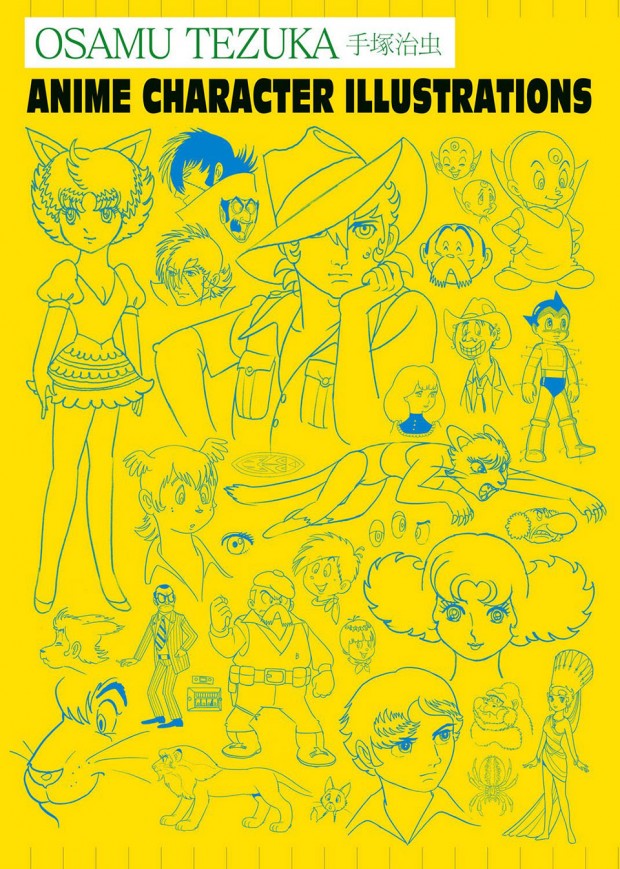 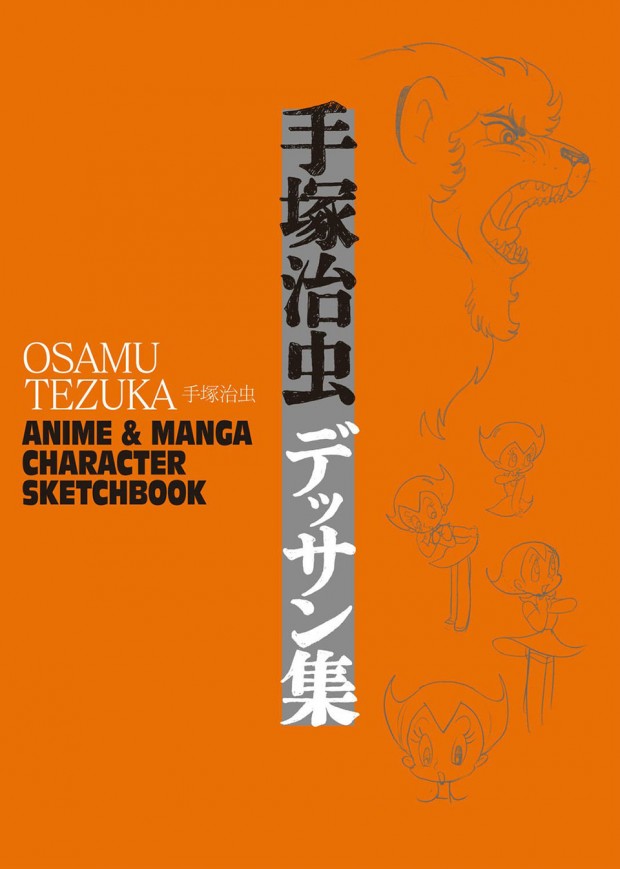 Admirers of the iconic look of mid-century Japanese cartooning need look no further than these two hardcover collections of artwork from the venerable “grandfather” of anime and manga, Osamu Tezuka. The hardworking artist created hundreds of globally beloved characters during his 40-plus year career as an illustrator and animator — including Astro Boy, Kimba the White Lion and Black Jack. And his influence is still strongly felt generations later.

Anime Character Illustrations collects, unsurprisingly, character designs from several of Tezuka’s celebrated series. These are handsomely complementd by the rough concepts found in Anime & Manga Character Sketchbook. Taken together, the books are a great reference for Tezuka’s iconic style and an interesting glimpse at the process of such an influential, prolific artist.