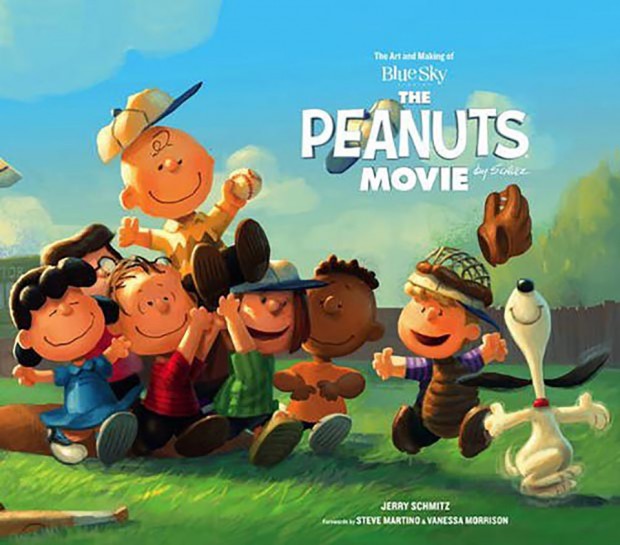 The Art and Making of The Peanuts Movie

This fall, Blue Sky’s painstakingly reverent treatment of Charles Schulz’s beloved comic-strip characters overcame sceptics to charm audiences and critics by blending nostalgic animation inspiration, top of the line CG and dogged determination. Now in this in-depth volume, go behind the scenes to explore the Peanuts’ crew’s big screen debut. Charlie Brown may be the ultimate underdog, but the crack studio team was rooting for him all the way.

Jerry Schmitz’s expose is packed with film development art and original comic-strip material. Commentary from a range of production departments — including animation, lighting, effects and modeling — illustrates the triumph of translating Schulz’s simple, iconic style (and that of the old school TV specials) into the latest in cinema graphics. Throw in insights from director Steve Martino and Fox Animation president Vanessa Morrison, and you get a timeless treasure. 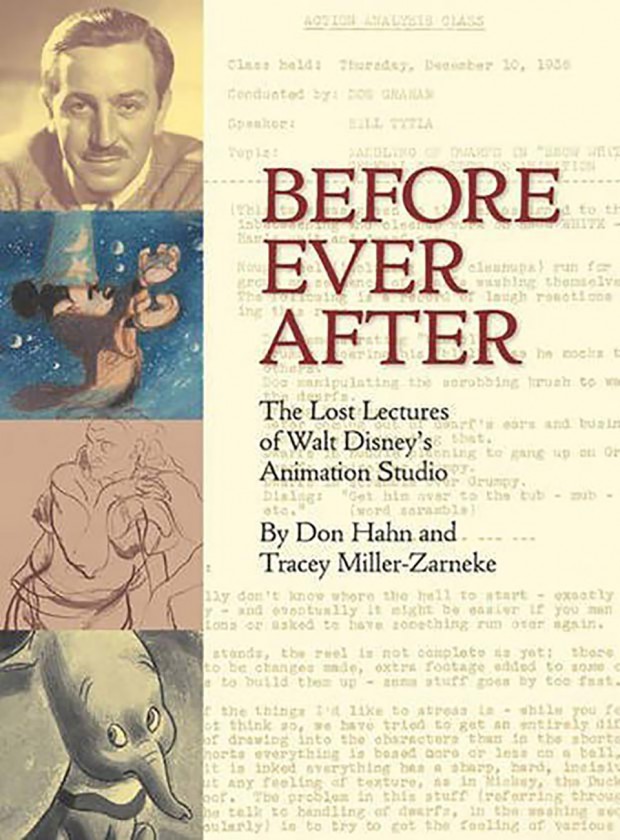 Before Ever After: The Lost Lectures of Walt Disney’s Animation Studio

By Don Hahn and Tracey Miller-Zarneke

It seems like every month we have a new exploration of the fabled Mouse House hitting shelves. But with such a driven figure as Walt Disney behind its success, it’s no wonder that the studio’s many secrets continue to surprise, intrigue and inspire generations of animators and filmmakers. In this 400-plus-page tome, writer, director and producer Don Hahn (The Lion King) and Tracey Miller-Zarneke present previously unpublished lecture notes from the studio’s educational sessions.

Augmented by period photographs and drawings, the collection shows how Walt created a culture of learning and improvement to prepare his artists for their first feature-length project: Snow White and the Seven Dwarfs. Walt hand-picked instructors from the Chouinard Art Institute to hold classes, screened films for study, has his best artists give live critiques and brought in an array of inspiring talent — from architect Frank Lloyd Wright to choreographer George Balanchine to humorist Alexander Woollcott. The collected transcripts are both an important instruction for animators and a fascinating historical look at studio culture on the cusp of a new era. 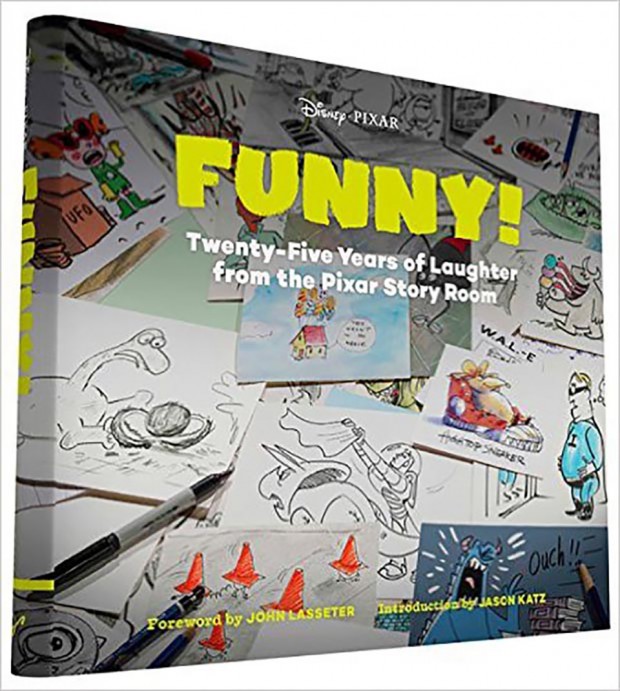 Funny! Twenty-Five Years of Laughter from the Pixar Story Room

Creatives know all too well that despite the blood, sweat and tears you pour in, sometimes you just have to “kill your babies.” This harsh mantra is the key to crafting a story for animation that works, and can be invoked any time from concept development to production crunch time. Luckily, Pixar story supervisor Jason Katz (Finding Nemo, Ratatouille, Toy Story 3) and his cohorts have rescued some of their babies from the cutting room floor for this comedic collage.

From Toy Story to The Good Dinosaur, the artists featured in this book have delivered some of the most hilarious gags to hit the big screen. Now, you can also explore some of the hundreds of joke gems that never made it. Classic Pixar moments are showcased and explored in-depth alongside some of the hundreds of leftovers. Page down memory lane, pore over never-before-published artwork and take in some wisdom from Katz and John Lasseter, who provides the foreword. Finally, you can see Sadness wearing mom jeans. 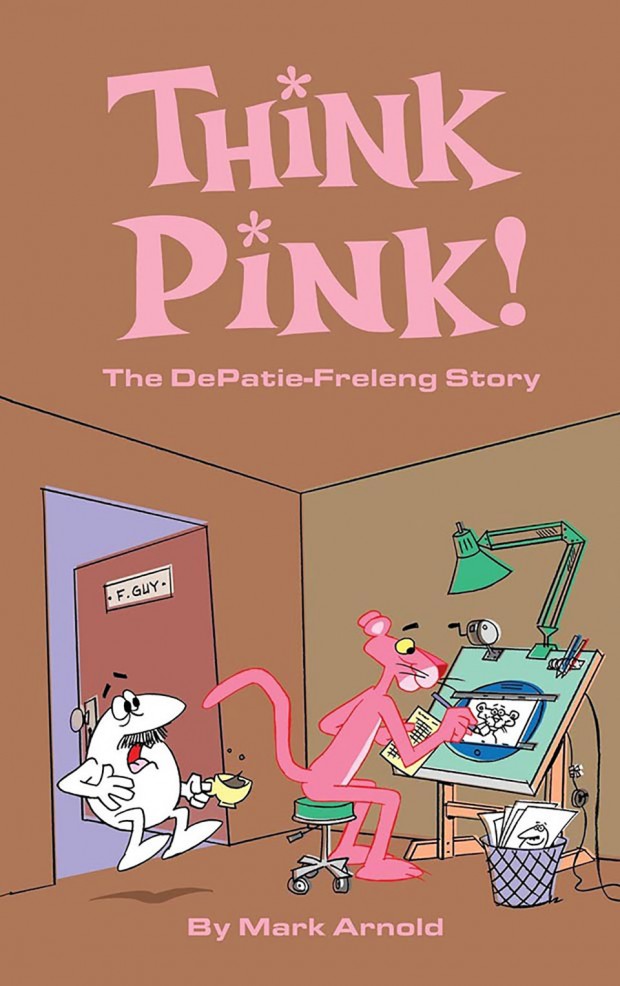 Think Pink: The Story of DePatie-Freleng

Comic-book and animation historian Mark Arnold does not disappoint with this relentlessly researched hardcover, which clocks in at over 600 pages. Follow with incredulity the nail-biting journey of ex-Warner Bros. director/producer Friz Freleng and executive David DePatie as they strike out on their own in the 1960s, facing incredible odds and struggling to keep their small studio afloat, never knowing that their shaky enterprise would spawn some of the best loved cartoons of the 20th century.

Arnold takes readers back to the exciting first success of DePatie-Freleng’s first hit character: The Pink Panther, animated to open Blake Edward’s film. Nostalgia and studio history combine to introduce the artists behind DFE’s hit cartoons from Pink Panther to Mr. Magoo to Charlie the Tuna and more. Indexed, appendixed and packed with over 400 photos and artworks, this is an engrossing look at a chunk of animation history that almost never was and the people who made it happen.

You may also like...
Related Topics:Before Ever After: The Lost Lectures of Walt Disney’s Animation Studio, Funny! Twenty-Five Years of Laughter from the Pixar Story Room, The Art and Making of The Peanuts Movie, Think Pink: The Story of DePatie-Freleng