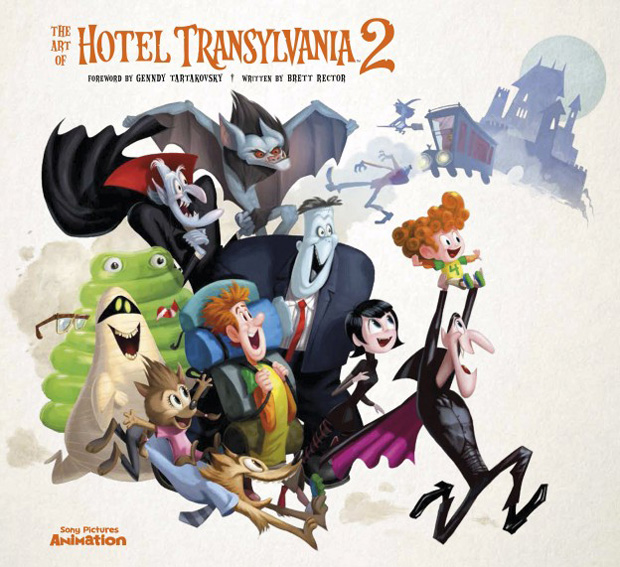 The Art of Hotel Transylvania 2

The Art of Hotel Transylvania 2
By Brett Rector
[Cameron + Company, $29.99]
Out August 25, this hardcover collection showcases the colorful, expertly crafted art behind Sony Pictures Animation monster-mash sequel. Hotel Transylvania 2, once again directed by toon legend Genndy Tartakovsky and written by Robert Smigel, follows Dracula’s ancient vampire dad Vlad (voiced by Mel Brooks), who arrives at the hotel for a last ditch effort at bringing out Drac’s half-human grandson’s inner monster.
Tartakovsky provides an insightful foreword for this 160-page journey behind the scenes. Author Brett Rector brings his extensive experience both as a LucasArts producer and as a writer and editor, having co-authored The Art and Making of Star Wars: The Force Unleashed and served as editor-in-chief of Star Wars Insider magazine. Fans of classic cartooning and state of the art CG artistry will both enjoy poring over this presentation in advance of the film’s September 25 debut. 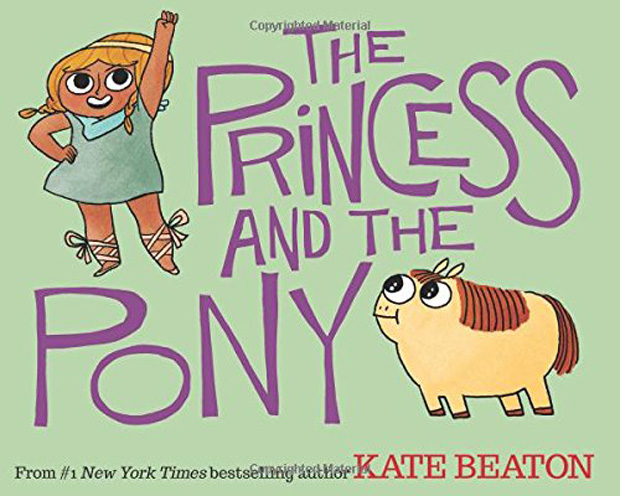 The Princess and the Pony

The Princess and the Pony
By Kate Beaton
[Arthur A. Levine Books, $17.99]
At long last, the first children’s picture book from the creator of webcomic sensation Hark! A Vagrant has arrived, and Beaton’s offbeat princess is winning over readers of all ages. Aimed at youngsters, the tale centers on Princess Pinecone, the smallest warrior in her kingdom with the most gung-ho attitude. When she asks for a mighty battle horse for her birthday, she ends up with a blank-eyed, chubby, gassy little pony. (Don’t worry: the unlikely duo end up saving the day.) This mold-breaking storybook showcases Beaton’s distinct sense of humor and playful language while offering plenty of visual gems to be discovered during repeat reads. While you’re at it, be sure to pre-order the second Hark! A Vagrant collection, Step Aside, Pops, which will be available to delight the grown-ups in September. 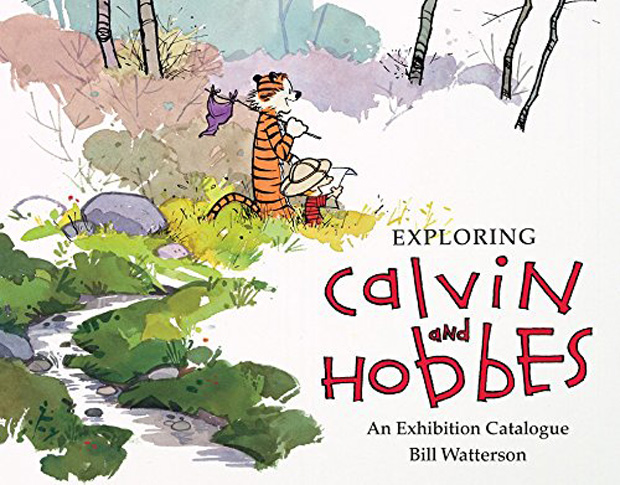 Exploring Calvin and Hobbes: An Exhibition Catalogue
By Bill Watterson
[Andrews McMeel Pub., $19.99]
Prepared as the companion catalog for the 2014 exhibition at Ohio State’s Billy Ireland Cartoon Library & Museum, Exploring Calvin and Hobbes is Watterson’s personally curated journey through the creation and legacy of his iconic comic strip. The paperback volume boasts original art from the strip, along with Watterson’s commentary. The show also included art from the comics and artists that influenced Watterson, like Peanuts, Pogo, Krazy Kat, Doonesbury, Pat Oliphant, Jim Borgman, Flash Gordon, Bloom County and Steadman. Jam packed with artwork (mostly black and white, but some delicious full color pieces as well) on quality paper, the pith of the catalog is an extensive interview with the notoriously private Watterson conducted by exhibition curator Jenny Robb. 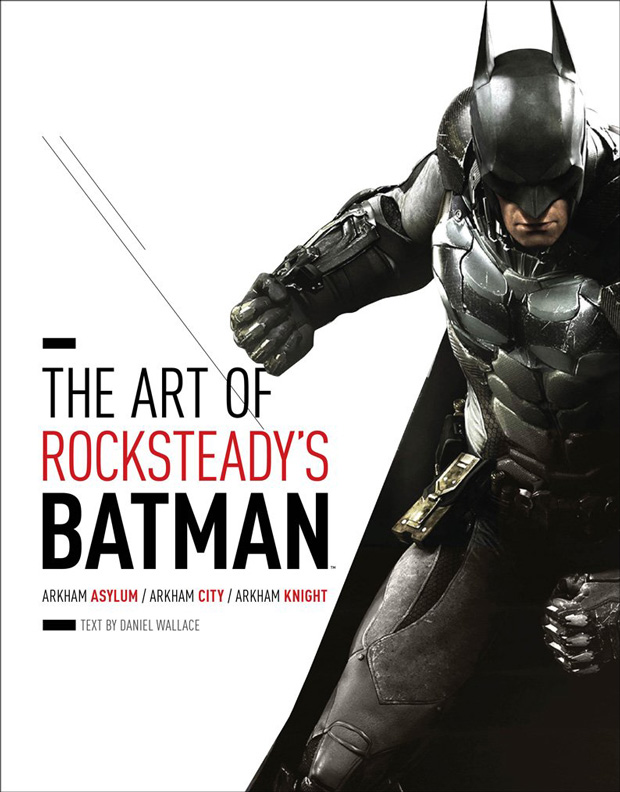 The Art of Rocksteady’s Batman

The Art of Rocksteady’s Batman
By Daniel Wallace
[Harry N. Abrams, $40]
Rocksteady Studios has put together the first official look behind the scenes of of its critically acclaimed, bestselling Batman videogame franchise. DC Comics’ Dark Knight and the crime-riddled world of Gotham leap from 300-some pages full of the studio’s best character sketches, concept art pieces, background paintings and more from the production of Arkham Asylum, Arkham City and Arkham Knight. The hardcover takes fans through every stage of the creative process behind these darkly adrenaline-fueled adventures,with key creative and development team members offering commentary through exclusive interviews about the last seven years of revamping the Bat Man for a modern gaming audience. Author Wallace is the perfect guide for this journey, as a lifelong and professional devotee of the comic-book and sci-fi underworlds who has penned over two dozen previous odes to nerd culture.