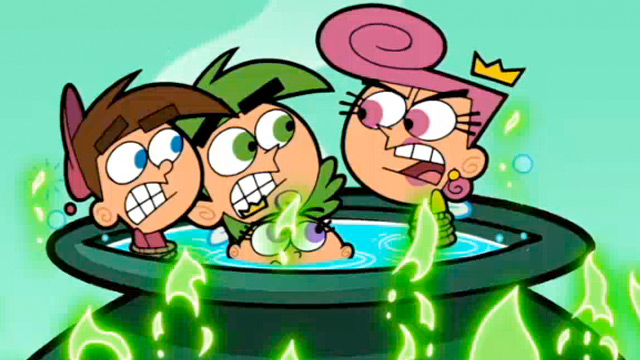 A springboard is the bare-bones idea of the script you hope to “sell” to a producer, who will then hire you to write it. At just 3-5 sentences long, it has to grab the producers’ attention and convince them your concept will lead to a great script that suits their show. It has to be original, “hook-y” and fit well to the show rules. This month, we’ve asked Baboon’s writers to shed a little light on the simple, yet elegant process.

How do you come up with, and write, a good and original springboard?

Joe Vitale (Angry Birds Toons, Felix the Cat): I always start with the hook; the one gimmick that’ll drive the story. “Character X pretends to be a member of the enemy gang!” “Character Y finds a jetpack!” or “Character Z gets amnesia!” None of these are an actual story, but they’re enough to start building a story around.

I love springboards because they don’t require you to have all the answers. You just need a hook, and if that hook gets a bite, then you can figure out the rest later.

John Fountain (The Fairly OddParents, My Life As A Teenage Robot): For example, I’ve written springboards about two characters in a staring contest, and another where the entire plot revolved around making a bowl of cereal for breakfast. Anyone can write a springboard that ends with a line like “…and then all hell breaks loose and everyone in town riots in the streets…” [But] I love the comedy that comes from unexpected places, like that little web of skin between your pinkie toes.

Meaning taking the simple idea one step or more further, to a place people usually wouldn’t think of?

Vitale: Yes. But that’s the second step. Coming up with that hook is first, and is either the easiest or hardest part of the whole process. Sometimes it’ll just come to me whether I’m looking for it or not. Other times, I have to spend a lot of time and energy thinking one up. When the latter happens, I find it helpful to leave it alone for a while and come back to it later. Restart the brain, if you will.

Then it’s simply a matter of filling in the rest with very broad strokes. If your character finds a jetpack, what’s he going to do with it? How will that affect the other characters? Will it help or hinder their overall goal? How will it create conflict? 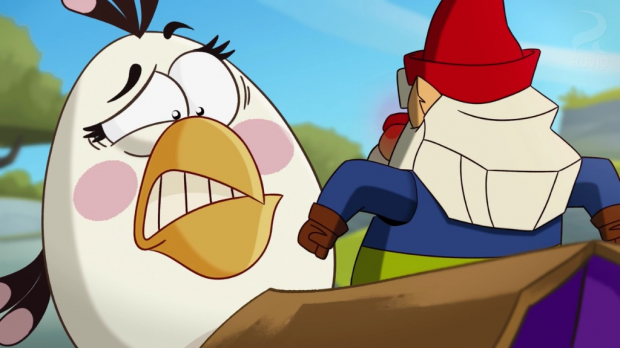 Fountain: I try to turn it into a game where I come up with the most impossibly, drastically, ridiculous idea imaginable, and then force myself to make it work. Similarly, if it’s a comedy show, I’ll start with a topic that is unfunny, and then go spelunking to mine those hidden gems in the deepest nooks and crannies of an idea for what’s funny in it.

What other ways can you then add more potency to it?

Vitale:  In action-oriented series, it’s especially helpful if you can come up with a “ticking clock,” something that has to happen in a certain time or else something bad will happen to your hero. Maybe the jetpack only has so much fuel, but your character needs to get to a far-off location. Will he make it? If not, how does he get around that and still save the day?

OK, so first find a hook, then figure out what problem this causes for a character, then add the ticking clock to put more pressure on that. Do you have to solve the ending?

Vitale: Springboards can be left open-ended (well, for most clients), which frees you up to try out as many crazy ideas as you can think up. End it with something like, “Will he make it across the Atlantic Ocean, or will the radioactive Puffer Fish catch up to him?” Of course he’ll make it — but I have no idea how. Not until the network buys the pitch and I’m obligated to figure it out in script.

You may also like...
Related Topics:Angry Birds Toons, Felix the Cat, Joe Vitale, John Fountain, My Life as a Teenage Robot, The Fairly OddParents