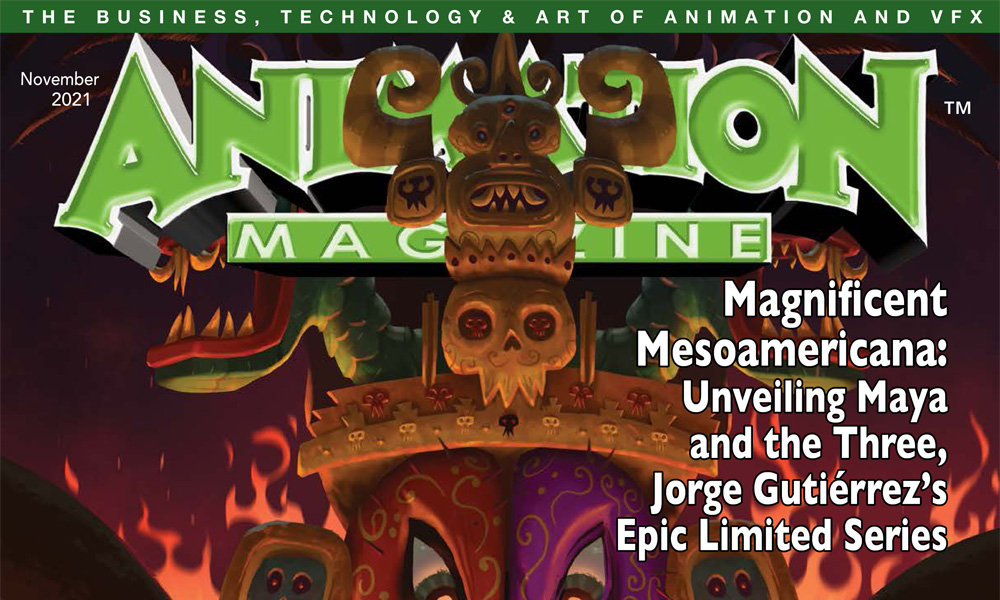 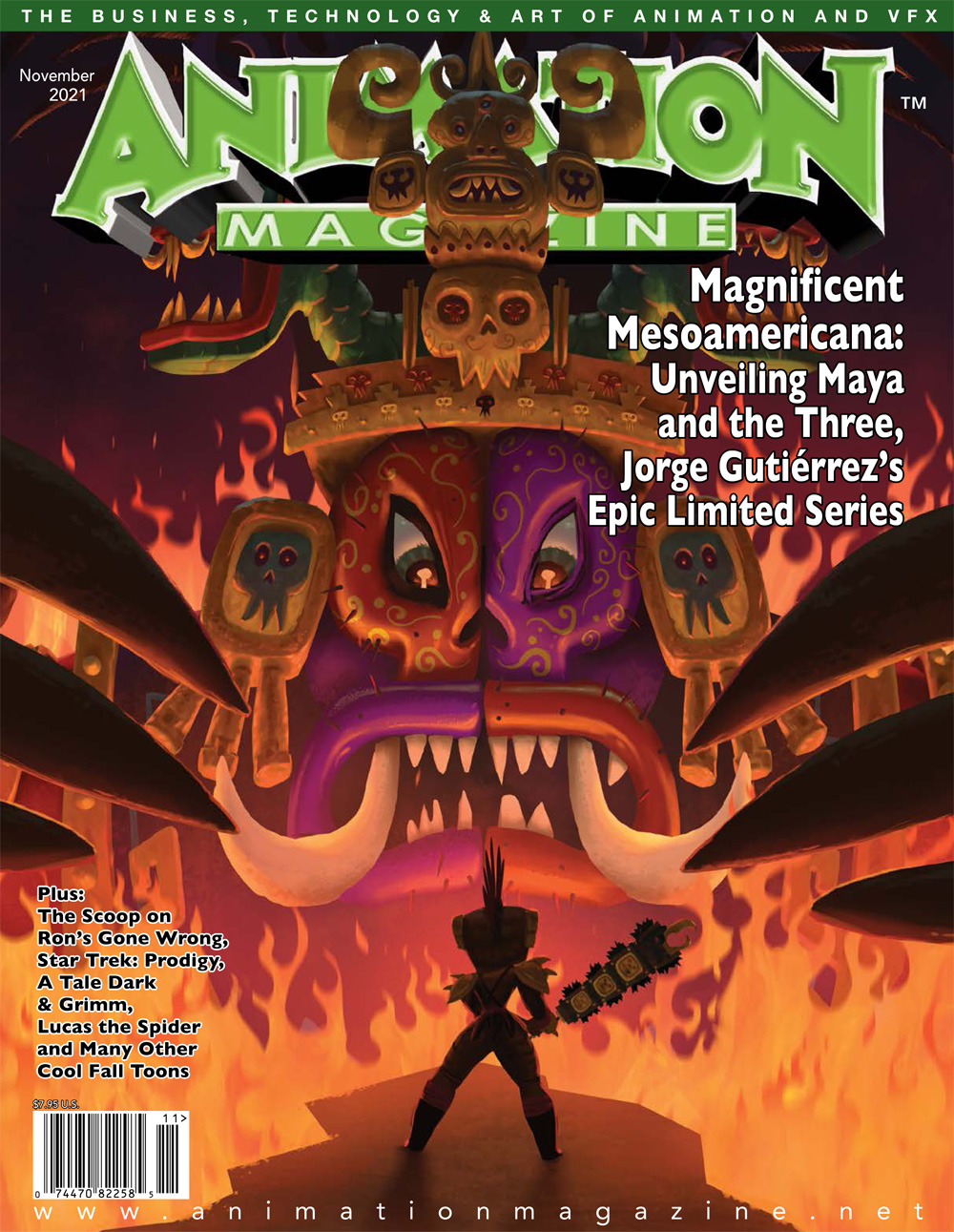 Creator Jorge R. Gutierrez reveals everything we wanted to know about his hot new Netflix show Maya and the Three.

Welcome to the strange and hilarious world of Shion Takeuchi’s Inside Job on Netflix.

The creative team behind Lucas the Spider tell us the secrets of making their wonderful preschool toon.

Netflix’s A Tale Dark and Grimm invites viewers to an unpredictable (and bloody) take on classic fairy tales.

Star Wars: Visions bridges the gap between anime and the sci-fi franchise inspired by samurai traditions.

Fresh Shows in Cannes: Highlights of the MIPCOM 2021 market.

After taking 2020 off, the Animation Is Film festival unspools a top-notch slate of global titles in Los Angeles.

A Day in the Life of Michele Schofield at One Animation.