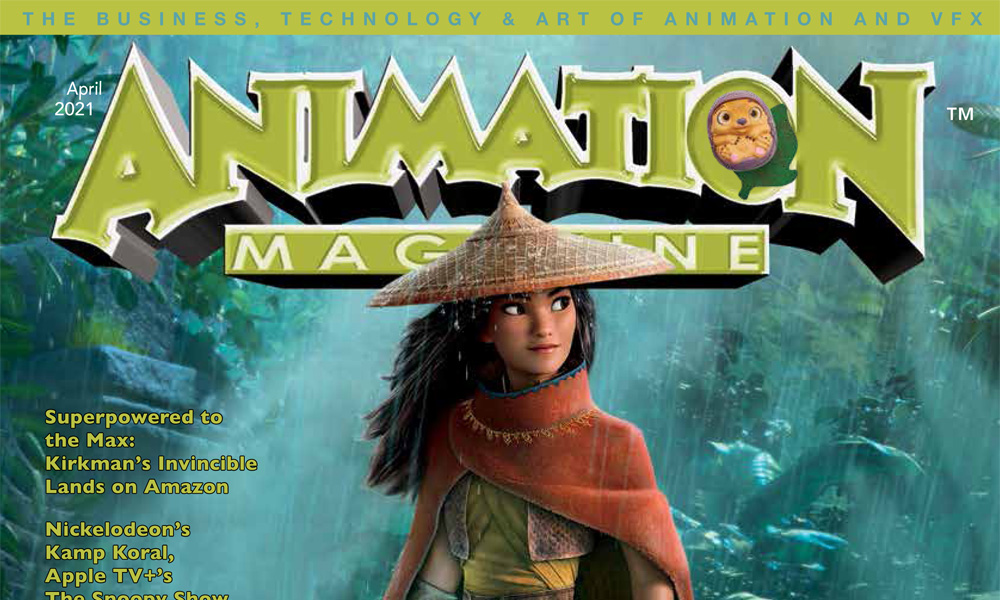 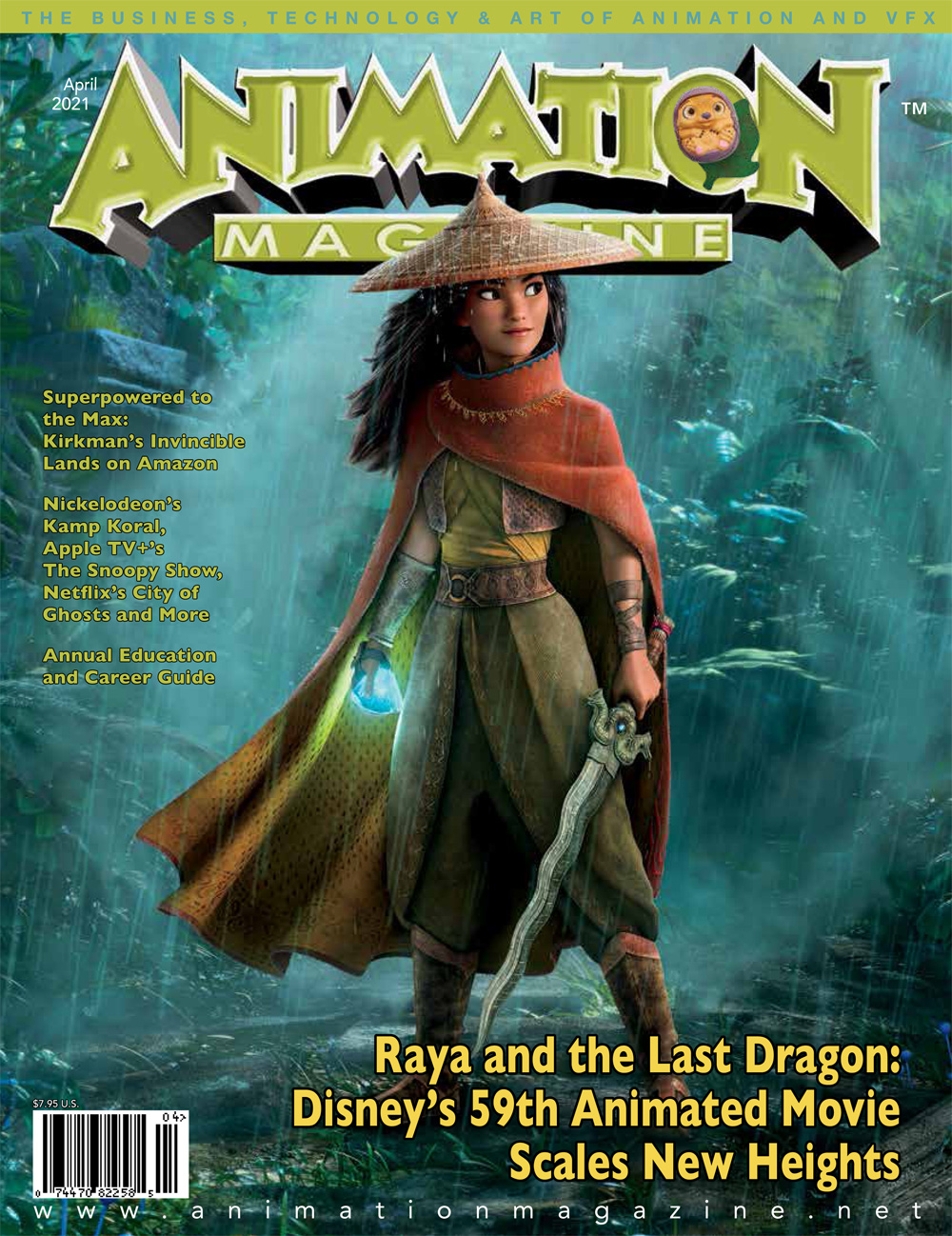 How the team at Disney created a heroine inspired by Southeast Asian culture and folklore in Raya and the Last Dragon.

An interview with comic-book titan Robert Kirkman about the making of his sophisticated superhero show Invincible.

Croatian multimedia artist Dalibor Baric talks to us about this wild experimental film Accidental Luxuriance of the Translucent Water Rebus.

The creative team behind the new Nickelodeon show Kamp Koral take us behind the scenes of their baby SpongeBob universe.

A new animated adaptation of The Runaway Bunny hops to HBO Max.

Bastien Dubois answers a few of our questions about his Sundance prize-winning short Souvenir, Souvenir.

VFX supe Geoff Scott leads us on a tour of the vfx highlights of the second season of Snowpiercer.

Our annual Education & Career Guide offers a guide to animation schools around the world as well as a look at how schools adapted to the pandemic year, and 20 Tips on building a successful portfolio.