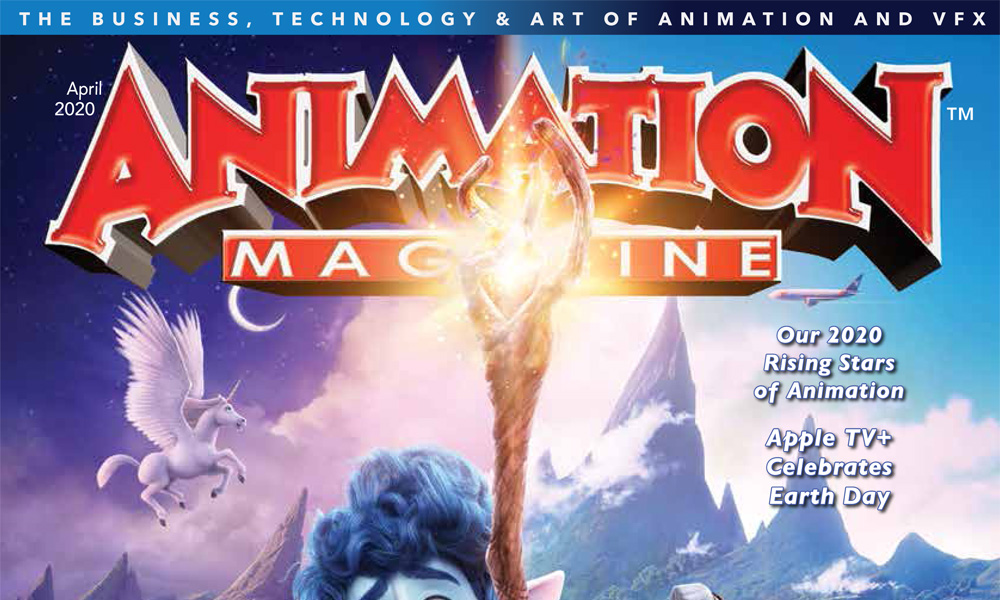 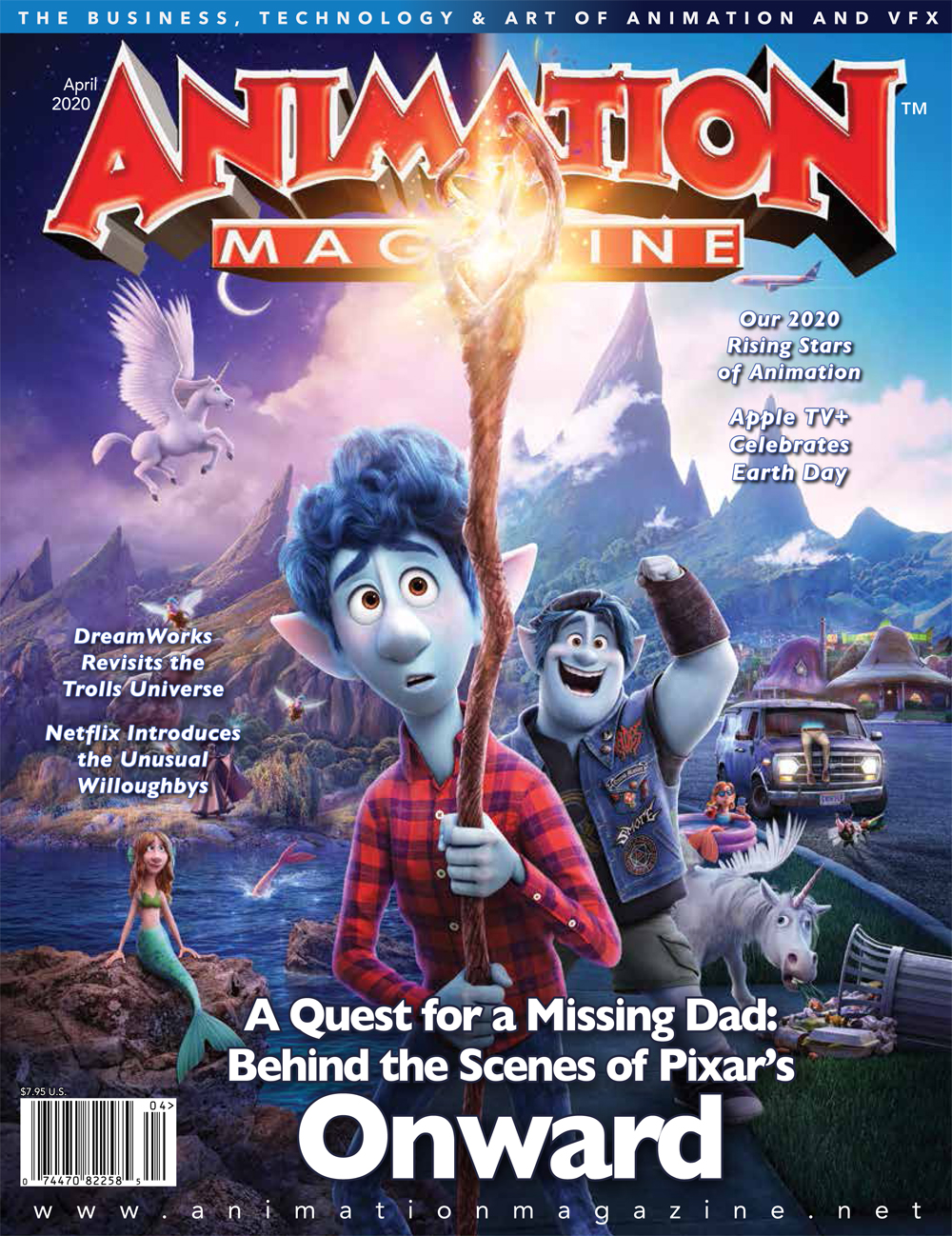 How director Dan Scanlon used some of his own family’s poignant experiences to build the fantastical world of Pixar’s Onward.

Walt Dohrn and his team at DreamWorks push the musical and visual envelope in their second visit to the Trolls universe.

Director Kris Pearn and production designer Kyle McQueen take us behind the scenes of their charming feature The Willoughbys, which debuts on Netflix in April.

Animag’s 2020 Rising Stars of Animation: We profile 14 women and men who share a passion for the art and craft of animation and storytelling, deep respect for the trailblazers before them and a burning desire to make a difference in their specific field of expertise.

Studio AKA adapts Oliver Jeffers’ popular book Here We Are: Notes for Living on Planet Earth into a stunning animated Earth Day special for Apple TV+.

A resilient street pooch and his feline buddy are the heroes of Dandelooo’s new children’s toon, Stinky Dog.

Viewers get the chance to enter the charming world of Ollie’s Pack and meet its many monsters on Nickelodeon this month.