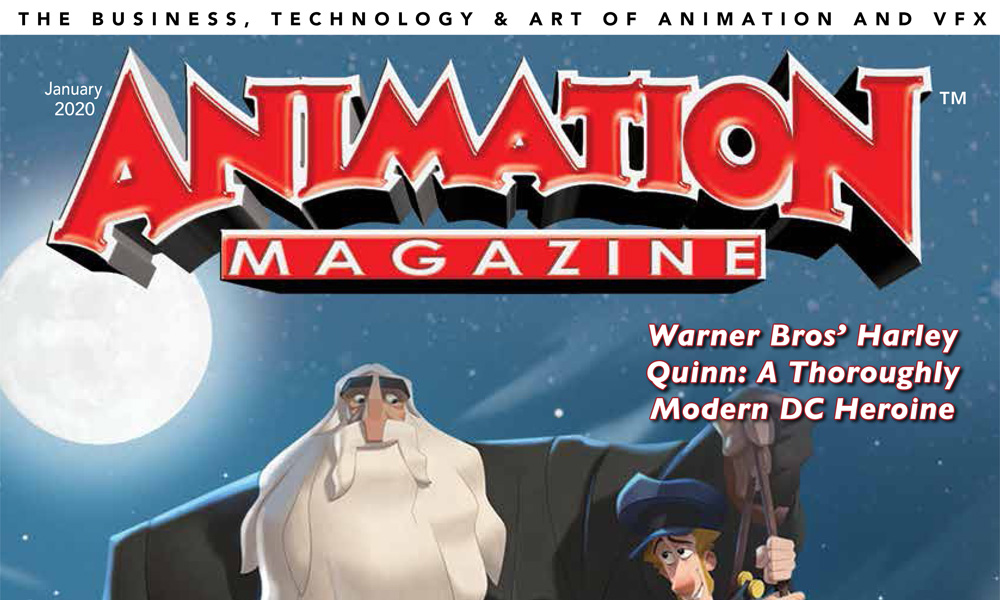 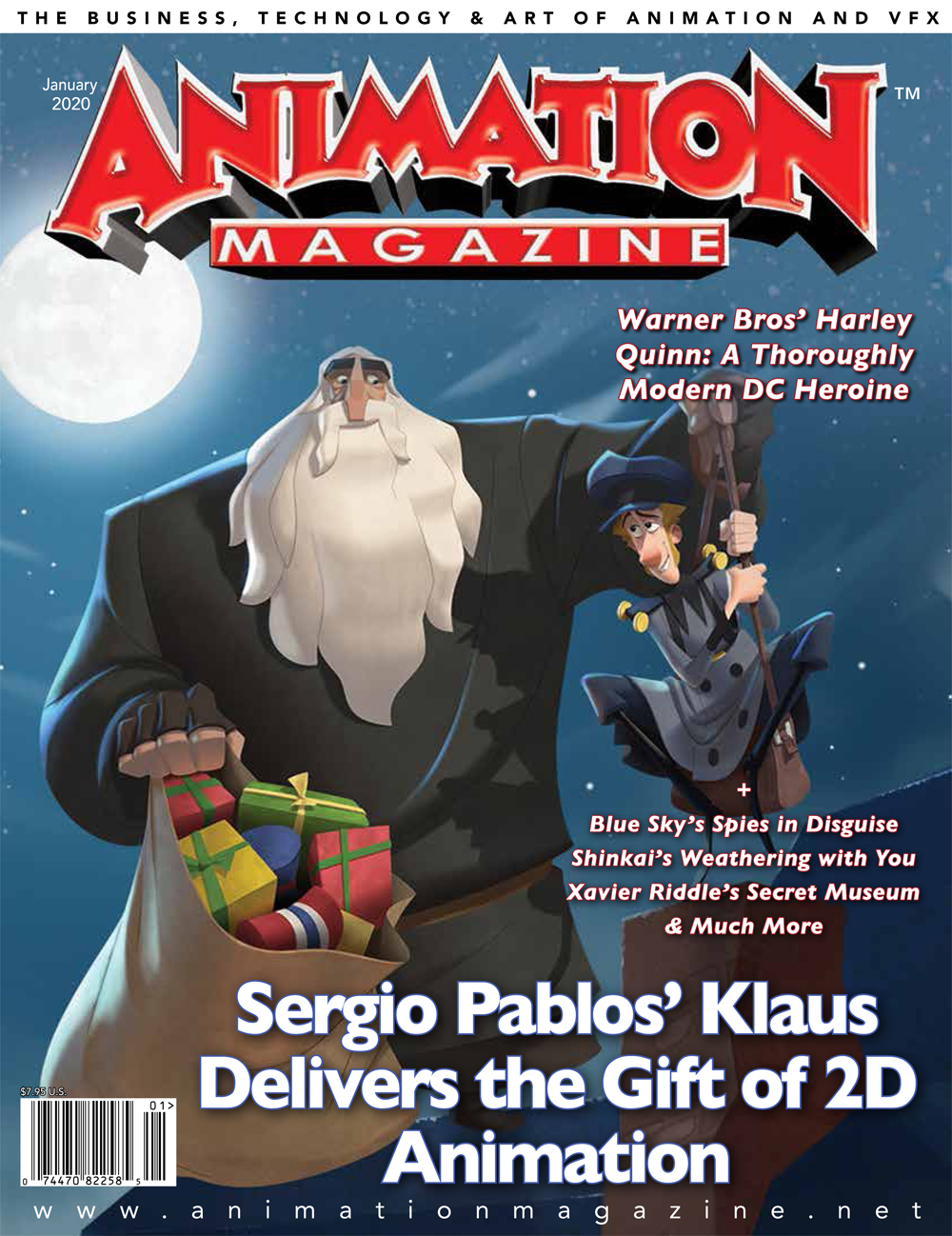 How director Sergio Pablos and his team of gifted artists at SPA studios re-imagined Santa Claus and restored the glory days of 2D animation with Klaus.

Blue Sky’s 13th animated movie Spies in Disguise puts a state-of-the-art CG spin on the classic genre and delivers a message about leaving the world a better place.

Randy Rogel looks back at his career and writing music for the classic Warner Bros.’ series Animaniacs.

Japanese auteur Makoto Shinkai discusses his career and the acclaimed new feature Weathering with You, which arrives in U.S. theaters next month via GKIDS.

Russell Dodgson shares the details of producing the stunning effects for HBO and BBC One’s acclaimed adaptation of His Dark Materials.

The Talk of Toon Town: A report on the 2019 World Animation and VFX Summit at The Garland in N. Hollywood.

How Ne Zha, an unusual Chinese animated movie about a mischievous demon boy, became one of the surprise hits of the year.

U.K.’s award-winning Lupus Films delivers a charming, 2D-animated adaptation of The Tiger Who Came to Tea.