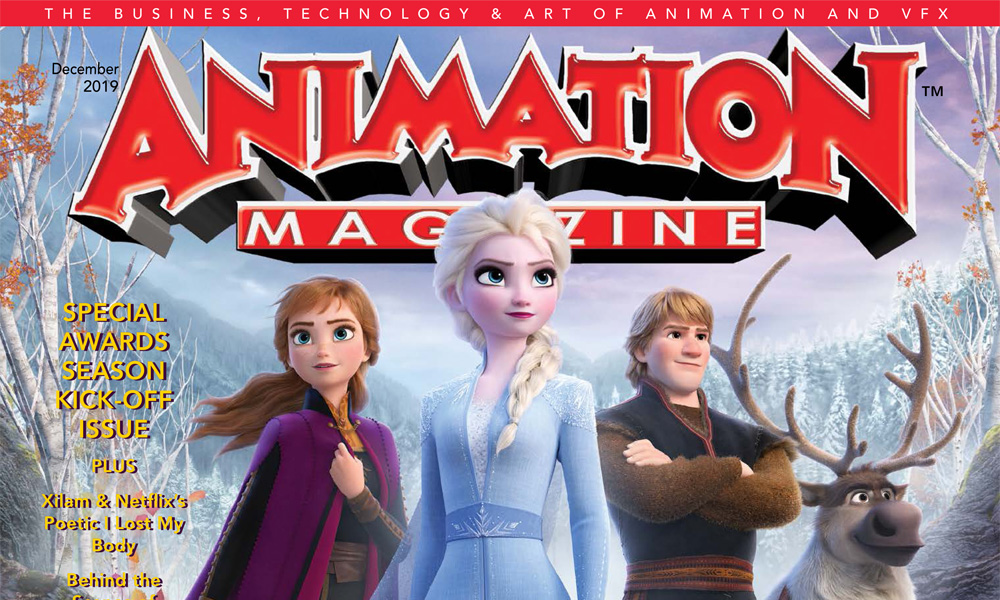 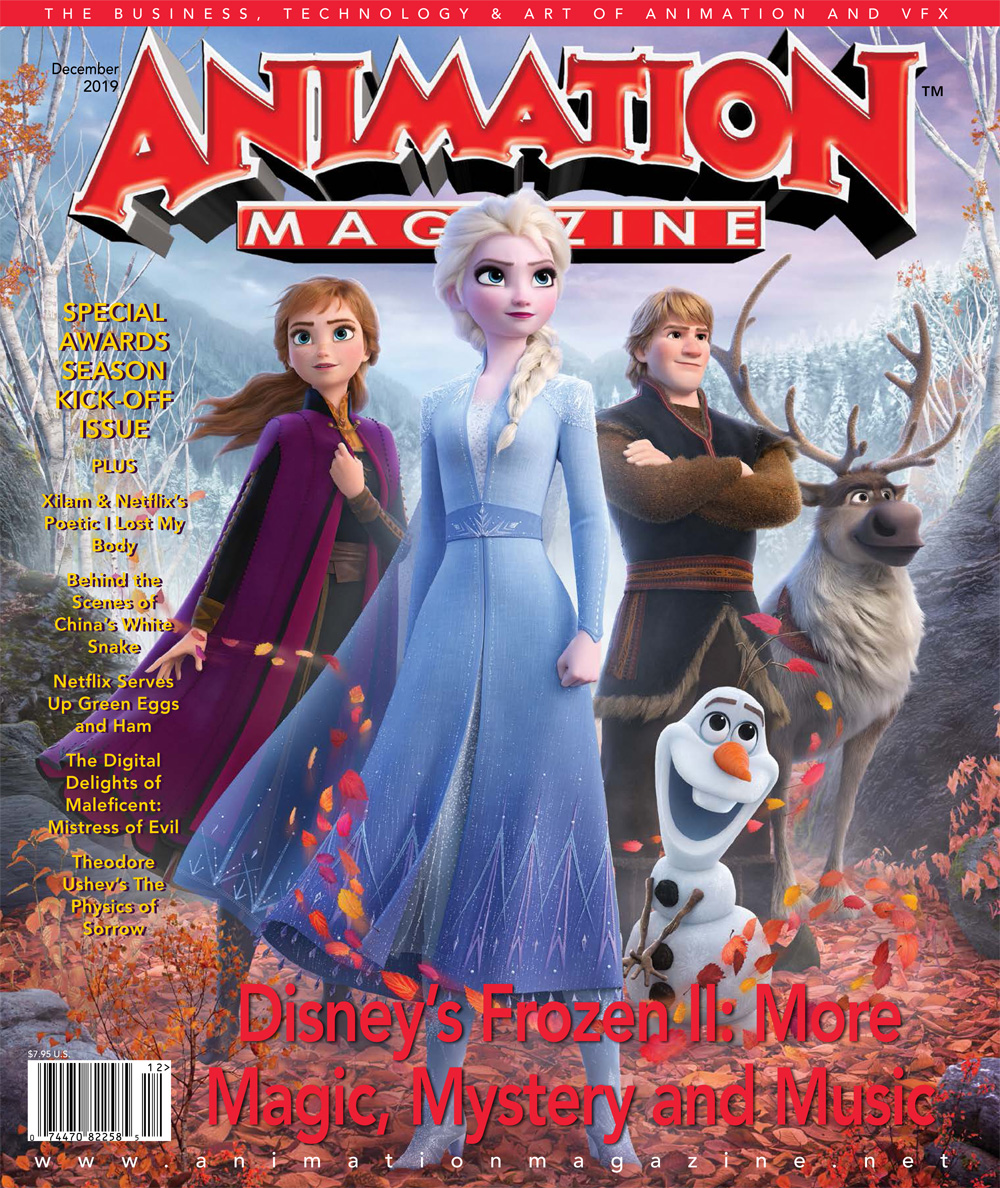 Disney goes beyond the kingdom of Arendelle and digs deeper into Elsa’s powers in the much- anticipated Frozen sequel.

Director Jérémy Clapin discusses the challenges and rewards of directing his critically acclaimed first feature I Lost My Body.

China’s acclaimed CG-animated feature White Snake slithers to U.S. screens this month, thanks to a limited release via distributor GKIDS.

How Dr. Seuss’ beloved Green Eggs and Ham became an inventive, 13-part animated series, which debuts this month on Netflix.

Writer/exec producer Nicole Dubuc discusses her new Disney Junior series The Rocketeer, which centers on a young girl with a flying rocket-pack.

The View from the Top: Some of the year’s top feature directors discuss their favorite scenes and their take on the animation scene today.

The talented team behind the award-winning French student short Hors Piste looks back at a phenomenal year.

Oscar-nominated director Theodore Ushev’s The Physics of Sorrow is hailed as a masterpiece both for its poetic subject matter and its novel use of melted beeswax as animation medium.

Bringing back Maleficent for her second live- action feature adventure proved to be even more visually challenging than the first outing.