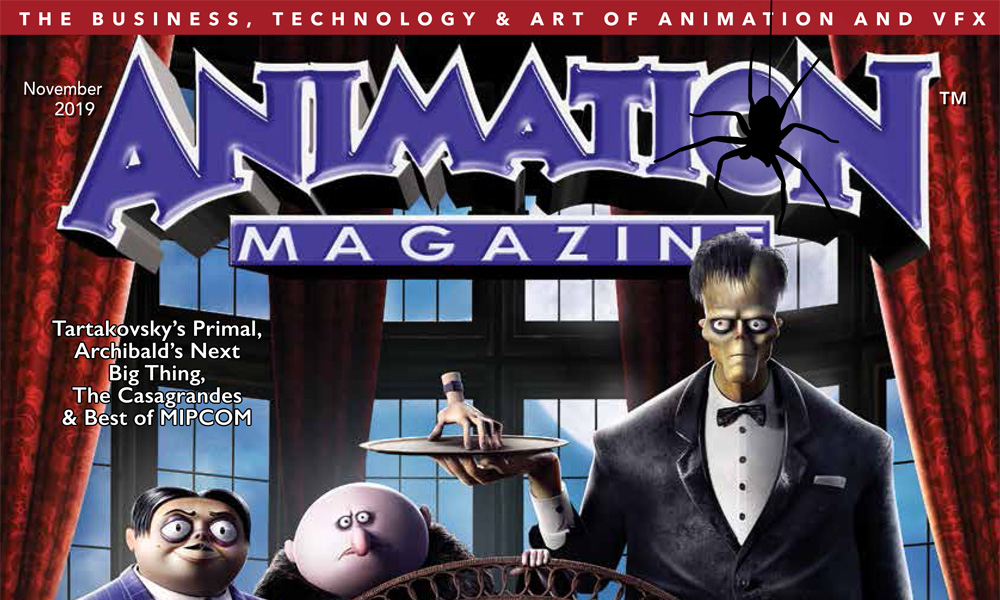 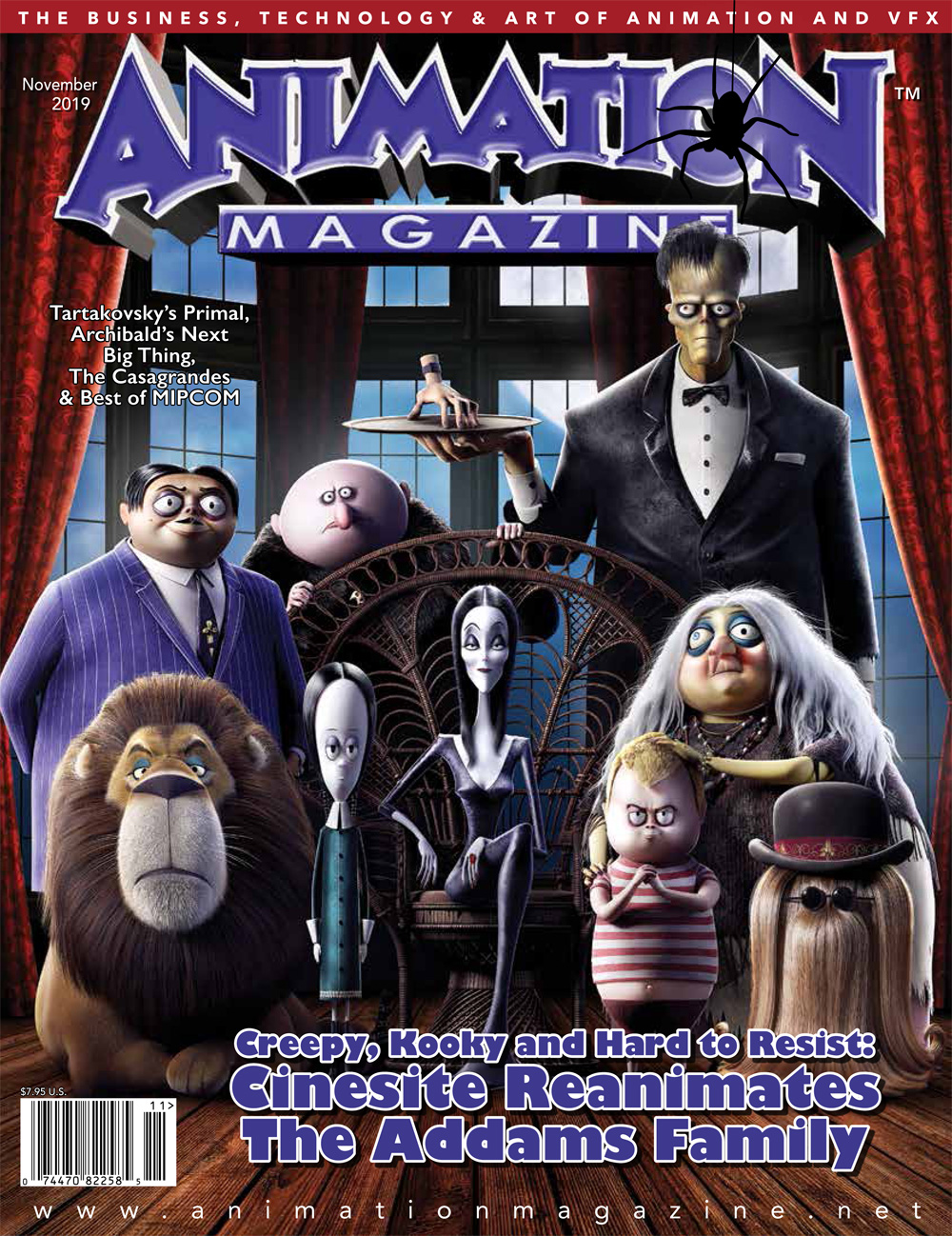 The directors of The Addams Family discuss their new animated version of the beloved comic.

The team at DreamWorks Animation looks back at 25 years of beloved characters and artistic achievements.

GenndyTartakosvky digs into the fossil record of his new Adult Swim series, Primal.

The new animated series Treasure Trekkers uses Unity to tell the stories of three globe-trotting mice as they hunt for lost treasures around the world.

We take the pulse of animation in the U.K. as the country reels from a tumultuous summer.

A who’s who of the industry will gather at the Garland Hotel in N. Hollywood for next month’s World Animation and VFX Summit.

Animation Is Film is back with another weekend packed with screenings of the best indie movies and making-of panels.