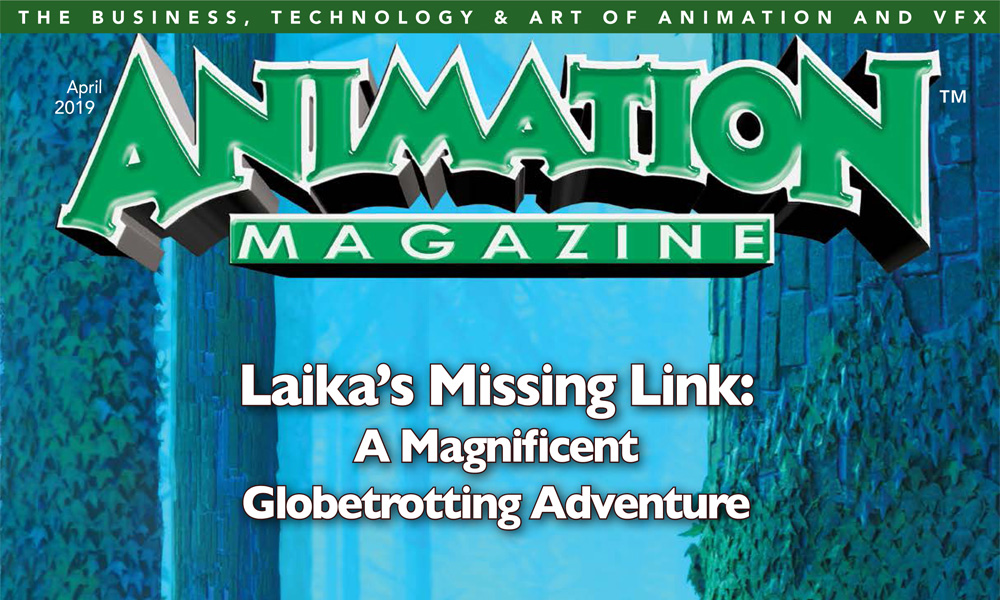 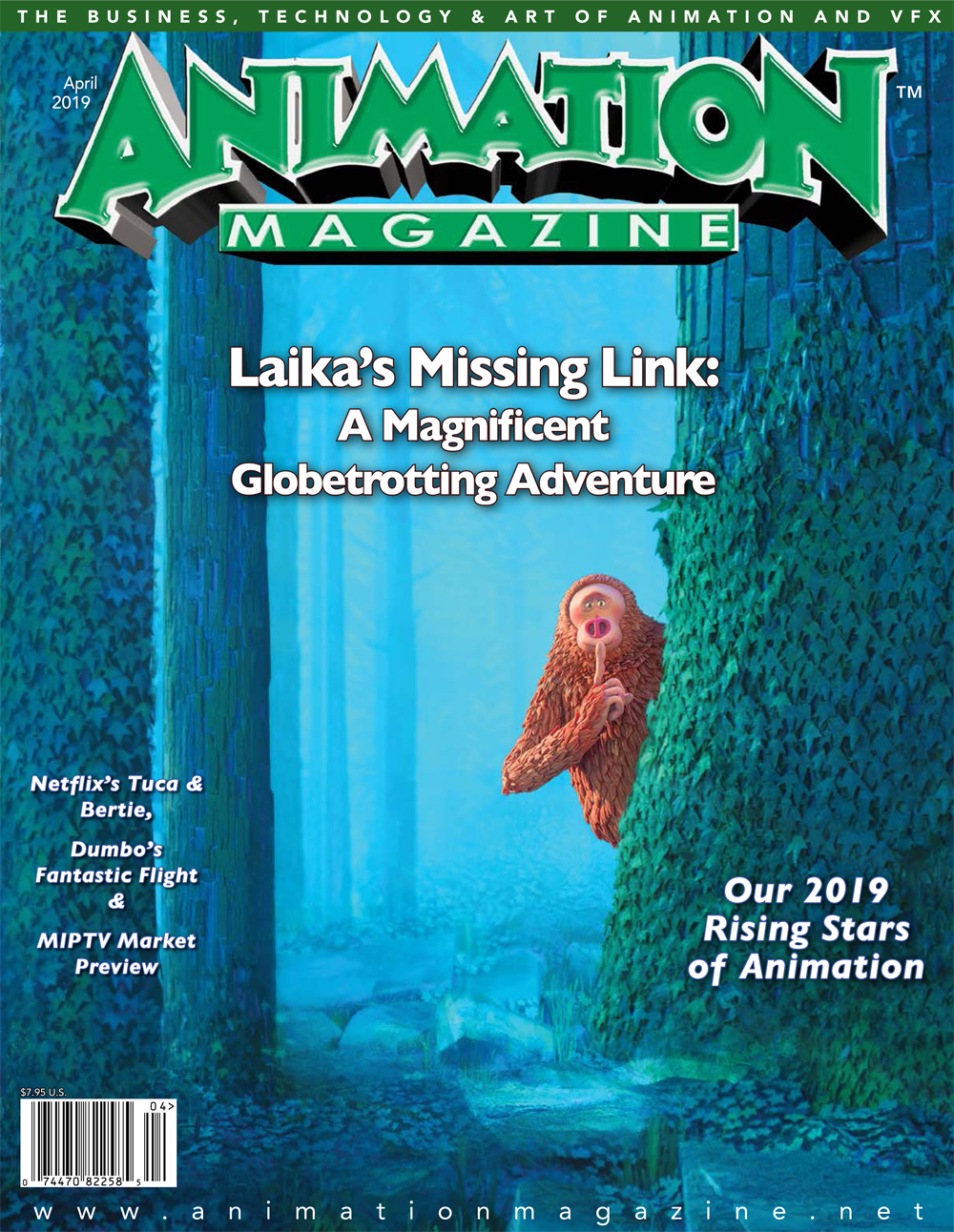 Around the World in Stop-Motion
How director Chris Butler and his meticulous team at Laika built the visually stunning, eccentric and madcap world of Missing Link.

Rising Stars of Animation 2019
Our annual spotlight on 16 talented up-and-coming animation professionals gets an encouraging expansion this year.

Fresh Fare with a French Flair
Xilambrings a crop of original animated projects to the MIPTV market.

Animation Outlook
Execs share their take on the global scene in advance of this month’s MIPTVin France.

State of the Art: The Truth about Digital Doubles
Why and how to animate characters that are indistinguishable from real humans, according to Cubic Motion