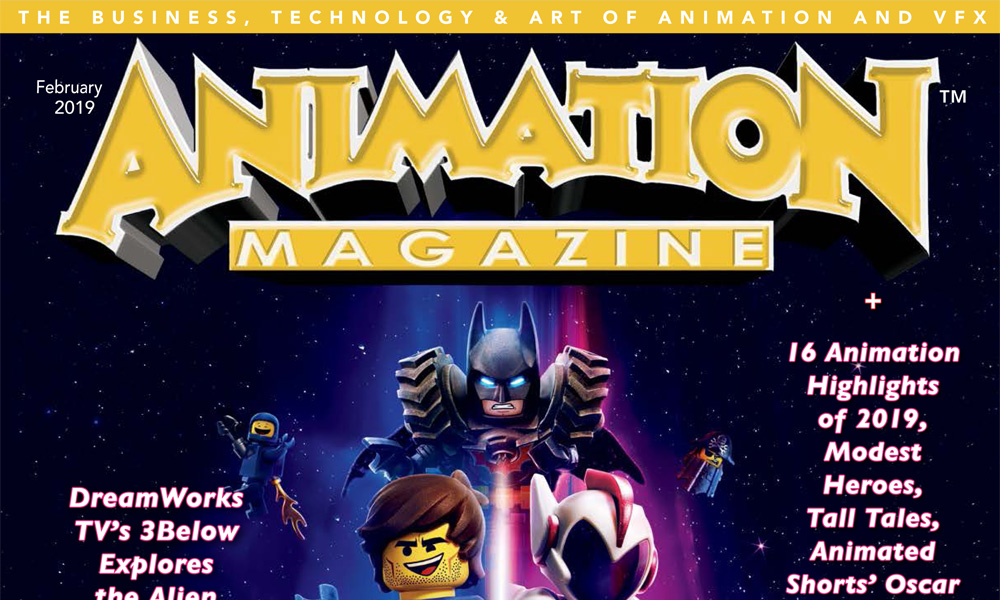 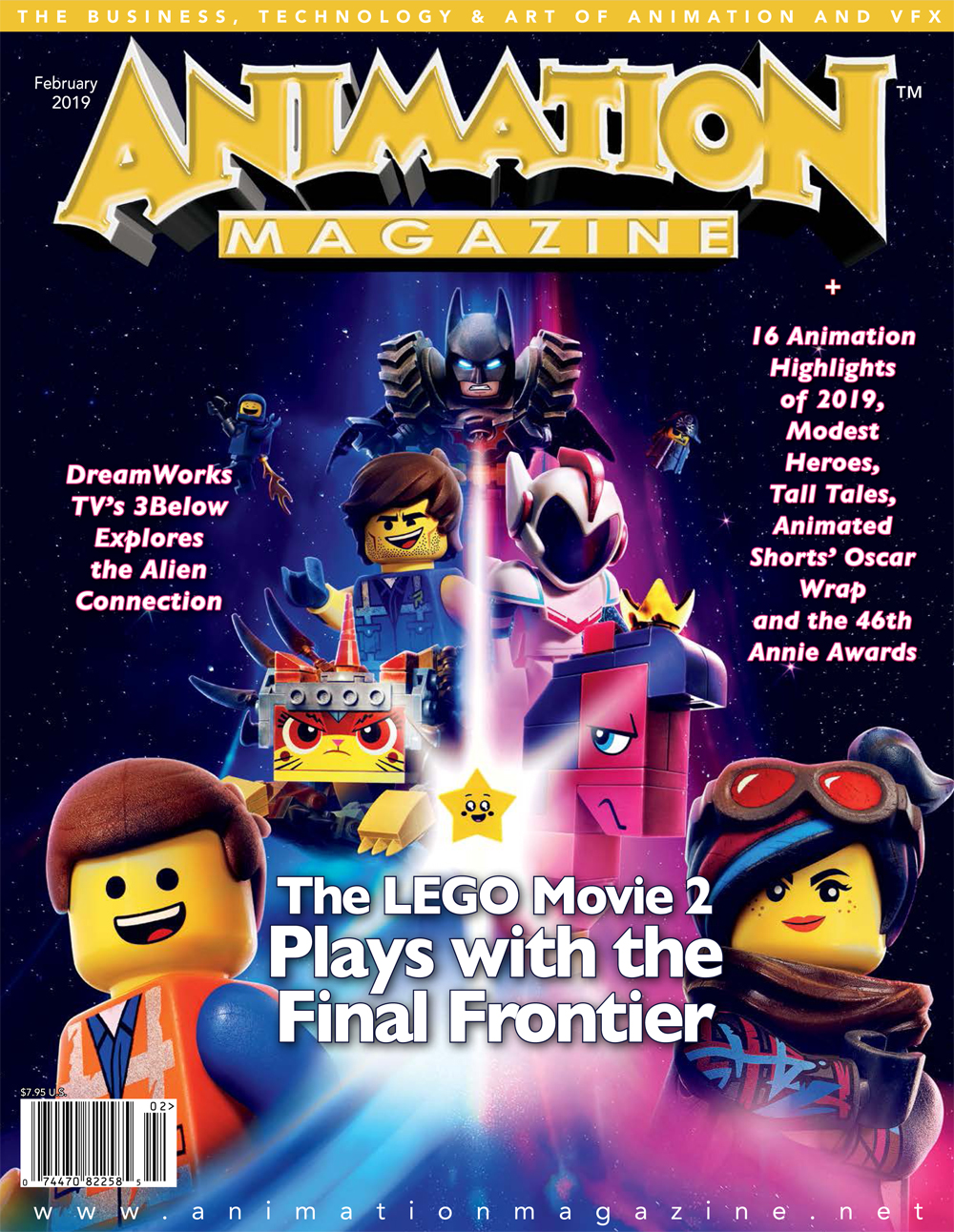 Playing Outside the Box
Directors Mike Mitchell and Tricia Gum bring new perspective, various forms of animation and lots of humor to the new Warner Bros feature The LEGO Movie 2: The Second Part.

Adventures in Bugsville
ON Animation brings the charming insects of AntoonKrings illustrated children’s books to life in the new movie Tall Tales.

Aliens Among Us
The three talented exec producers of DreamWorks TV’s 3Below: Tales of Arcadia discuss the challenges and creative journey of the much-anticipated new series.

All the Right Notes
We catch up with some of the biggest composers working in the animated feature business in this look at the music of Spider-Man: Into the Spider-Verse, Incredibles 2, Ralph Breaks the Internet, Isle of Dogs, Miraiand Smallfoot.

Spotlight on Greatness
The 46th Edition of the Annie Awards promises to be another memorable night celebrating the year’s best achievements in animation.

In Memoriam
A look back at the many amazing men and women who left us in 2018.

And Then There Were 10
A recap of the ten big tiles vying for nomination in the Best Animated Short Oscar race.

A Son Remembers
An interview with young filmmaker Perry Chen who discusses the making of his new animated short inspired by this father’s life, Changyou’s Journey.

Village of the Living Dolls
VFX supervisor Kevin Baillie shares some of the secrets of building lifelife CG dolls for Robert Zemeckis’ Welcome to Marwen.