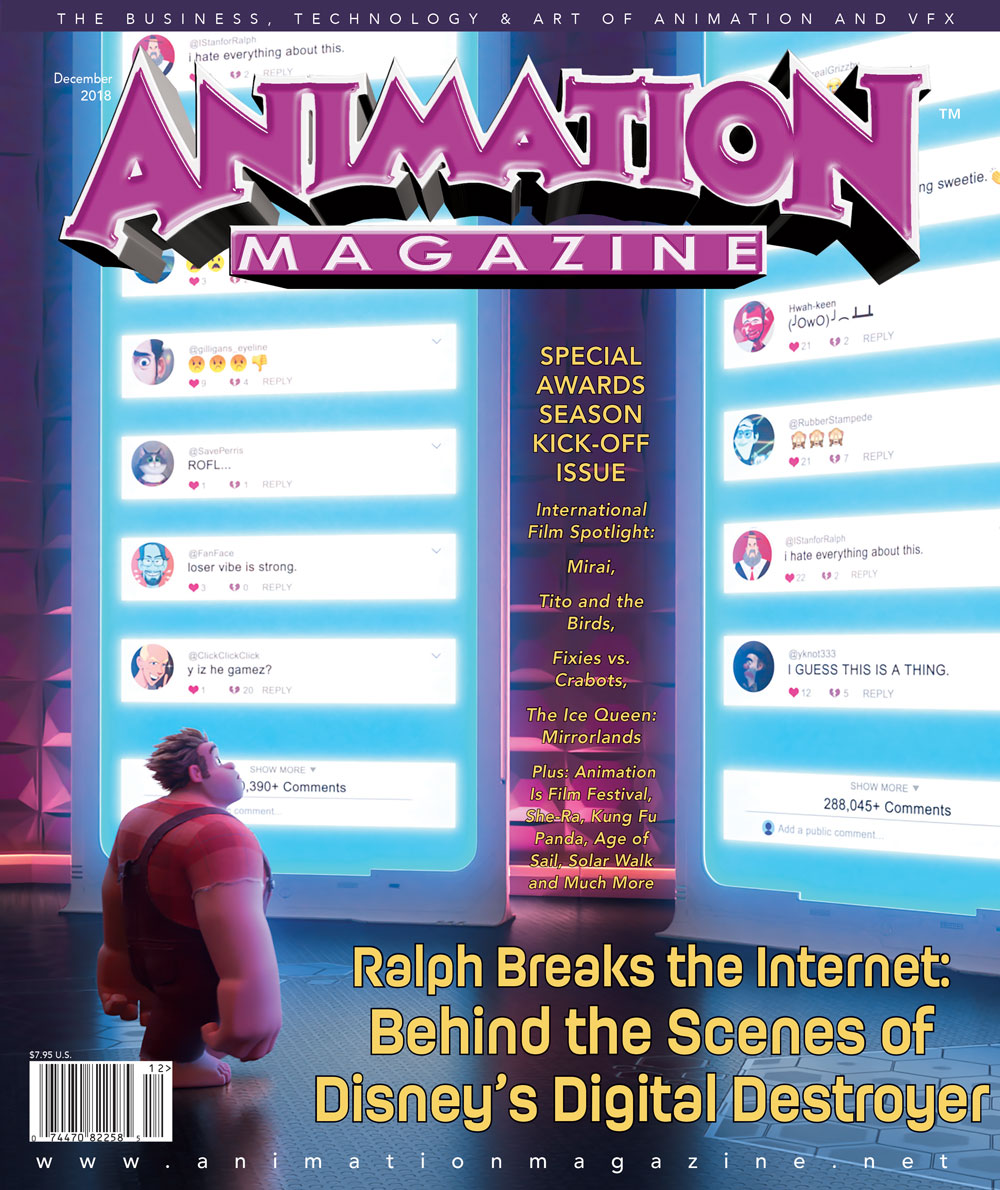 16   Fighting a Climate of Fear

Director Mamoru Hosoda discusses how he approached sibling rivalry and an honest portrayal of family dynamics in his seventh feature, Mirai.

Aeroplane’s popular little characters are getting ready for their second big international movie, Fixies vs. Crabots.

A dozen hotly anticipated animated features to put on your much-watch list ahead of the 92nd Academy Awards race!

The second edition of L.A.’s Animation Is Film festival offers a great selection of acclaimed movies from around the world, as well as in-person appearances and lively panels.

Creator Noelle Stevenson shares her thoughts and creative process on DreamWorks’ much-anticipated new series, She-Ra and the Princesses of Power.

The winners of this year’s Student Academy Awards are all women, and display remarkable artistry and talent.

How to get your animated show on streaming services.

54   When Patience Is Rewarded

Réka Bucsi wants audiences to feel the warmth emanating from the mystical creatures of her award-winning short Solar Walk.

56   A Familiar Vessel Takes Off Again