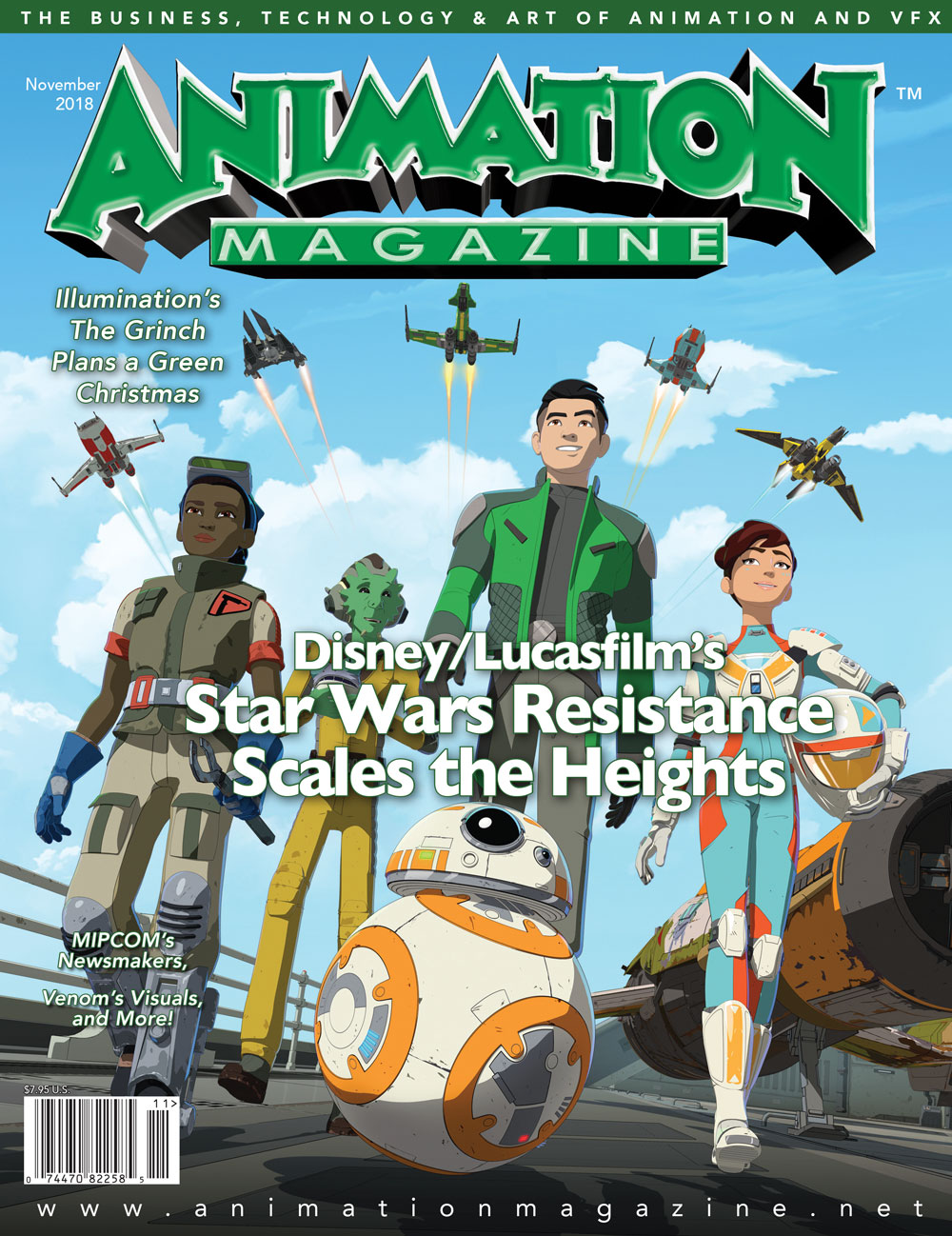 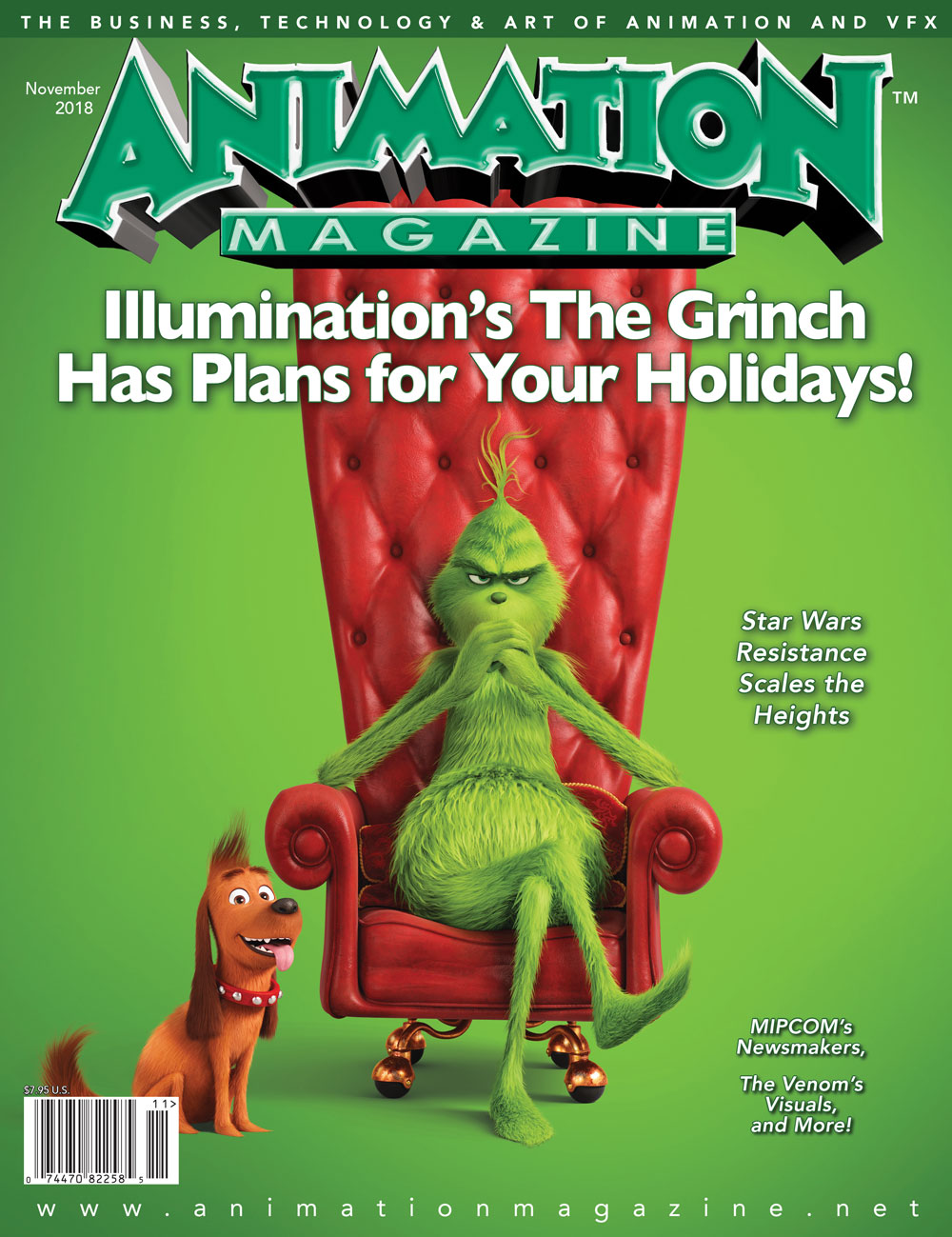 This month’s on-disc and in-print essentials.

The new CG-animated feature The Grinch digs deeper into the world of the favorite holiday curmudgeon.

12   The Force Is Alive and Animated

The team behind Disney-Lucasfilm’s Star Wars Resistance discuss the making of the stunning new show.

Despite the government’s plans for France 4’s shutdown, TV and feature studios continue to thrive in France as animation becomes the country’s top content export.

We would all love to know more about the all-powerful animation gatekeepers and execs who attend the content markets all over the world. What goes on in their busy minds and what makes them happy?

October is a busy month for TV and digital content producers, buyers and distributors as the MIPCOM market kicks into gear at the Palais des Festivals in Cannes (Oct. 15-18).

Fresh TV and Cartoon Network’s Total DramaRama brings back the cast of the popular animated teen reality show spoof, but makes them younger — a lot younger!

40   The New World of Copernicus

State of the Art

48   The Art of Producing Perfect Parasites

Adapted from Yusei Matsui’s manga, Assassination Classroom is a sci-fi coming-of-age story with everything on the line.

Directed by Jeff Gipson, Disney’s first original VR short Cycles follows the lives of a family in a mid-century home.

This month, we catch up with the lovely showrunner of popular British kids’ show Floogals.