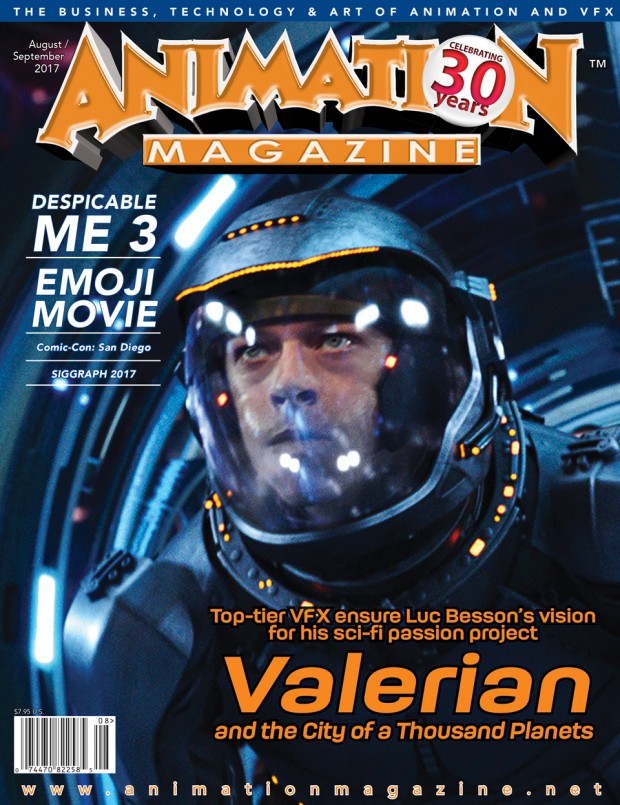 Illumination doubles the trouble by giving Steve Carell’s reformed villain a brother and a 1980s-inspired antagonist for Despicable Me 3.

Sony Pictures Animation goes for laughs and relevance by turning the ubiquitous digital icons into the stars of The Emoji Movie.

NBA legend Kobe Bryant taps animation icon Glen Keane to animate him for the short Dear Basketball, which turned out to be an eye-opening experience for both superstars.

A cool cast of kids explore oddball happenings in their apartment building in Nick’s most-recent animated series, Welcome to the Wayne.

The growing field earns a larger role at SIGGRAPH, which expands the VR Village and incorporates the technology into its iconic Computer Animation Festival.

Rainmaker turns to Epic’s Unreal Engine to create a hybrid pipeline for ReBoot: The Guardian Code, the long-awaited reimagining of the popular and groundbreaking 1990s series.

A Con for Pros

Comic-Con International San Diego has always been primarily for fans, but there’s also plenty there for professionals looking for insights as well as fun times.

Brand Licensing Europe projects growth for this year’s even in London that will reflect the strength of the industry across the continent.

Luc Besson’s long-term plan for Valerian and the City of a Thousand Planets enabled top VFX artists to bring to digital life his vision of an alien-filled epic for the ages.

Up Close and Personal

Weta Digital continues to push the envelope of realism by mixing mo-cap and animation to create convincing nonhuman characters for War for the Planet of the Apes.

MPC pulls out all the stops to create iconic battles in places real and fictional for the breakout comic-book movie hit Wonder Woman.