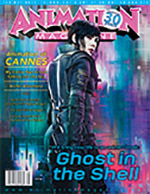 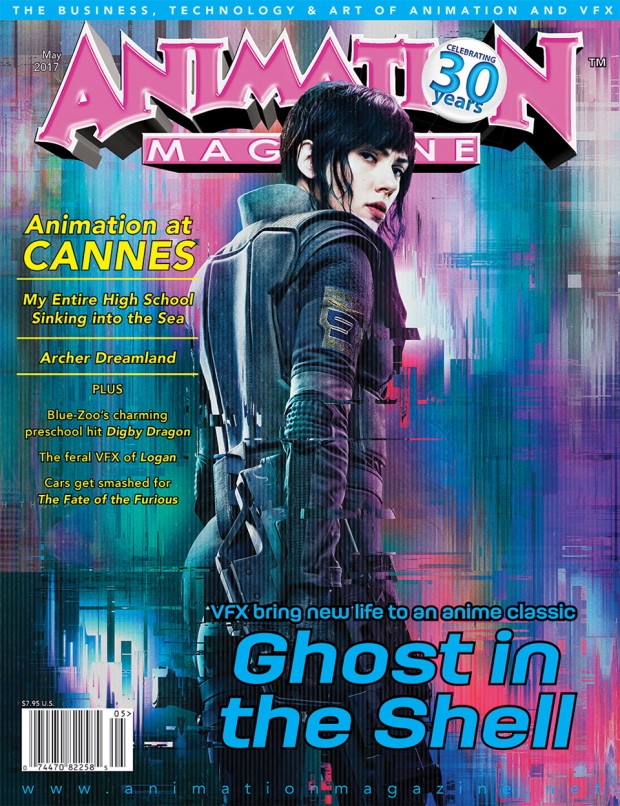 Perfect Match
The show runners behind DreamWorks’ new Spirit Riding Free series for Netflix bring a widescreen, Western look to new toon adventures for a girl and her horse.

Spotlight: Cannes Film Festival
Toon Competition
A trio of hardy animated shorts score coveted competition slots in the Cannes Film Festival, the world’s most prestigious platform for motion pictures.
Window of Opportunity
Animation Day in Cannes returns to give projects a platform at the esteemed festival.

Animation Magazine Turns 30
At the End of a Century
Animation radically transformed on the big screen and small, with huge successes and more than a few worthy but failed experiments marking the millennial transition.

Hard Wired
An iconic anime gets a live-action update as Scarlett Johansson steps into the Major’s shoes in Ghost in the Shell.

Crash Course
Amazing cars, exotic locales and refined VFX work on a super tight schedule help The Fate of the Furious raise the bar for the long-lived franchise.