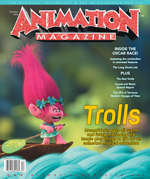 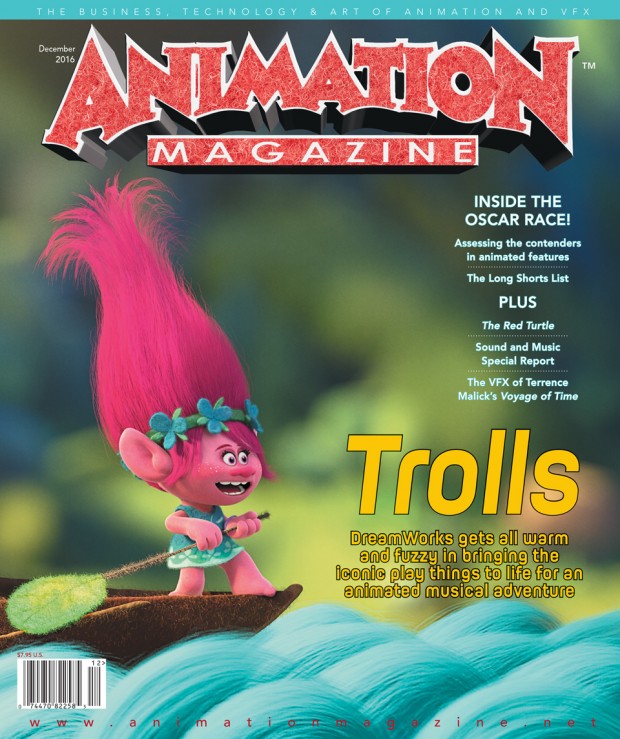 Open Play: Trolls jumps from a well-known but undefined toy store staple to the big screen with a big splash of color and music via DreamWorks Animation.

Gold Grabbers: A deep range of features contend for honors, kudos and statuettes in one of the most competitive years for animation in Oscars history.

View from the Top: With so many features defining a diverse year for the industry, directors of some of the top  films of 2016 weigh in on the process and the state of animation. By Karen Idelson.

The Long Shorts List: A list of the films that have to date qualified to compete in the Best Animated Short category for the 89th annual Academy Awards.

Hitting all the Right Notes: Eight of today’s top animation composers discuss their first big breaks and offer tips on how to thrive in the toon music business.