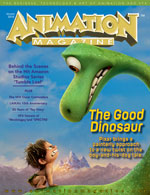 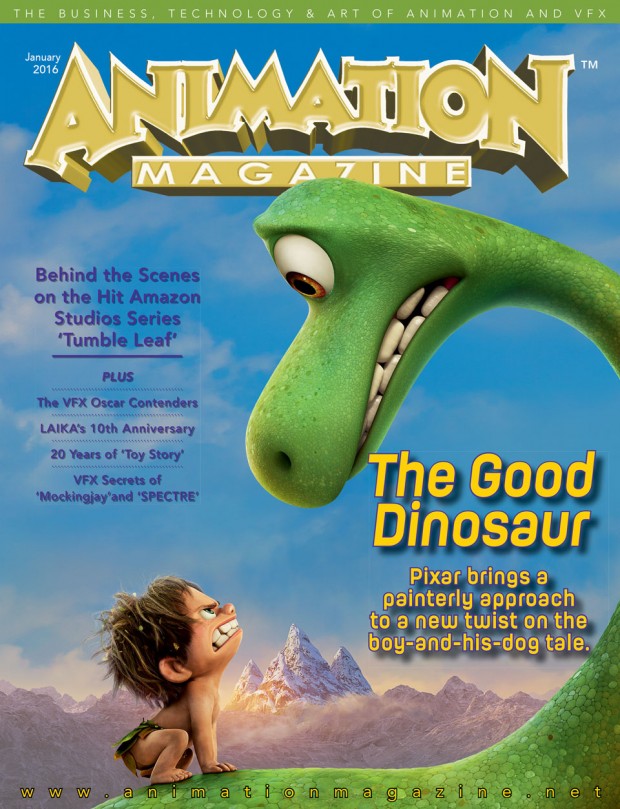 Home on the Range

Environment plays a key role in a tale that puts a twist on the classic boy-and-his-dog premise  in Pixar’s The Good Dinosaur.

Into the Melting Pot

The first all-digital animated feature — and the people who worked on it — is still shaping the future of animation.

LAIKA celebrates its 10 anniversary by pushing the time-honored technique of stop-motion to new levels of creative and commercial success.

Taking a long-term view pays off for Bix Pix Entertainment with the success of its Amazon Studios preschool stop-motion series Tumble Leaf.

The Academy narrows the eld of contenders for the animated short Oscar from 60 to 10.

The fourth annual World Animation and VFX Summit provided an ideal forum for the global industry’s most fascinating participants to exchange ideas and insights with each other.