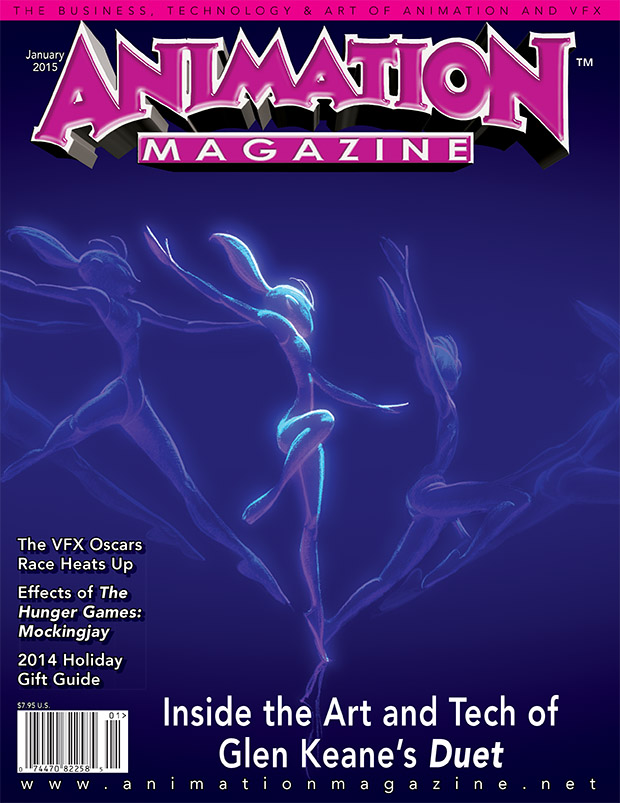 The 2015 race is a hot one that’s looking more even this year without a hugely dominant film like last year’s Gravity.

Naturalistic and convincing environments form the canvas for the subjective storytelling of The Hunger Games: Mockingjay – Part 1.

The Evolving Role of the CG Director of Photography

The key live-action title is gaining traction in the animation business after years of being seen as a largely live-action only task.

While American animation heroes appear above money problems, Japan’s struggle to scrape by in the modern economy.

Under co-presidents Kristy Scanlan and Marge Dean, the revamped Women in Animation has seen unprecedented growth.