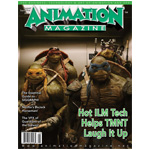 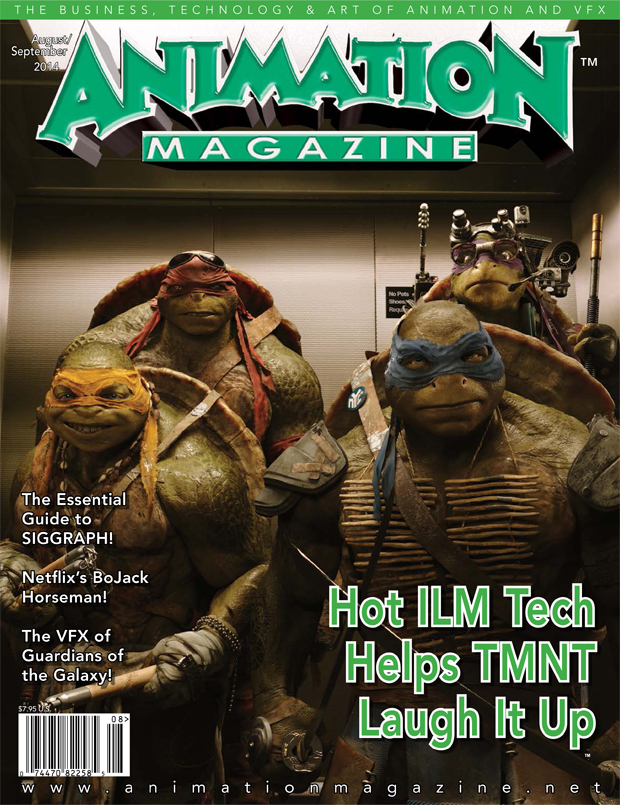 Mutated Tech Brings Laughs, Action to Turtles
ILM mashes up motion-capture and animation in new ways to live up to the mix of comedy and thrills that define Teenage Mutant Ninja Turtles.

Saddle Up!
Netflix gets animated with BoJack Horseman, a comic take on a washed-up former sitcom star that is the streaming service’s first original toon.

Falls’ Inevitable Return
Creator Alex Hirsch talks about the long-awaited second season of Disney’s Gravity Falls — and how the cult series is evolving to meet expectations.

Animals in Plants — in Space!
Framestore and MPC each faced distinct challenges in animating Guardians of the Galaxy‘s Rocket and Groot.

Heist Style
The Suicide Squad take center stage in Batman: Assault on Arkham, which mixes the gritty world of the hit video game with a stylish take on the big crime genre.