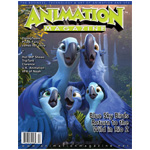 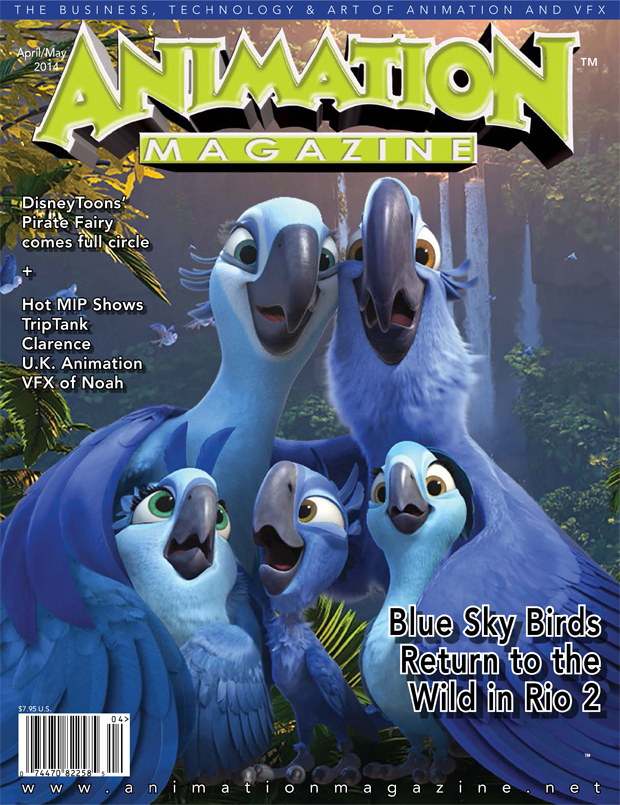 Return to Rio
Director Carlos Saldanha and Blue Sky Studio fly Blu, Jewel and friends into the unknown territory of the Amazon in Rio 2.

Connecting to a Classic
DisneyToons’ The Pirate Fairy steers the Tinker Bell franchise into familiar territory that closes the gap with its origins in 1953’s Peter Pan.

A Comic Approach
Creators of Comedy Central’s TripTank pull together a diverse slate of shorts that pair up top comedy acts with animation.

A Universe of Evil Parody
Robot Chicken returns to the world of DC Comics for a new special, followed by the lucky seventh season of the Adult Swim hit.

Turn it Up to Eleven
A list of 10 plus 1 shows to watch out for on the floor at MIPTV during the annual market.

Fear and Tooning in Venice
Cartoons on the Bay puts Russian animation at the top of its billet, which is well-rounded with celebrations of Italian and global animation hits.

A Big Relief
New tax credits are giving an immediate jolt to the U.K. animation industry.