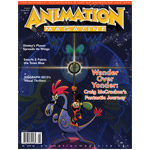 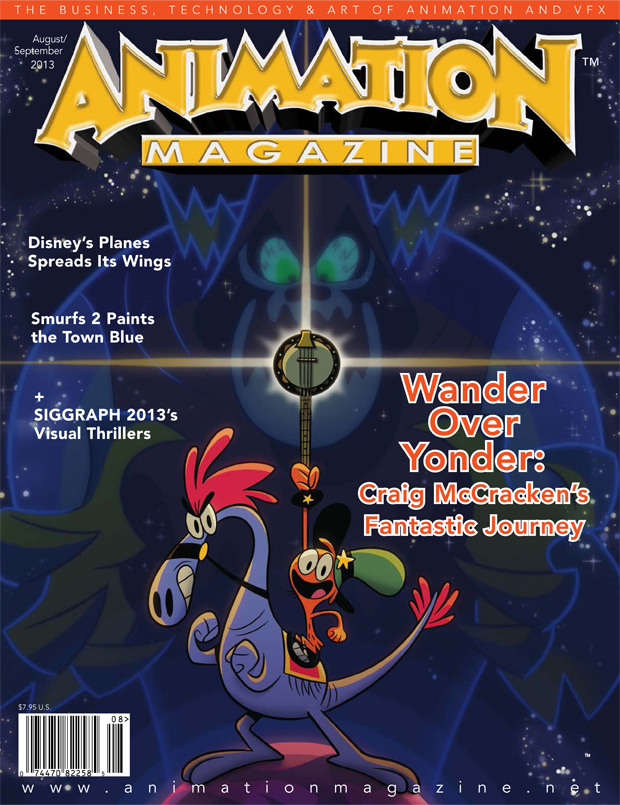 A Walk on the Bright Side
TV animation auteur Craig McCracken chats with us about the challenges and rewards of his charming new Disney Channel show, Wander Over Yonder.

Flying the Friendly Skies
Disney’s Planes takes off thanks to a crowd-pleasing storyline and colorful cast of high-flying characters.

The Battle for Smurfette’s Soul
The Smurfs 2 director Raja Gosnell and animation director Richard Hoover spill the beans on the trials and tribulations of bringing the little blue creatures’ second big cinematic adventure to life.

How to Hatch Thrones’ Dragons
Pixomondo’s Sven Martin talks about creating the stunning dragons and other fantastic visuals for HBO’s hit series Game of Thrones.

Hulk to the Power of Five
Expect lots of larger-than-life dilemmas, plenty of action and dysfunctional family jokes in Marvel’s new series Hulk and the Agents of S.M.A.S.H. for Disney XD.

So This Is What It’s Like When Worlds Collide!
This summer, Disney Channel offers a special treat for toon heads and comic-book fans as Phineas and Ferb encounter the Marvel Universe.