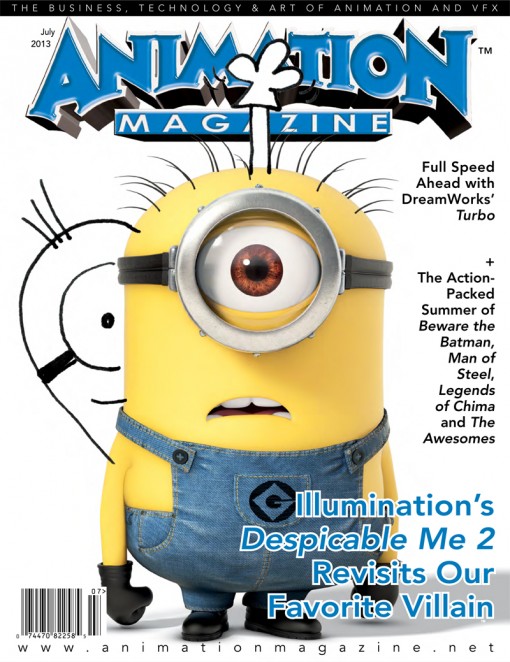 The Gru Next Door
Universal/Illumination’s acclaimed anti-hero returns to the big screen in the 3-D summer sequel Despicable Me 2.

Hail the Magnificent Mollusc
Turbo, DreamWorks’ second animated feature of 2013, offers a high-energy tale about an unlikely hero who dreams of winning the Indianapolis 500 race.

The Dream Team Is Back
Marvel’s Avengers Assemble brings the very popular and quirky superheroes to the Disney XD lineup this summer.

Building a Better Son of Krypton
The vfx gurus behind Man of Steel reveal some of the behind-the-scenes secrets of this summer’s spectacular Superman blockbuster.