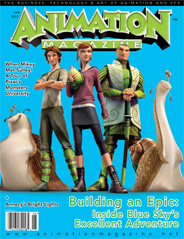 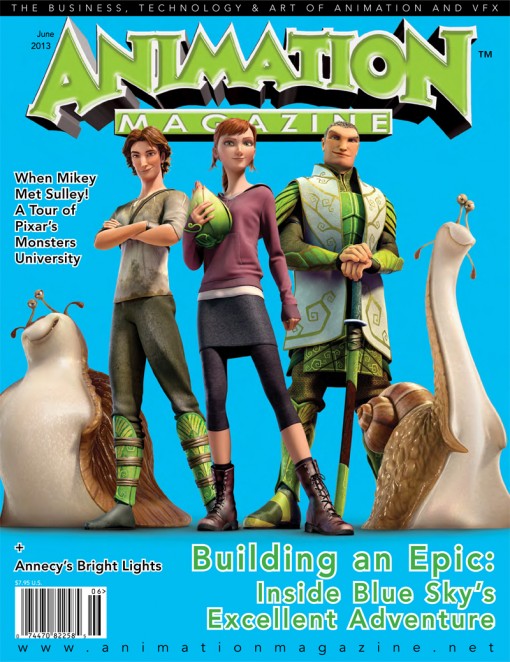 The Animated Feature Guide
Our annual dossier of toons in the global pipeline.

Illuminating Shorts
Our reporter zeroes in on four toons that represent the rich diversity of talent spotlighted at the Annecy Festival this year.

Ode to a City in the Rain
Director Saschka Unseld awakens hidden characters and tells a unique love story in Pixar’s latest short, The Blue Umbrella.

The Tale of a Boy and His Snake
Sanjay and Craig, Nickelodeon’s eccentric and hilarious new animated series, is exactly the kind of show we love to see on the kid’s cabler.

Lights! Camera! Summer Eye Candy!
How two of the season’s biggest blockbusters Iron Man 3 and Star Trek Into Darkness delivered their spectacular CG Visuals. Plus, a look at the world-bending FX of After Earth.