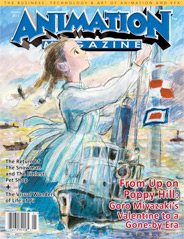 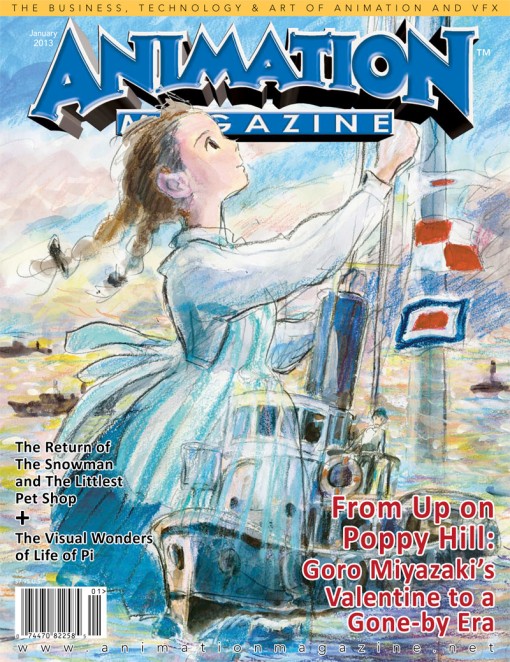 A Valentine to a Vanished Era
Goro Miyazaki’s delicate, coming-of-age movie From Up on Poppy Hill offers a welcome respite from the loud, CG world of most American movies.

A New House of Horror
Spanish helmer Raul Garcia pays homage to Edgar Allan Poe in the CG-animated short, The Fall of the House of Usher.

Oscars ’13: The Winning Scores
The composers of some of the best animated soundtracks of the year discuss their craft and inspirations.

The Return of a Seasonal Friend
Channel 4 and Lupus Films revive Raymond Briggs’ beloved characters in a new animated special The Snowman and the Snowdog.

Stop Motion Casts a Spell on SpongeBob
How the talented team at Screen Novelties brought a familiar 2D toon to 3D life in the It’s a SpongeBob Christmas! special.

2013 Anniversaries
We celebrate the toon old-timers (and some fresh faces) celebrating milestone anniversaries this year.

You may also like...
Related Topics:2013, Animation, Highlights, January 2013, Magazine