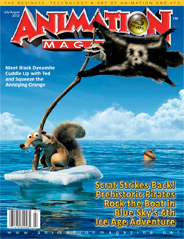 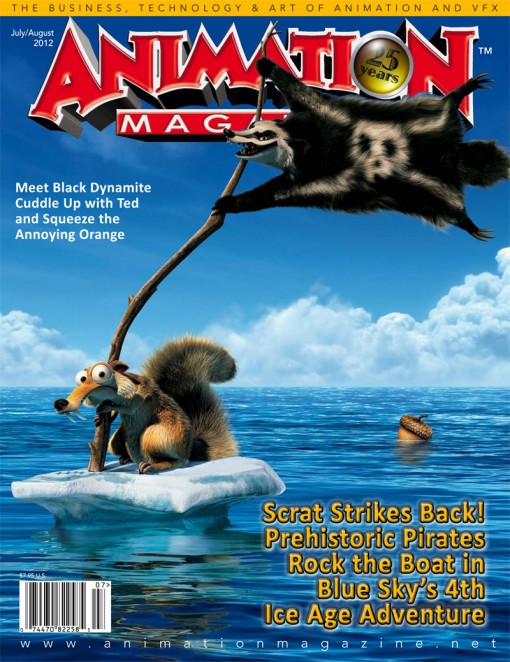 Scrat and Mammoths and Pirates, Oh My!
The fourth installment of the Ice Age franchise introduces several new characters as well as meticulously rendered visuals to draw fans back into theaters.

He’s a Bad Mother … Shut Yo Mouth!
We’re only talking about Adult Swim’s newest animated star and his funkadelic show, Black Dynamite! Can ya dig it?

Michaela’s Methods
We catch up with animator Michaela Pavlátová only a few hours after her wonderful short Tram wins the top prize at the Annecy festival.

Extreme Webslinging Ahead!
Our writer goes behind the scenes of Sony’s Amazing Spider-Man reboot to uncover the secrets of some of its high-end visual effects.

Consider These Careers Launched!
A look at the three animation winners of this year’s Student Academy Awards.

The Spandex Speculations
In honor of Comic-Con, we humbly offer our annual glimpse at the gritty details and vague conjectures about upcoming film adaptations of comic-book properties.

How to Build a Better Teddy Bear
We shed light on how a seasoned team of vfx pros brought Seth MacFarlane’s misbehavin’ toy bear to animated life in the new comedy, Ted.

10 Minutes with Billy West
The versatile voice actor talks about his gig on Futurama and offers a few tips on making it in the toon business.

You may also like...
Related Topics:2012, Animation, Highlights, July/August 2012, Magazine