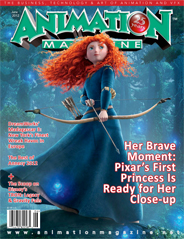 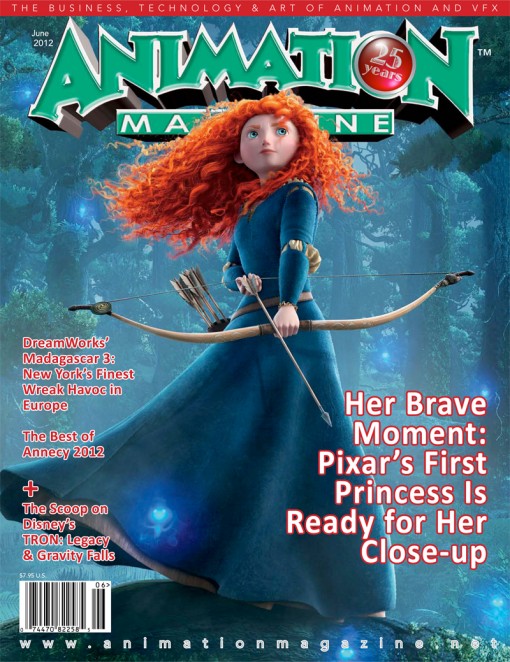 Meet the Bonnie Lass of Brave
Pixar breaks the toon and tech molds once again with its 3-D Scottish princess adventure.

Art of the Matter
An artistic mouse and a musically talented bear form a special bond in the charming new French animated feature Ernest and Celestine.

Russian Animation on Ice
How Moscow studio Wizart Animation is updating the nation’s CG industry with its first feature effort, The Snow Queen.

Tales from the Weird Side
Gravity Falls creator Alex Hirsch taps his childhood memories to create the offbeat world of the hot new Disney Channel cartoon.

Tapping in to The Grid
Disney XD puts a fresh spin on a sci-fi classic with the new series TRON: Uprising.

Short on Minutes, Long on Talent
The 2012 edition of the Annecy Festival puts an amazingly diverse and creative range of animated shorts from al over the world in the spotlight.

A Hot VFX Summer Sampler
We focus on some of the innovative digital effects of three of the season’s early blockbusters.