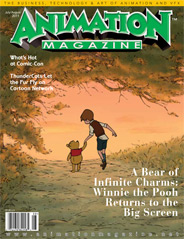 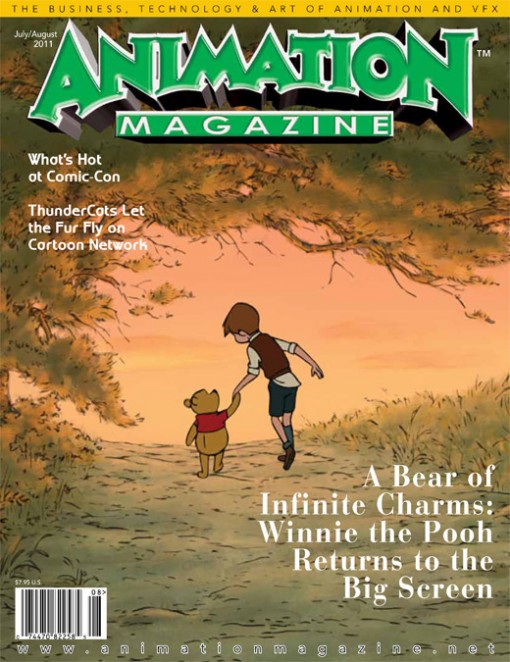 Back to the Days of Christopher Robin & Pooh.
Disney returns to the basics with the terrific 2D movie Winnie the Pooh, which is inspired by five classic stories by A.A. Milne.

Prepare for the Stampede!
Eleven Arts and FUNimation are bringing Vash the Stampede to the U.S. and Canada with the North American release of Trigun: Badlands Rumble.

Welcome to your Phineas & Ferb Summer!
To mark the fifth anniversary of the show, a new TV movie featuring the popular animated siblings premieres on Disney Channel and Disney XD in August.

The Robots Invade a New Dimension.
Michael Bay’s shiny Transformers are back for their third big screen outing, but this time they require a lot more vfx magic in 3-D.

Bam! Pow! Ka-Ching!
Just in time for Comic-Con, Ron Richards of iFanboy.com talks us through the dizzying array of comic-book based films careening towards theaters.

Navigating the Platform Jungle.
L.A.’s Otis College of Art and Design leads the way with classes on animation and gaming for the latest digital media apps and mobile platforms.

You may also like...
Related Topics:2011, Animation, Highlights, July/August, Magazine