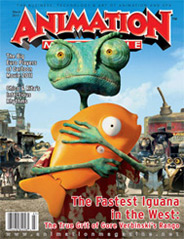 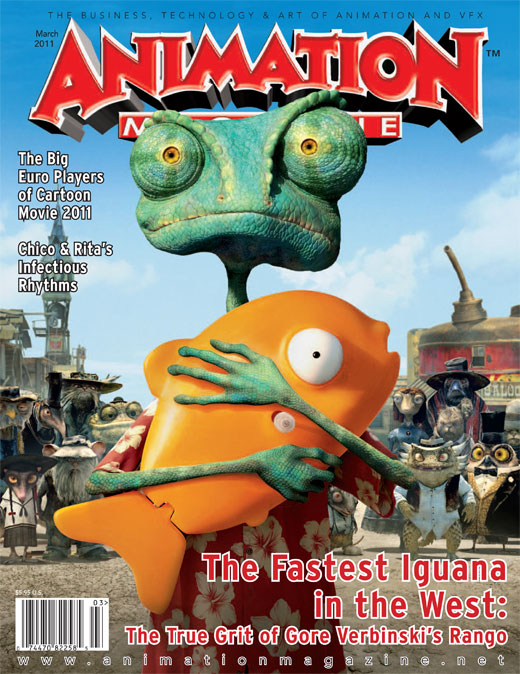 The Great Pretender.
Director Gore Verbinski and ILM vfx supervisor Hal Hickel discuss the making of Rango, a visually arresting animated feature about a chameleon with an identity crisis.

Love in the Time of Jazz.
A Spanish studio delivers a love story infused with Cuban and American rhythms in Chico & Rita.

The Mouse That Roared.
The German co-directors of the acclaimed special The Gruffalo discuss how they adapted the popular children’s book for the small screen.

Much More Than Meets the Eye!
The Hub’s new Transformers Prime series adds sophisticated storylines and top-notch CG animation to the popular franchise.

Back to Metropolis.
The Man of Steel deals with his own mortality in the acclaimed new Warner/DC animated movie All-Star Superman.

Aliens Among Us.
Veteran supe Greg McMurry reveals some of the clever ways he and the artists at ILM, Entity FX and Hammerhead delivered the visual magic for I Am Number Four.

Poetic Planet.
Director Alex Weil and the team at Charlex kick off the new year with a CG-animated flight of fancy titled ShapeShifter.

Anicomm Awards 2011.
We round up the best animated ads of the past year.

You may also like...
Related Topics:2011, Animation, Highlights, Magazine, March