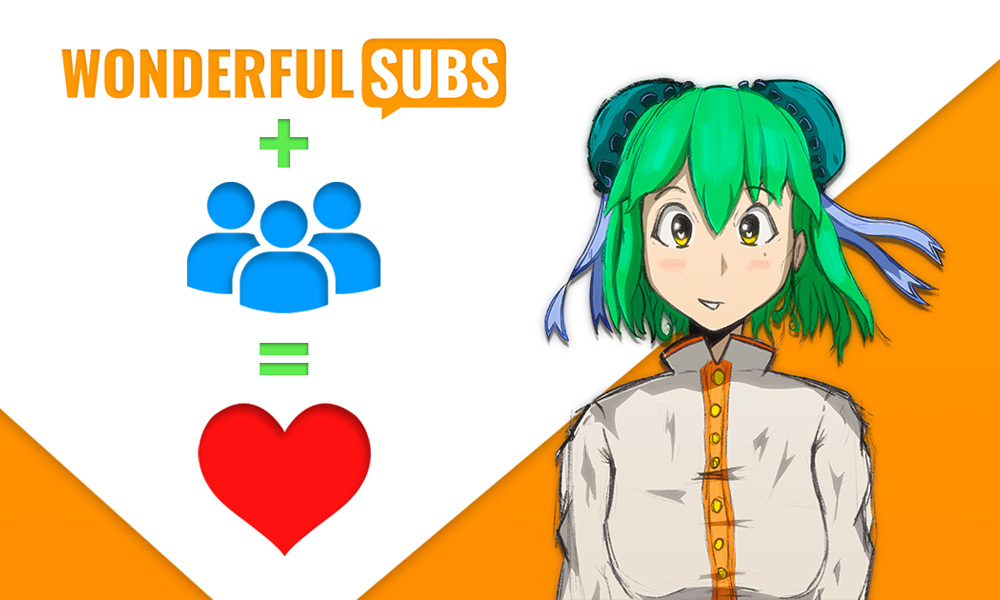 WonderfulSubs LLC — the blog and entertainment co. catering to fans of anime, manga and Japanese culture — announced that they are launching a social networking platform geared towards fans of anime, along with initiatives to support artists and the anime industry. The brand currently has over 70,000 Facebook fans and a growing audience on other platforms.

“Anime means the world to us and millions out there, but surprisingly there’s a lack of a definitive place on the web for fans of the medium to congregate,” the company said in a blog post. “While there are some platforms out there that come close, many of them don’t have a central focus on anime, lack specific tool sets that fans use all the time, or just provide buggy incomplete experiences. We think we can do better, because we want to do better. And in order to do that, we are going to utilize feedback from those who know best; the community itself.”

WonderfulSubs quoted Jun Sugawara’s Animator Dormitory Project and Love Hina creator Ken Akamatsu’s Manga Library Z as some of their favorite projects that are making a positive impact in the anime industry, and that they would be donating half of their revenue to initiatives like these.

“We deeply believe in these initiatives so instead of reinventing the wheel, we want to support them in any and every we that we can. That’s why we are announcing that 50% of all WonderfulSubs LLC’s revenue will be donated to these types of projects that keep the anime industry pumping and the people that make our little large-eyed friends comfortable. This includes ad revenue, subscriptions, and any other form of funding that we may receive.”

The company’s social networking platform is set to include standard social media features as well anime enthusiast-specific ones. This includes user lists for tracking anime/manga and the ability to view series information, trailers and reviews.

“Supporter”, “Verified” and — novelly — “Artist” are special user badges that will be available to users who meet specific requirements: “While many other non-niche focused sites highlight notable users such as musicians and gamers, there seems to be a stunning lack of recognition for illustrators. We want to change that, and have committed to creating a special badge to highlight the artists of our community, regardless of art style.”

Users can obtain the Supporter badge by signing up for a $2 monthly subscription plan, which unlocks exclusive features for their account such as the ability to set a GIF image for their avatar and cover photos, exclusive emotes, access to a private community for supporters, and more. Half of all proceeds will go to initiatives such as those mentioned above.

WonderfulSubs expects to fully launch their social networking platform on November 20. User registration is set to open up sometime in the first half of November. More details will be revealed in the coming weeks via their social media accounts. You can follow them on Twitter (@WonderfulSubs), Facebook (/WonderfulSubs) and Instagram (@wonderful.subs) for updates, as well as join their Discord server to follow their progress and beta test new features.