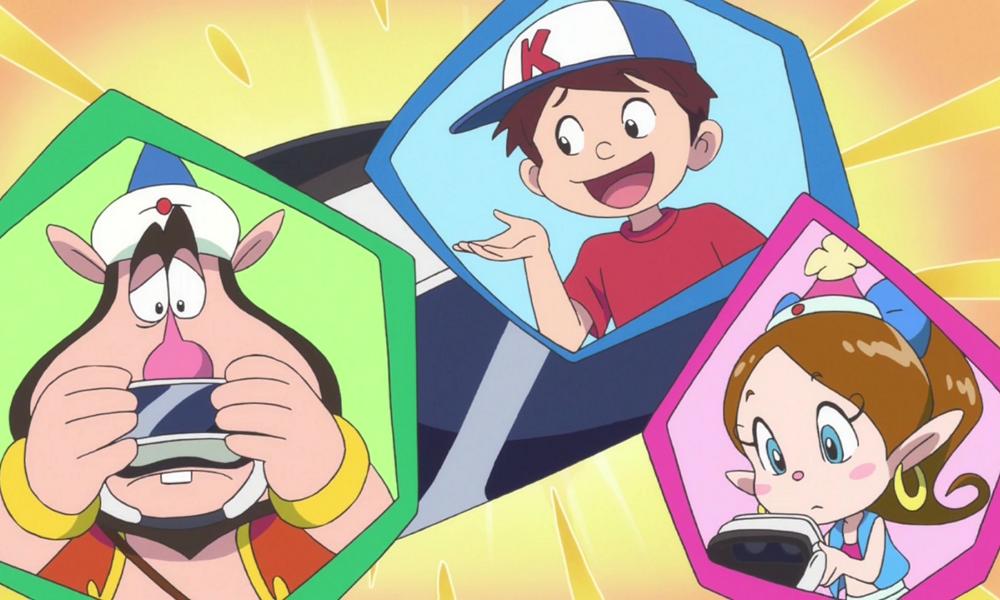 Wishes will soon be granted when Genie Family 2020, coming to Crunchyroll this October, hits North and Latin American screens thanks to VIZ Media’s acquisition of the digital streaming, broadcast, electronic sell-through, home video and merchandise rights to the revival of the beloved 1969 animation.

Five decades since its debut, and with a new twist on the classic, the funny and loveable King Genie is back in Genie Family 2020 — only this time, he has a daughter named Akubi, who must undergo training in the human world in order to become a worthy queen and his successor.

Set in modern-day Tokyo and packing in all the imagination, adventure and humor for which the original is known, Akubi’s royal training begins with Kantaro, the grandson of King Genie’s former master — but this new master Kantaro is in grade school, and Akubi’s wish-granting is anything but predictable. Along for the ride is Akubi’s kid brother, who loves to be mischievous.

The revival series features the voices of Koichi Yamashita (Ryoga in Ranma ½) as “Hakushon,” Sumire Morohoshi (Emma in The Promised Neverland) as “Akubi,” Daiki Yamashita (Izuku in My Hero Academia) as “Puuta” and Miyuri Shimabukuro (Carole in Carole & Tuesday) as “Kantaro.”

Since debuting in 1969, Genie Family has carefully distilled the essence of friendship and dreaming big — between laughs — capturing the wonder and joy of life’s ups and downs while delivering precious nuggets of poignant wisdom along the way. The latest remake comes after two previously successful spin-offs — Yobarete Tobedete! Akubi-chan (2001) and Akubi Girl (2006).

“Genie Family is one of the most endearing animations of its time, and we are thrilled for a whole new audience to meet the latest generation alongside fan favorite King Genie in brand-new adventures,” said Brad Woods, CMO of VIZ Media. “What was true in 1969 when the original show premiered is still true today: wishes and dreams have endless potential. We can’t wait for today’s kids to meet Kantaro, Akubi, and her rascally kid brother.”