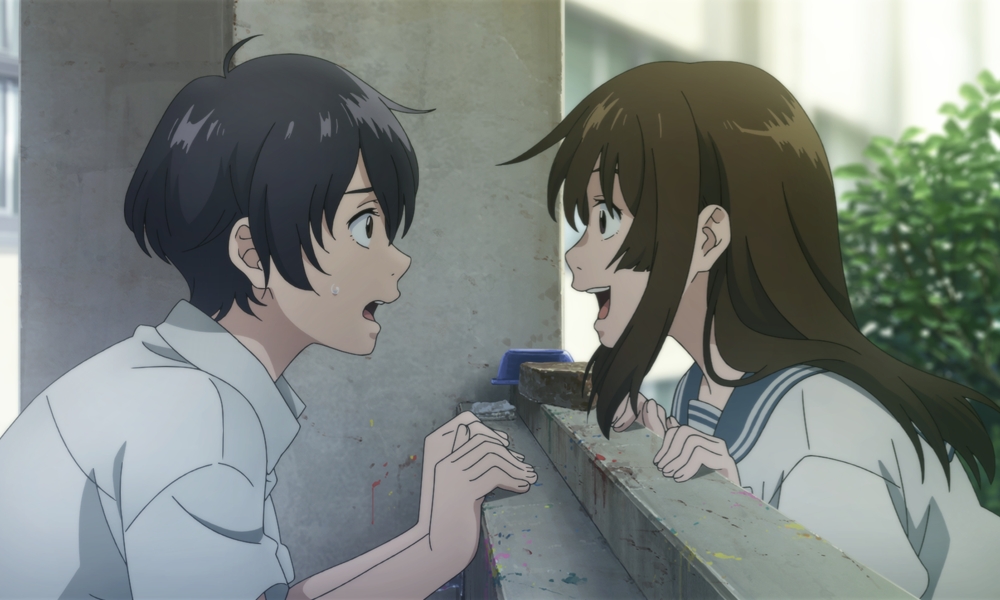 Funimation, the leading global anime content provider, has officially unveiled the latest trailer for the upcoming musical anime film and co-production, Sing a Bit of Harmony, via the Funimation Blog. The new spot reintroduces the film’s two main characters, Shion Ashimori and Satomi Amano, as their journey with music comes into focus. The company’s first co-produced original feature revolves around a mysterious transfer student and a song that will bring her classmate’s happiness…

Additional staff was revealed as well, including Ryo Takahashi (SK8 the Infinity) on musical composition and Yohei Matsui as songwriter.

Sing a Bit of Harmony is written and directed by Yasuhiro Yoshiura, who took home the “Excellence Award” at the Japan Media Arts Film Festival’s animation division for his work on Patema Inverted: Beginning of the Day, and the “Best Anime Award” at the Tokyo International Anime Fair’s OVA division for Time of EVE.

The film’s crew also includes Ichirou Ohkouchi (Code Geass: Lelouch of the Rebellion, Lupin the Third Part 5) as co-screenwriter, Kanna Kii (The Stranger by the Beach) as original character designer, with J.C.STAFF (Food Wars! Shokugeki no Soma, Is It Wrong to Try to Pick Up Girls in a Dungeon?, The Disastrous Life of Saiki K.) for animation production, and Hidekazu Shimamura (Trigun: Badlands Rumble, Code Geass: Akito the Exiled) as animation director.