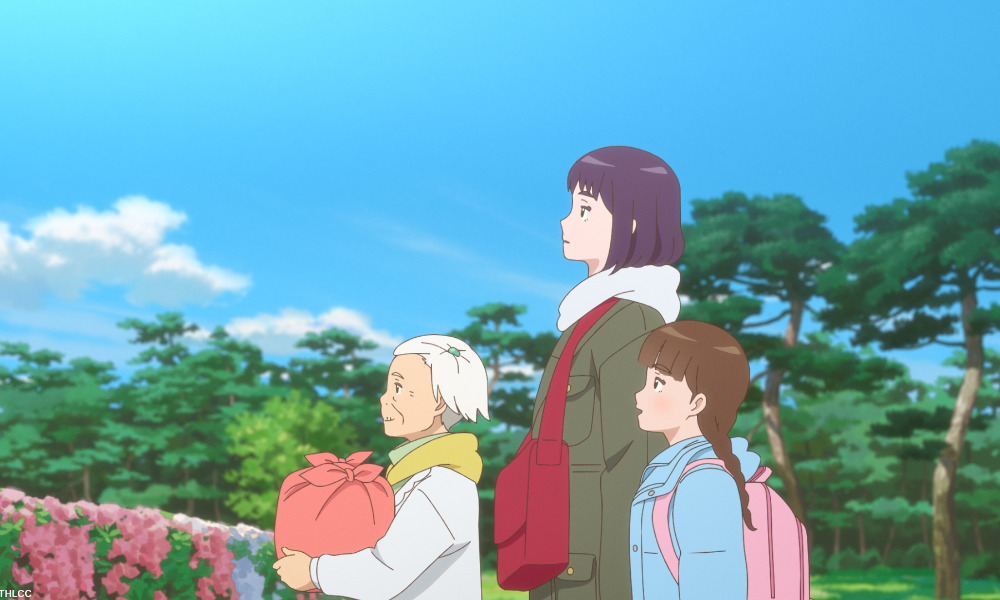 For its next engagment, AX Cinema Nights presents Eleven Arts’ The House of the Lost on the Cape, an Official Selection at the 2022 Annecy International Animation Film Festival, which will be released on September 7. The film will initially open in Los Angeles and New York, then expand to several other markets in North America over the following weeks. Anime fans will be able to watch both versions of the film (original Japanese audio with English subtitles and original English audio) in participating theaters nationwide.

Synopsis: When a devastating natural disaster leaves 17-year-old run-away Yui and eight-year-old orphan Hiyori without a home, they are taken in by Kiwa, a strange old woman who offers to let them stay in an abandoned yet suspiciously well-kept house overlooking the sea, known as a Mayoiga: a legendary house, said to look after lost travelers. Despite Yui’s hesitation to trust anyone and Hiyori’s inability to speak, they begin to form a sisterly bond that allows them to find comfort in the Mayoiga and embrace Kiwa’s hospitality. However, when a menacing entity is accidentally released and threatens their new home, the three must face their fears to save it.

The House of the Lost on the Cape is based on the award-winning Japanese novel by Sachiko Kashiwaba, which was originally serialized in the Iwate Nippo daily newspaper from May 2014 to July 2015, and later published by Kodansha. The novel won the 54th Noma Children’s Literature Award in 2016. The film adaptation, along with other anime films, was released in 2021 as part of the Continuing Support Project 2011+10 (Zutto Ouen Project 2011+10), which marked the 10th anniversary of the Tohoku earthquake and tsunami. Kashiwaba has inspired many artists and films, including Hayao Miyazaki’s Spirited Away (2001).

Tickets and participating location info will be available soon at ax-cinemanights.com.