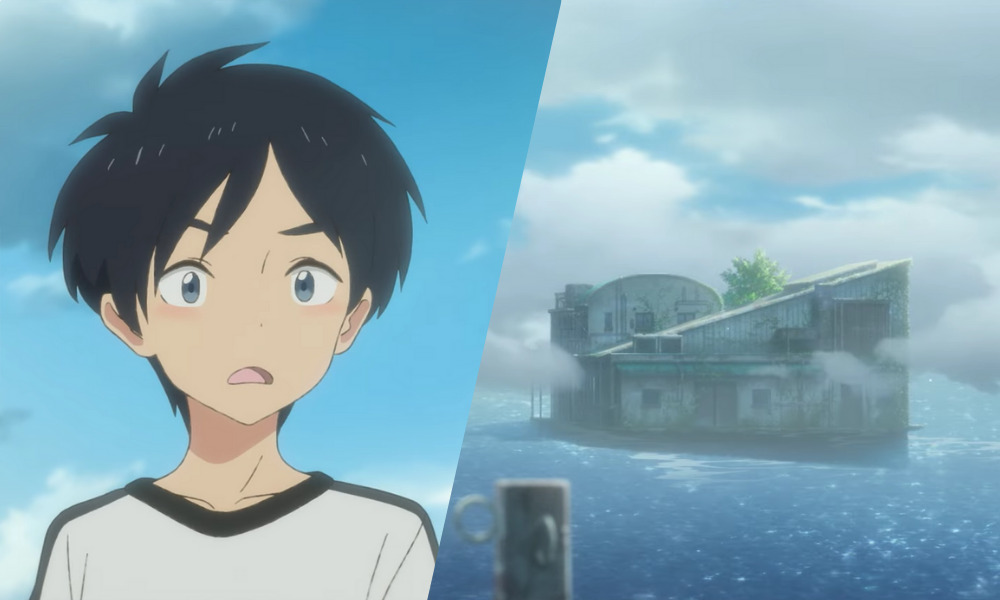 Netflix has opened the doors to Drifting Home with a new teaser trailer, which introduces anime fans to the supernatural summer adventure. This second feature film from 33-year-old writer-director Hiroyasu Ishida (Penguin Highway) is slated for global release on September 16.

Synopsis: Raised like brother and sister, Kosuke and Natsume have been friends since childhood, but their relationship begins to strain in sixth grade after Kosuke’s grandfather Yasutsugu passes away. One day during their summer vacation, Kosuke and his classmates sneak into an apartment complex that is scheduled to be demolished … and rumored to be haunted. Both Kosuke and Natsume grew up there, so the place holds a lot of memories for them. There, Kosuke stumbles into Natsume and is asked if he knows about the mysterious Noppo. But suddenly, they get caught up in a strange phenomenon.

When they regain consciousness, they see a vast ocean before them. As the apartment complex drifts in a mysterious sea with Kosuke and the others on board, they band together to try and survive. There are tears and fights, and maybe even reconciliation. Will they be able to return to their previous world? A summer farewell journey begins…

Following the release of their first feature film, Penguin Highway, in 2018, Studio Colorido received worldwide praise for A Whisker Away, which was distributed on Netflix in 2020. The studio’s long-awaited third feature-length film, Drifting Home, showcases the beautiful animation fans have come to expect, with a visual style that takes the audience from reality to a fantasy world. 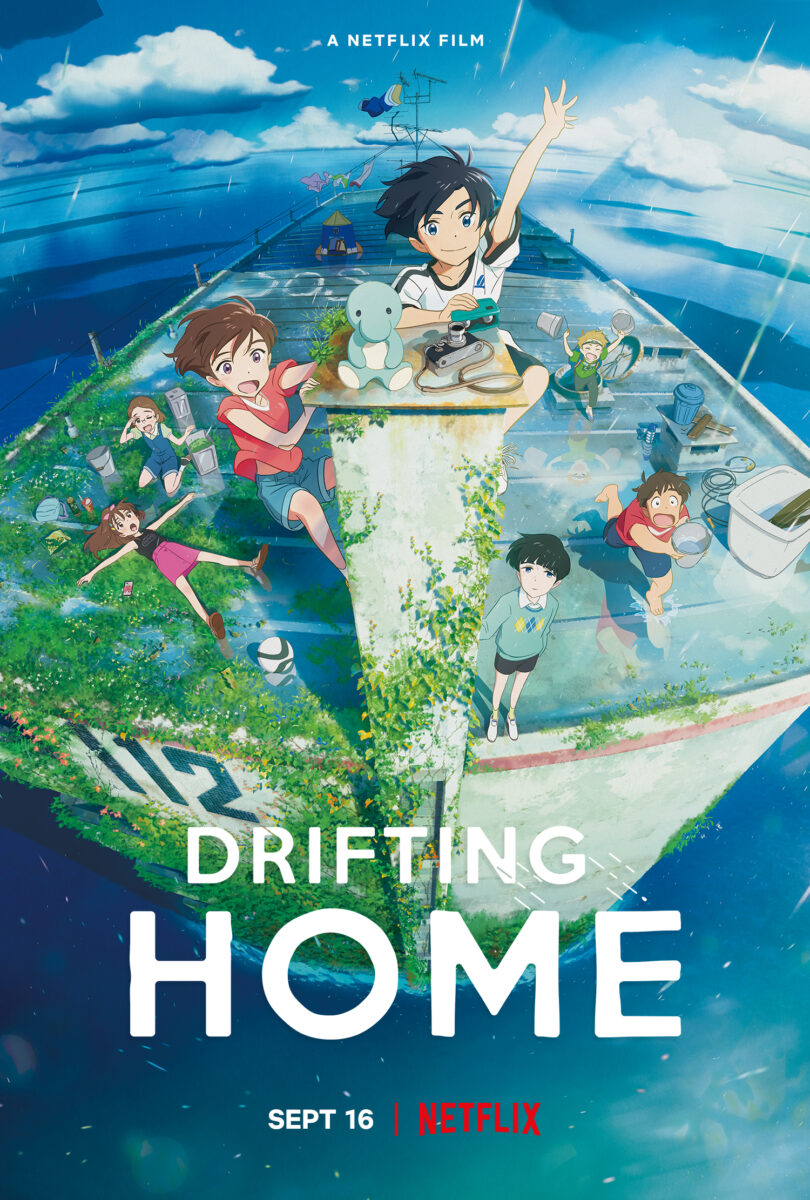