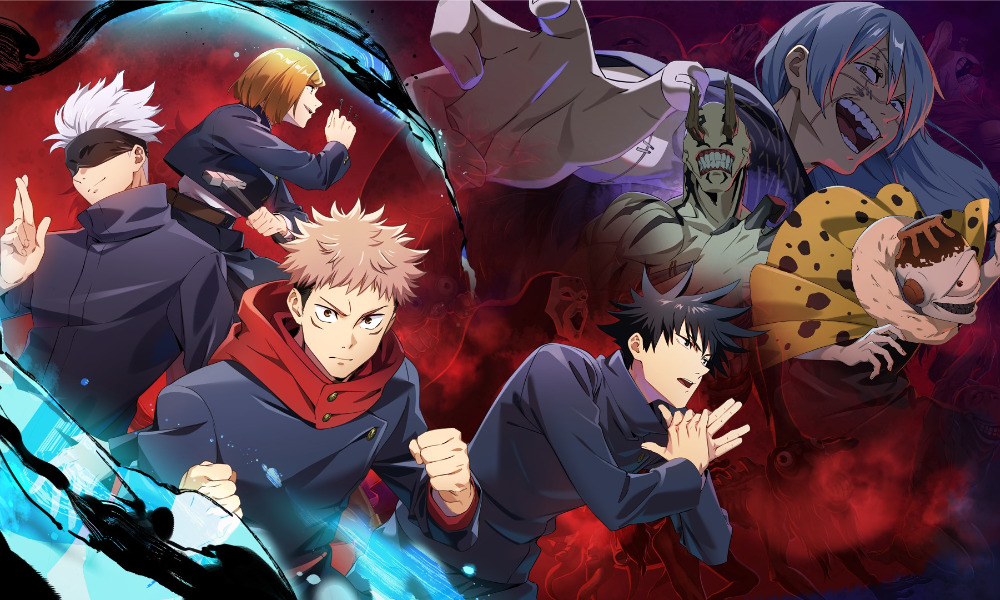 Gege Akutami’s 2018 manga Jujutsu Kaisen and its animated TV series and feature film adaptation have become quite a global phenomenon. Released at the end of December, Jujutsu Kaisen 0 overtook Evangelion 3.0+1.0 as the top-grossing film of 2021 in Japan — but most of its run took place in 2022, so it’s currently the biggest hit of two years. U.S. anime producer and distributor Crunchyroll reports that the Jujutsu Kaisen TV series is so popular, it’s been dubbed into English, Spanish, Portuguese, French and German, and subtitled in nine additional languages, including Arabic, Italian and French. The 24-episode TV series, which is produced by MAPPA and directed by Sunghoo Park, began its run in Japan in October 2020.

Meanwhile, the manga has sold more than 60 million books worldwide; the English translation has appeared on the New York Times bestseller list. John Bae, Weekly Shonen Jump editor at Viz, comments, “To be honest, Jujutsu Kaisen’s popularity blindsided me a bit … I kept thinking it’s too edgy and filled with too many esoteric references … Boy oh boy, was I wrong! Its popularity just exploded. It’s exciting, thought-provoking and, to me, one of the most unique and original manga series out right now.”

The story centers on Sugisawa High student Yuji Itadori, who possesses extraordinary physical strength and speed. Just before he dies, the grandfather who raised him tells Itadori, “You’re a strong kid, so help people. It doesn’t have to be all the time. Just whenever you can. You may feel lost. Don’t expect gratitude, Just help them.” 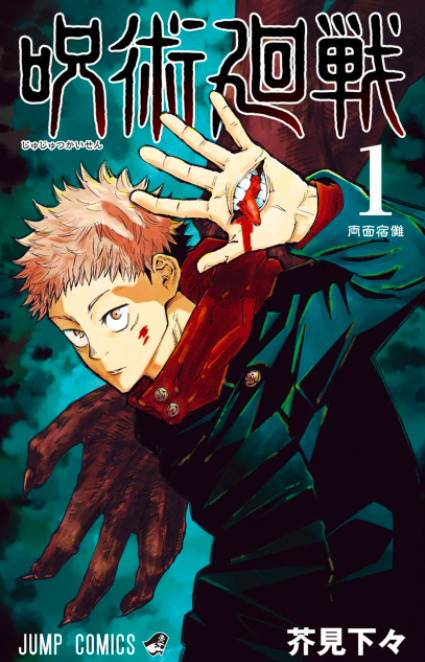 In Akutami’s world, negative human emotions produce a vile energy that generates “Curses,” supernatural monsters that account for more than 10,000 deaths a year. Two of Itadori’s friends in the Occult Research Club break the seal on an extremely powerful cursed object — the severed finger of the formidable demon Sukuna. To prevent his classmates from being killed by the monsters it attracts, Itadori ingests the finger. He’s following his grandfather’s admonition, although probably not in the way the old man intended.

His rash action saves his friends, but poses serious problems for Jujutsu High student Megumi Fushiguro and teacher Satoru Gojo, who battle the Curses. If Sukuna took permanent control of Itadori’s body, he could wreak terrible destruction on the world. As it is, he can only control the teen for a few seconds at a time. The “higher-ups” have decided that instead of executing him immediately (thereby destroying the malevolent power of the finger), they’ll send Itadori to Jujutsu High School. He’ll learn to combat curses and grow strong enough to consume all Sukuna’s digits. Then they’ll execute him.

Itadori isn’t exactly the sharpest katana in the armory. He’s not driven by the deep need to help others that motivates Deku in My Hero Academia. Nor has a personal tragedy led him to dedicate his life to preventing others from suffering, as Tanjiro does in Demon Slayer. But like Tanjiro and Deku, Itadori begins a program of rigorous, violent training to control his latent powers. The initial manga and first season of the anime focus on his first year at Jujutsu High. In addition to Gojo and Fushiguru, Itadori interacts with three senpai (upperclassmen): genial Panda, brittle Maki Zenin and Toga Unumaki, whose powers limit his vocabulary to fillings for onigiri (rice balls).

Fight scenes are not Akutami’s strongest suit as a manga artist: The pages are so dark, it can be difficult to follow the action. But he has a flair for creating creepy, bizarre monsters that translate well onto the screen. The Jujutsu Kaisen manga and TV series offer an always popular hero’s journey that blends combat, friendship, supernatural foes, training and slapstick comedy, filtered through Akutami’s offbeat sensibility.

Itadori doesn’t appear in Jujutsu Kaisen 0. The feature is a prequel that takes place a year earlier, and focuses on nervous, morose student Yuta Okkotsu, who meets younger versions of Panda, Maki and Toga. His absence hasn’t bothered the franchise’s fans on both sides of the Pacific. But those fans are still eagerly awaiting Itadori’s return in Season Two of the broadcast series, slated for release in 2023.

By the way, it should be noted the true identity of Akutami is shrouded in a cloud of mystery. “Gege Akutami” is only a pen name. The author’s notes left at the end of Kaisen chapters are often accompanied by a one-eyed cat avatar. The gender and sexual identity of the artist is also an enigma. While Akutami is referred to using he/him pronouns, their gender has never been officially confirmed. It all adds to the special mystique and growing popularity of this creative band of sorcerers.