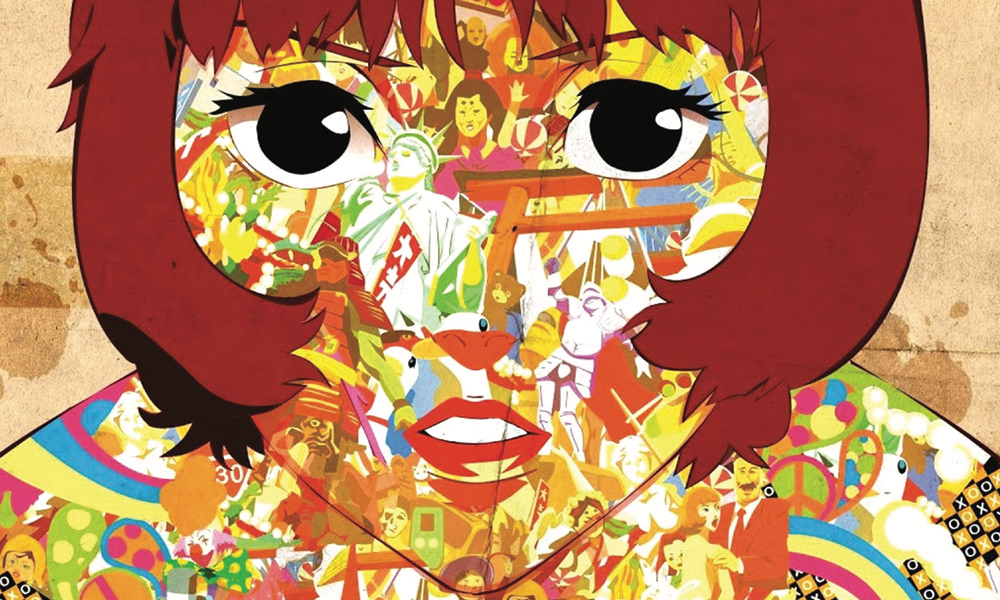 Although few people realized it at the time, 1998 was a banner year that marked a turning point in Japanese — and world — animation.

Hayao Miyazaki and Isao Takahata already had established reputations as feature directors when their work appeared on a singular double bill in April: My Neighbor Totoro and Grave of the Fireflies. The two films, one charming and the other heartbreaking, showcased their personal strengths. Takahata was a poet who could work in a variety of genres, but even his comedies were tinged with a humanist melancholy. Miyazaki was a visionary, able to carry audiences to realms far beyond their imaginations, capturing their attention with an image as simple as two girls standing in a rainy forest.

The brooding, dystopic visuals and brilliant filmmaking in Katsuhiro Otomo’s Akira (also 1988) excited audiences around the globe. The cutting and camera work in the motorcycle sequence has often been imitated, but never equaled. In another odd juxtaposition, the violent Akira and the gentle Totoro were the two films that sparked the shift of anime from an outré obsession for hard-core fans to a mass market in the U.S.

Rise of the Auteurs 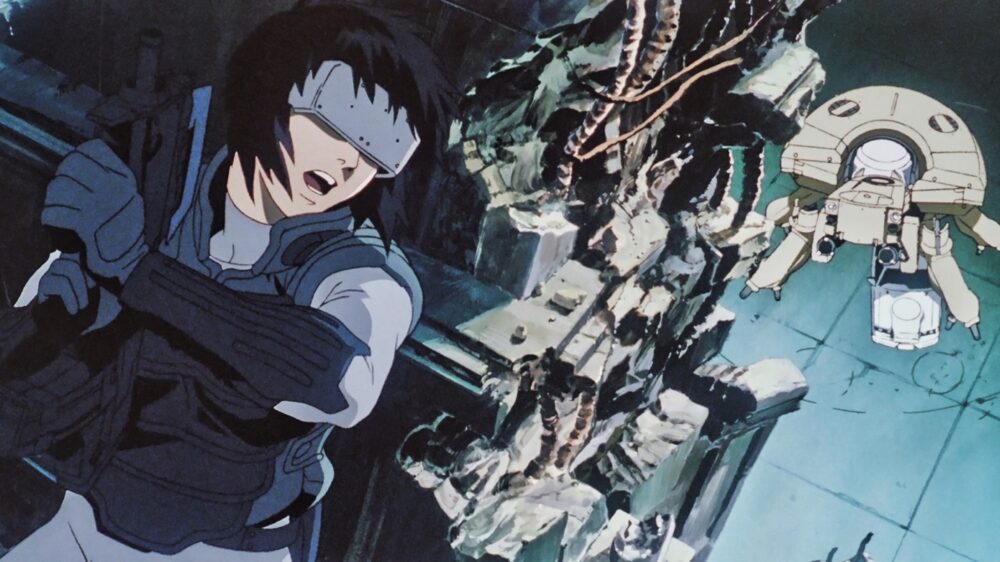 The three films marked the rise of the auteur animation director in Japan. Then as now, the Japanese industry turned out numerous features by filmmakers whose work was competent, interesting and entertaining. Miyazaki, Takahata and Otomo proved that anime features could be as personal and compelling as the best live-action films. More than 30 years later, when many American animated features feel homogenized, top Japanese directors continue to create films with strong individual stamps.

‘Shinkai, Miyazaki, Hosoda and other top directors don’t work with story crews, they board the films themselves. When they’re satisfied with the story, it goes into production. Many studios are built around a single filmmaker or a small cadre of artists.’

Satoshi Kon’s directorial debut Perfect Blue (1997) impressed viewers on both sides of the Pacific: Critics compared the film to Hitchcock, and Madonna showed clips from it during her Drowned World Tour in 2001. Kon followed Perfect Blue with Millennium Actress (2001), Tokyo Godfathers (2003) and Paprika (2006). The boundaries dividing reality, fantasy, memory and the cyberworld thinned eerily in Kon’s films. Neither the characters nor the viewer could be certain what was real, anticipating the current “post truth” era. Had he not died tragically of pancreatic cancer at 46 in 2010, Kon would undoubtedly still rank among the world’s leading animation directors.

Although the information is carefully guarded, industry publications estimate the budget of a major American studio feature at around $150 million. Japanese films are made at a fraction of that cost, with smaller crews and, often, shorter production schedules. The budget for Paprika was reportedly around ¥300 million, less than $3 million. These budgets don’t allow for the opulence of American CG features. Viewers can’t see details like the individual stitches in a character’s sweater or clumps of realistic fur blowing in the wind. No one seems to miss them.

Kenji Kamiyama, who displayed a flair for complex storylines in the Ghost in the Shell Stand Alone Complex broadcast series, pushed his intricate narratives even further in Eden of the East: The King of Eden (2009) and Eden of the East: Paradise Lost (2010), then Napping Princess (2017). No American heroine faced such complicated situations — or the very real economic crises underlying them. 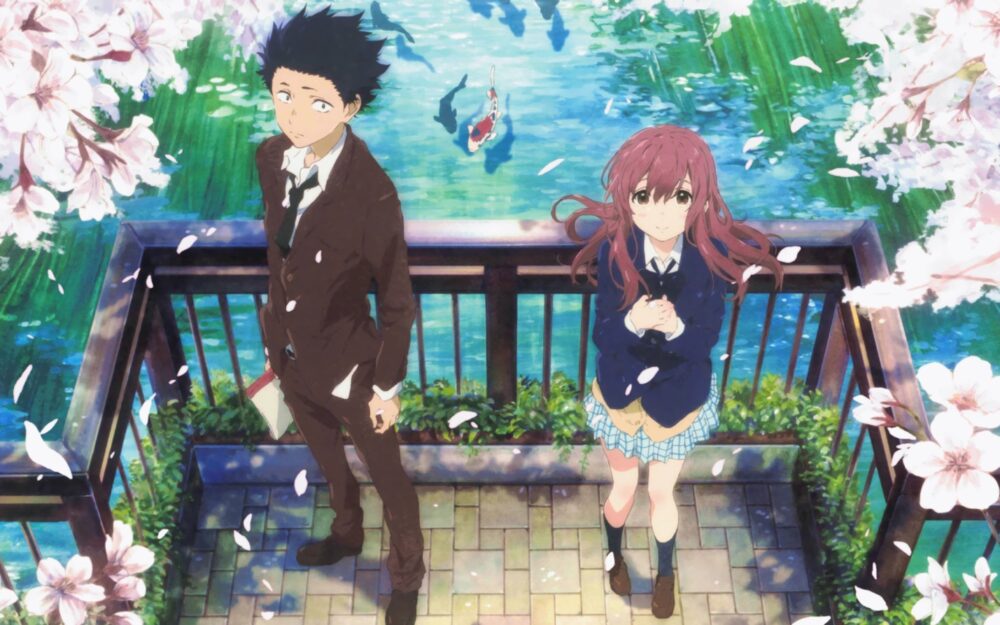 Also in 2017 — another banner year — Masaaki Yuasa’s reworking of The Little Mermaid, Lu Over the Wall, won Best Animated Feature at Annecy, and his unconventional, eclectic The Night Is Short, Walk on Girl won Best Animated Feature at Ottawa. Naoko Yamada offered an unflinching depiction of bullying in A Silent Voice, a welcome counter to the simplistic let’s-all-be-friends-and-sing-a-song inanities of many American features. Makoto Shinkai broke box office records in Japan with Your Name., a body-swapping teenage romcom that morphs into a meditation on the trauma many Japanese still suffer from the earthquake and tsunami Americans call “Fukushima.” Shinkai deserved at least an Academy Award nomination for Your Name., which he followed with the eco-parable Weathering With You in 2019.

Shinkai, Miyazaki, Mamoru Hosoda and other top directors don’t work with story crews, they board the films themselves. When they’re satisfied with the story, it goes into production. The directors collaborate with producers, editors and other artists, but their work isn’t subjected to executive approvals, focus group screenings, advisory committees, etc. Many studios are built around a single filmmaker or a small cadre of artists. Studio Ghibli was established to realize the visions of Miyazaki and Takahata; Studio Chizu, to make Hosoda’s films. 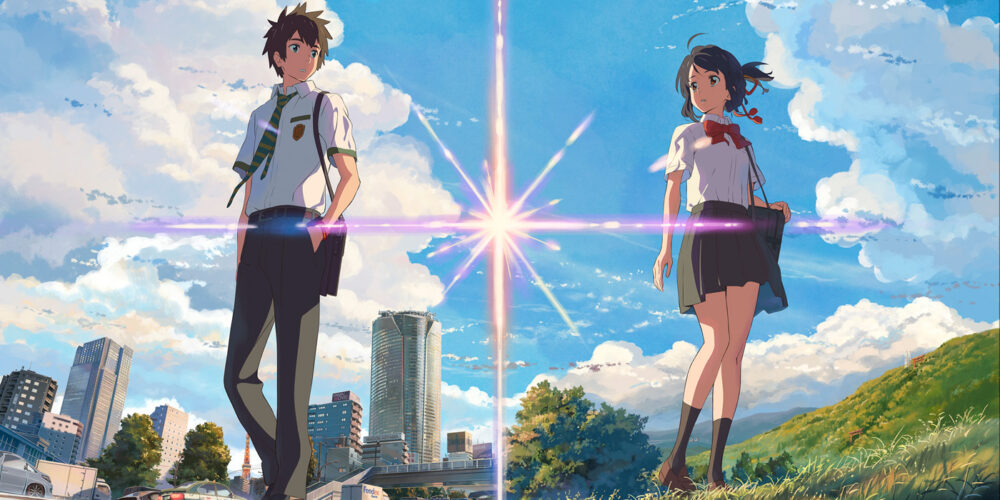 Hosoda earned both Oscar and Golden Globe nominations for the charming Mirai (2018). He had attracted widespread attention for his adaptation of Yasutaka Tsutsui’s popular novel The Girl Who Leapt Through Time in 2006. His subsequent features, Summer Wars (2009) and Wolf Children (2012), The Boy and the Beast (2015), were critical and box office successes. He made the visually dazzling Belle in 2021, which continued his explorations of the increasingly complex relationship between the real world and the web. That same year, Hideaki Anno brought his watershed science fiction saga to a conclusion in the epic Evangelion: 3.0 + 1.0: Thrice Upon a Time. After 25 years of watching, speculating and arguing, fans around the world learned the ultimate fate of Shinji Ikari and the war against the Angels.

The point of making these films was to present the vision of an artist, not to continue a franchise, spawn theme park attractions or sell millions of toys. Revenue from license products is welcome, but “IP” isn’t the focus. Shinkai hasn’t filmed a prequel exploring the “back story” of Taki from Your Name., nor did Hosoda burden audiences with Summer Wars 2: Love Machine Strikes Back. Like great artists in any discipline, these filmmakers prefer to leave audiences wanting more.

Charles Solomon’s latest book The Man Who Leapt Through Time: The Art of Mamoru Hosoda will be published in August by Abrams.

You may also like...
Related Topics:featured, Ghost in a Shell, Lu Over the Wall, Silent Voice, Your Name
Geographic Region:Worldwide