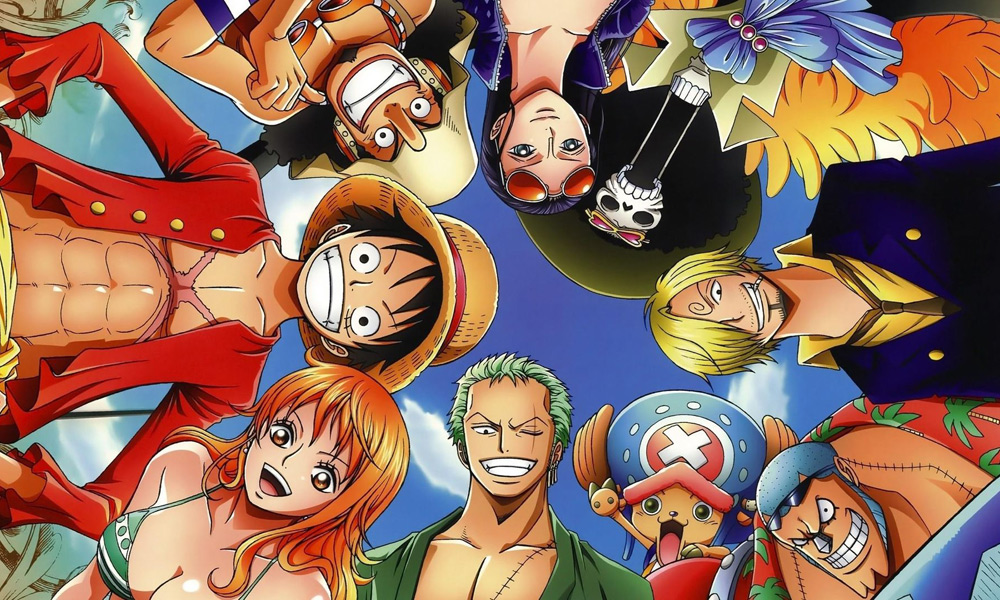 One Piece – Episode of East Blue: Luffy and His Four Friends’ Great Adventure

The rollicking comedy-adventure One Piece ranks among the most popular cartoon franchises in the world, but the staggering volume of material makes it daunting for a novice and/or adult to tackle.

Creator Eiichiro Oda said he began the manga in 1997 to tell the story he wanted to read as a boy. Obviously, an awful lot of other people wanted to read (and watch) that story. Almost 450 million One Piece books have been sold— it rivals Harry Potter in popularity and is in the Guiness Book of World Records. The TV program has passed the 850-episode mark, and is still going, plus specials, theatrical features, OAVs, video games, light novels and a flood of consumer products. Just last month, Funimation released the 20th Anniversary feature One Piece: Stampede, in which the pirates fight off marines at a special pirate expo.

The TV special One Piece: Episode of East Blue: Luffy and His Four Friends’ Great Adventure (2018), which is being released in a new English dub, offers an easy introduction for the uninitiated. Created to mark the 20th anniversary of the manga, it’s mostly recut footage from the first TV episodes.

As a boy, Monkey D. Luffy — which rhymes, fittingly, with “goofy”— (voiced by Colleen Clinkenbeard) decided to become a great pirate. His friendship with the admirable Red-Haired Shanks (Brandon Potter) strengthened that determination. When he ate the cursed Gum-Gum Fruit Shanks’ crew had stolen, Luffy’s body turned into rubber. His limbs can out-stretch Elastigirl’s to deliver devastating kicks and punches. That animation is limited in these scenes, but it has a plasticity that recalls silent-era cartoons.

Before he left to pursue his own adventures, Shanks sacrificed his left arm to save Luffy from a sea serpent. Shanks’ straw hat remains Luffy’s most precious possession, and his crew is known as the Straw Hat Pirates. Luffy is determined to make himself King of the Pirates by finding the legendary treasure One Piece, but a pirate captain can’t work alone. Episode of East Blue recounts how Luffy recruited his first four crew members.

The scarred bounty-hunter Zoro (Christopher Sabat) had been imprisoned and sentenced to death; Luffy retrieved his swords and freed him. Master of the Three-Sword Style of combat (a blade in each hand, plus one in his teeth), Zoro aspires to become the world’s greatest swordsman.

Needle-nosed Usopp (Sonny Strait) is the son of one of Shanks’ crewman, which instantly won him Luffy’s affections. A storyteller prone to screaming fits, Usopp fights with a weaponized yo-yo.

Although he was born into a royal family, Sanji (Eric Vale) was working as sous-chef at a floating restaurant when he met Luffy. A redoubtable cook and martial artist, Sanji falls for every woman he sees.

Nami (Luci Christian) is a cartographer, meteorologist and navigator; she’s also a pickpocket and thief. Joining Luffy enables her to pursue her two dreams: To become fabulously rich and to draw a complete map of the world.

During the course of their adventures, the Straw Hats pick up additional friends, including reindeer/aspiring doctor Chopper, archeologist Robin and living skeleton/musician Brook. They tackle a bizarre array of foes that make the characters in “Popeye” cartoons look like the family next door. The World Government Police pursue the Straw Hats as wanted criminals: Luffy has a 100 million-Berry bounty on his head. Oda’s off-kilter imagination runs through every aspect of the stories: In one adventure, Luffy’s gang travels aboard a steam-powered “sea train” with tracks that run on the surface of the ocean.

Despite all the challenges, storms, chases, escapes, fights and slapstick comedy, One Piece is really about friendship. With his frog-like face, skinny legs and outsized feet, Luffy is no matinee idol. Nor is he Mensa material. Clinkenbeard notes, “The rhythms of Luffy’s speech come from the fact that he doesn’t think: Everything is a little bit confused or overly happy.” But his generous heart and unswerving devotion to his friends win over characters and audiences wherever he goes.

Episode of East Blue offers One Piece virgins an introduction to a property whose already enormous popularity continues to increase. In November of 2018, a statue of Luffy was unveiled in front of the Kumamoto prefectural offices in Kyushu. The 5’ 9” statue (Luffy’s height) honored Oda’s support for the region’s rebuilding efforts after a major earthquake struck in 2016. A native of Kumamoto, Oda donated ¥800 million (about $7.1 million) — in Luffy’s name. 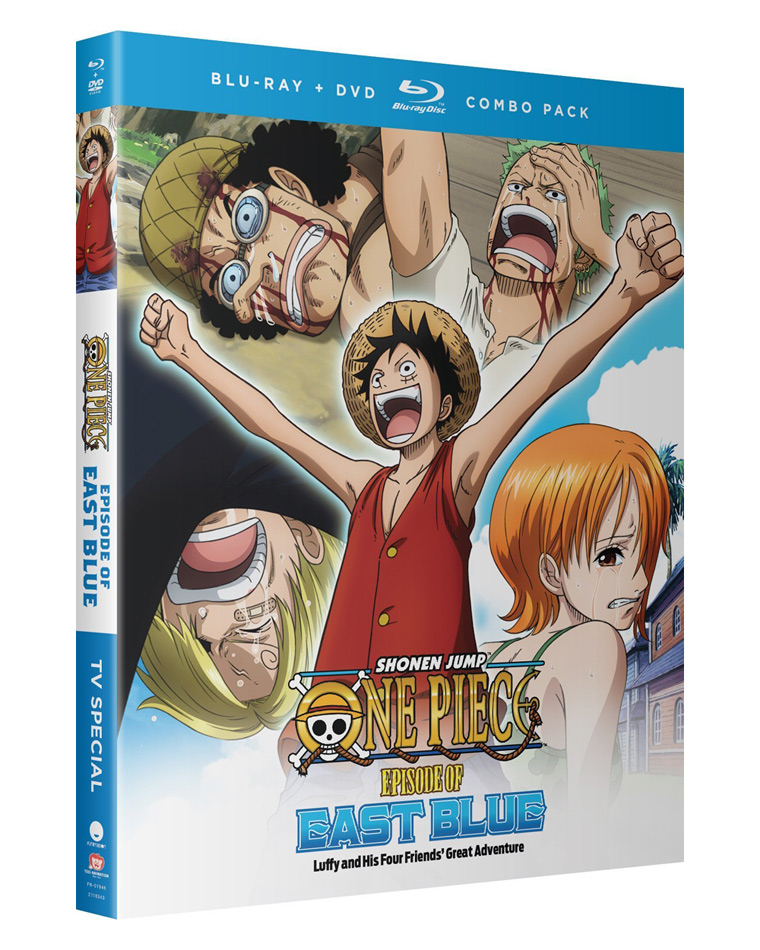