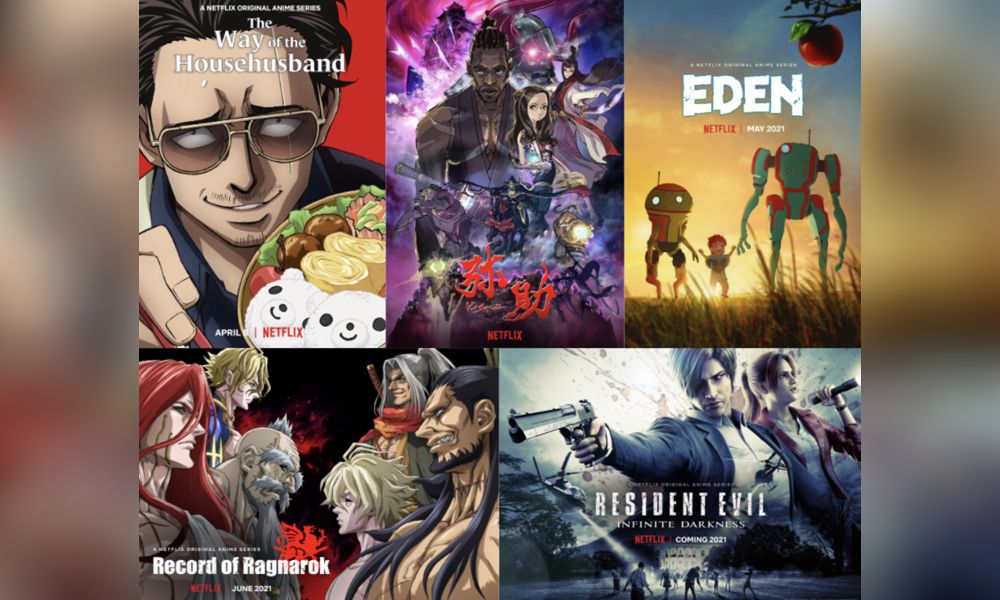 Netflix returned to this year’s all-virtual AnimeJapan 2021 to showcase its diversifying slate and fan-favorite voice cast for fans in Japan and around the world. Netflix strengthens its ongoing commitment to become a home for fans and creators around the world, noting it will premiere around 40 new original anime titles this year — close to double the number of titles brought to fans last year.

During the virtual stage event, Netflix announced the upcoming worldwide release of Record of Ragnarok (premiering June 2021), an anime adaptation of the hugely successful manga of the same name. The story about the epic fight for the fate of humanity will join an ever expanding slate of anime, including previously announced titles like the comedic, slice-of-life series The Way of the Househusband (premiering April 8) or the hit videogame adaptation RESIDENT EVIL: Infinite Darkness (premiering later this year).

Netflix also gave fans and press a new glimpse at upcoming projects Yasuke (premiering April 29) and Eden (May 27), revealing a new trailer and the launch date for Eden as well as a special artwork by Yasuke’s character designer, Takeshi Koike. Both projects are brand-new stories brought to life by a wealth of international creators, further strengthening Netflix’s ambitions to diversify their lineup of original anime by working with top creators from both in and outside of Japan.

The stage event also included appearances from Japanese voice talents Kenjiro Tsuda (The Way of the Househusband), Marika Kono (Eden) and Toshiyuki Morikawa (RESIDENT EVIL: Infinite Darkness). All three were excited about the global launch of their series and to get closer to overseas anime fans. 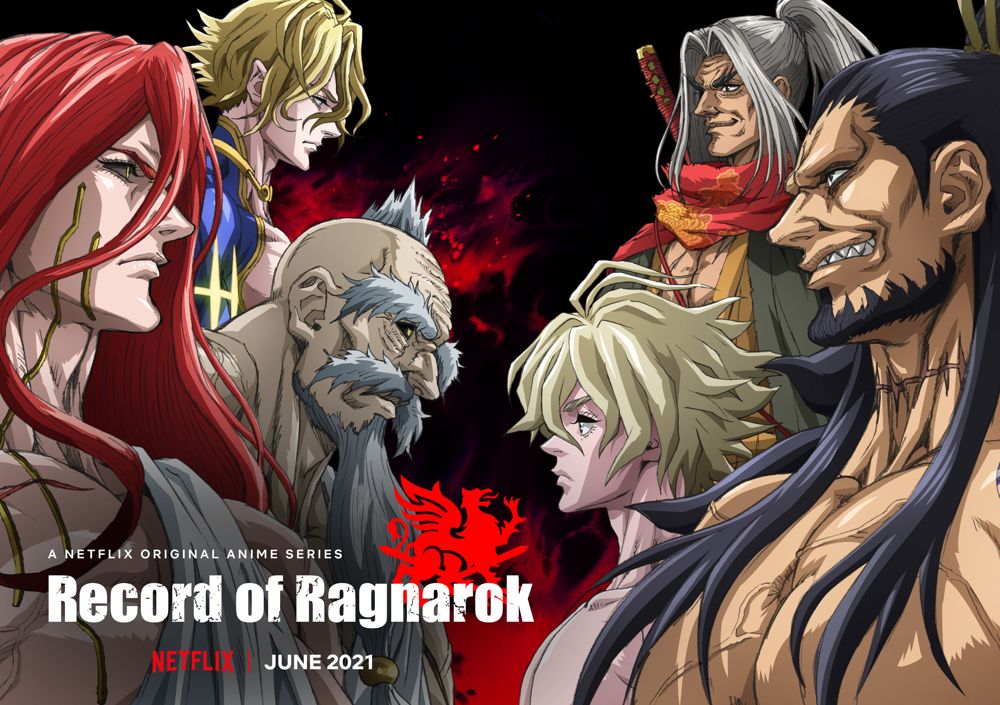 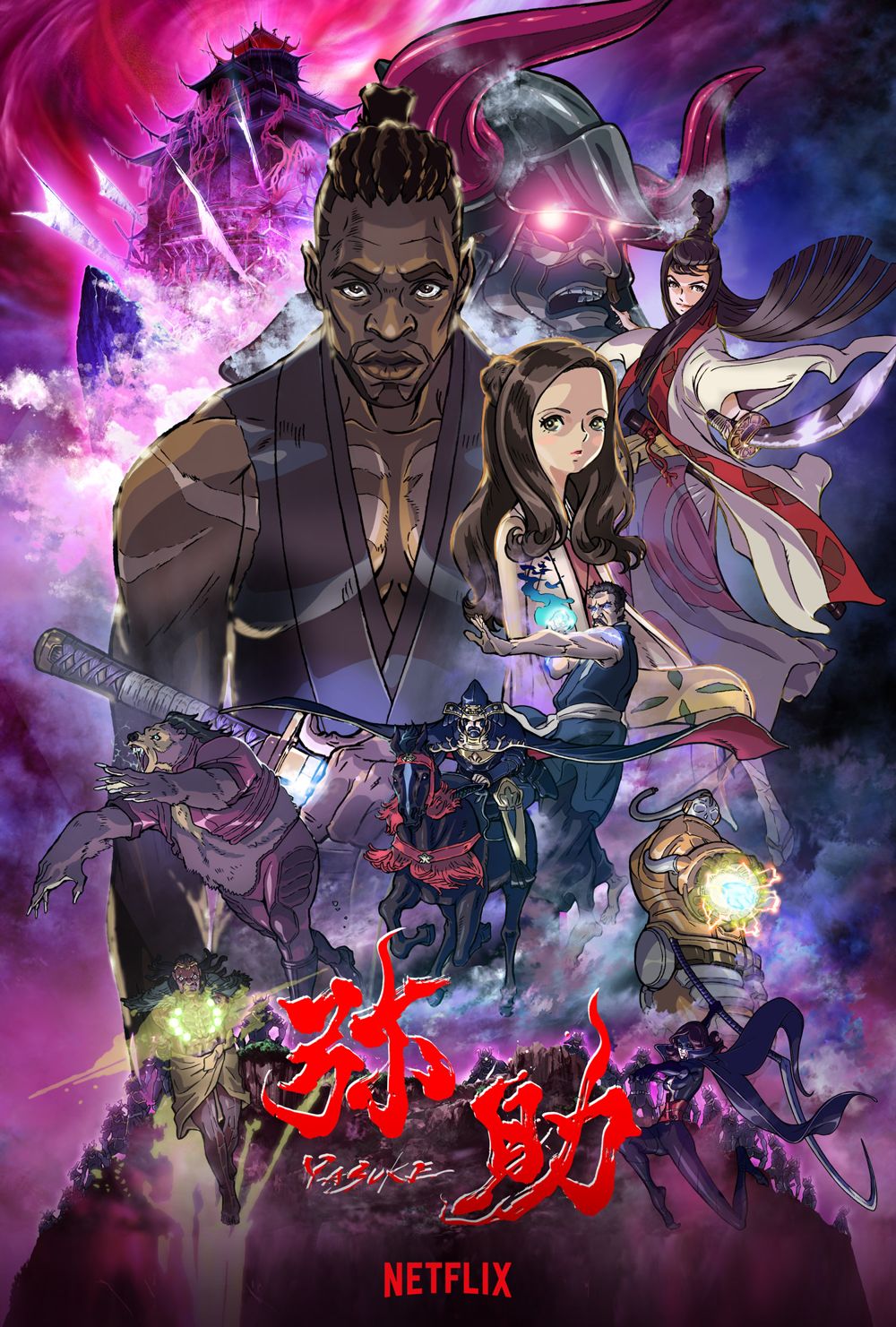 The Way of the Househusband (global premiere April 8): Feared among the yakuza as “The Immortal Dragon”, Tatsu is a legend of the underworld with an impressive number of defeated rival gangs under his belt. However, hoping to wash his hands of his past, Tatsu gets married and devotes himself fully to the way of the househusband by diligently undertaking the cooking, cleaning, washing and grocery shopping each day. On the other hand, there’s one person who’s not happy about Tatsu’s new domestic life — his tough, former yakuza underling, Masa. As Tatsu tries his best to pursue the way of the househusband, one assassin after another tries their hand at taking him out!
www.netflix.com/thewayofthehousehusband
Based on a story by Kosuke Oono | Director: Chiaki Kon (Nodame Cantabile, Pretty Guardian Sailor Moon Crystal) | Series Composition: Susumu Yamakawa | Theme Song performed by UchikubiGokumonDoukoukai – opening song, “Shufu no michi” / ending song, “Kiwami meoto kaido” | Animation Production: J.C.STAFF | Cast: Kenjiro Tsuda, Shizuka Ito, Kazuyuki Okitsu

RESIDENT EVIL: Infinite Darkness (2021): In 2006, there were traces of improper access to secret Presidential files found in the White House’s network. American federal agent Leon S. Kennedy is among the group invited to the White House to investigate this incident, but when the lights suddenly go out, Leon and the SWAT team are forced to take down a horde of mysterious zombies. Meanwhile, TerraSave staff member Claire Redfield encounters a mysterious image drawn by a youth in a country she visited, while providing support to refugees. Haunted by this drawing, which appears to be of a victim of viral infection, Claire starts her own investigation. The next morning, Claire visits the White House to request the construction of a welfare facility. There, she has a chance reunion with Leon and uses the opportunity to show him the boy’s drawing. Leon seems to realize some sort of connection between the zombie outbreak at the White House and the strange drawing, but he tells Claire that there is no relation and leaves. In time, these two zombie outbreaks in distant countries lead to events that shake the nation to its very core.
www.netflix.com/residentevil_anime
Original Work/Production/Supervision: Capcom Co., Ltd. | Full 3DCG animation production: Quebico | Production: TMS Entertainment