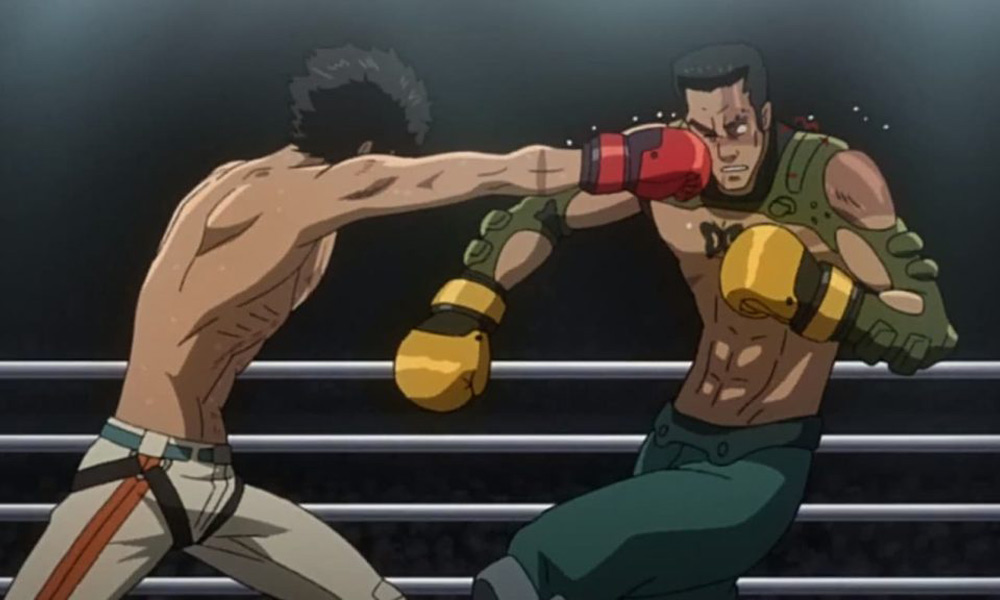 One of the big hits of 2018 in Japan, TMS Entertainment’s Megalobox is rapidly winning fans in the West. The sci-fi sports series was created to celebrate the 50th anniversary of the hugely popular shonen (boys’) manga Ashita no Joe (usually translated as Tomorrow’s Joe) illustrated by Tetsuya Chiba and written by Ikki Kajiwara under the pen name Asao Takamori. In the U.S., the 13-part series aired on Adult Swim’s Toonami block earlier this year.

Although it debuted in 1968 — after the Tokyo Olympics, when the Japanese economy was entering its boom years — Tomorrow’s Joe was rooted in the immediate postwar era, when Japan was slowly rebuilding from the rubble of defeat. A devil-may-care delinquent who constantly got himself into trouble, Joe Yabuki eked out a hardscrabble existence on the mean streets of the squalid “doya” section of Tokyo.

But Joe had one thing going for him: A tremendously powerful punch that caught the eye of washed-up trainer Danpei Tange. He followed Joe through his scuffles with the law and society, determined to make him into the champion he’d always dreamed of coaching. Under his tutelage, Joe ultimately achieved enormous success as a boxer. The manga was adapted into two anime series and two animated features, as well as two live-action films and several video games.

Like Yabuki, the hero of Megalobox (voiced by Kaiji Tang) is a misfit. He refers to himself as JNK.DOG and picks the name Joe at random when he needs to write something on an official form. He rides his motorcycle around the “Restricted Area,” the gritty, ruined quarter of a post-apocalyptic Tokyo. The wealthy “Administrative District” looms nearby, but its guarded streets are off-limits to riffraff. Director Yō Moriyama emphasizes the social disconnect visually. He fills the Administrative District with saturated color: crimson carpets, cerulean skies, gold and silver accents. Conversely, the grays and tans of the Restricted Area look eroded and gritty.

Joe is a Megalo boxer: Contestants fight wearing “gear” — mechanical devices that fit over the arms and shoulders, increasing the power of their punches. Despite his skill and strength, Joe’s matches are fought in two-bit arenas. He loses these bouts, taking dives ordered by his manager, Gansaku Nanbu (Jason Marnocha), who’s in debt to the mob. After a chance encounter with Megalobox champion Yuri (Lex Lang), Joe wants to compete in the Megalonia Tournament organized by Yukiko (Erika Harlacher), the fabulously rich and powerful head of the Shirato Group.

Nanbu sees Joe’s potential — and a chance to pay off his debts. Like Tange in Tomorrow’s Joe, Nanbu trains his scrappy fighter. As they’re too broke to afford advanced hi-tech devices, Joe boxes without them as “Gearless Joe.” The novelty showcases his prowess and attracts public attention. He wins his initial matches and starts moving up the ladder. He picks up a sidekick, Sachio (Erica Mendez) — a Dead End Kid in an outsized newsboy’s cap.

As an inhabitant of the “Restricted Area,” Joe lacks the citizenship papers needed to compete for a berth in the Megalonia Tournament. Nanbu gets him a fake ID, which makes him vulnerable to threats of disqualification and blackmail. When Joe and Yuri finally meet in the ring at the climax of the series, each fighter finds what he — and countless other anime warriors — have sought: An opponent as strong as he is. Despite its dangers, the match feels like a dance to the boxers.

With his wiry physique, unruly mop of curls and sardonic attitude, Joe could be the illegitimate son of Spike Spiegel from Cowboy Bebop. (Many observers have remarked on the similarities.) Although it’s as much a Rocky story as Creed, Megalabox centers on the kind of come-from-behind hero who toughs it out, despite all obstacles, including physical pain, that Japanese audiences adore. The filmmakers underscore his fighting spirit by concentrating the animation in the battle scenes. Joe fights with a staccato rhythm that juxtaposes slow camera moves following the arc of a punch with the rapid-fire tattoo of his boxing gloves hitting his opponent’s face and body.

Megalobox also offers quiet social commentary. Joe’s illegitimacy in the eyes of the Administrative Area elite and the threat posed by his fake ID reflect the ongoing immigration crisis, which Japan is also experiencing. Like C-Control and One Piece: Gold, Megalobox critiques the rising economic inequality in the world’s developed nations.

It’s hardly a spoiler to reveal that Joe eventually wins his match against Yuri, but the follow-up leaves room for a sequel — which is probably already in the works, given the success of Megalobox. When he saw the first episodes, Manabe said, “I felt the blood of Tomorrow’s Joe running in its veins.” 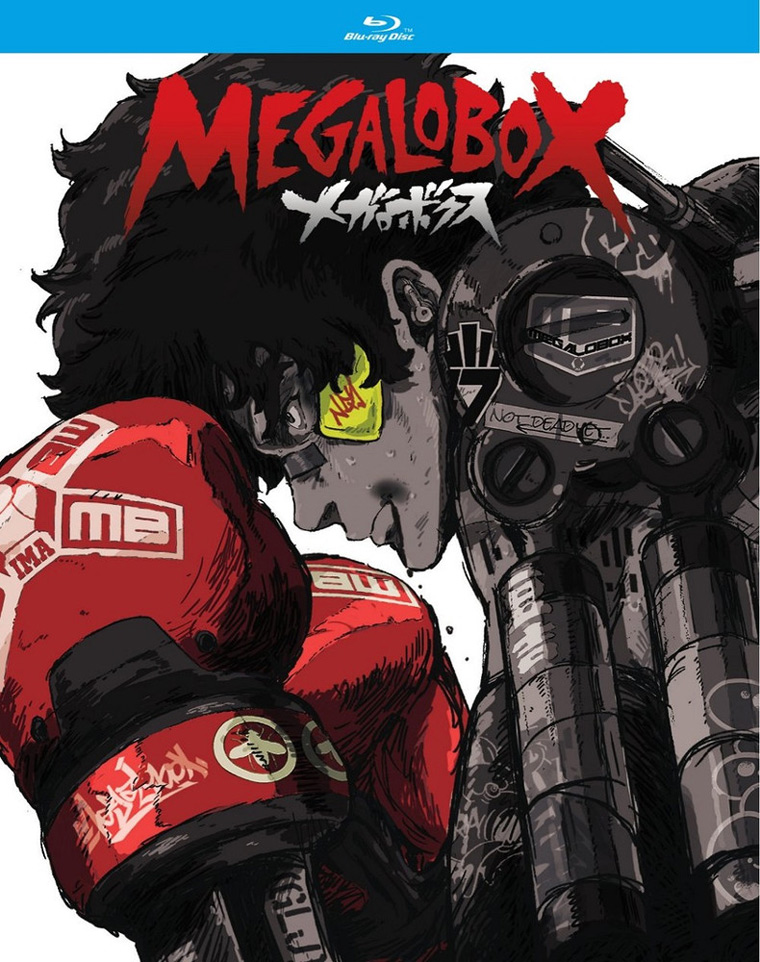 10 Toons to Catch at MIP Junior
Stuff We Love: November ‘19