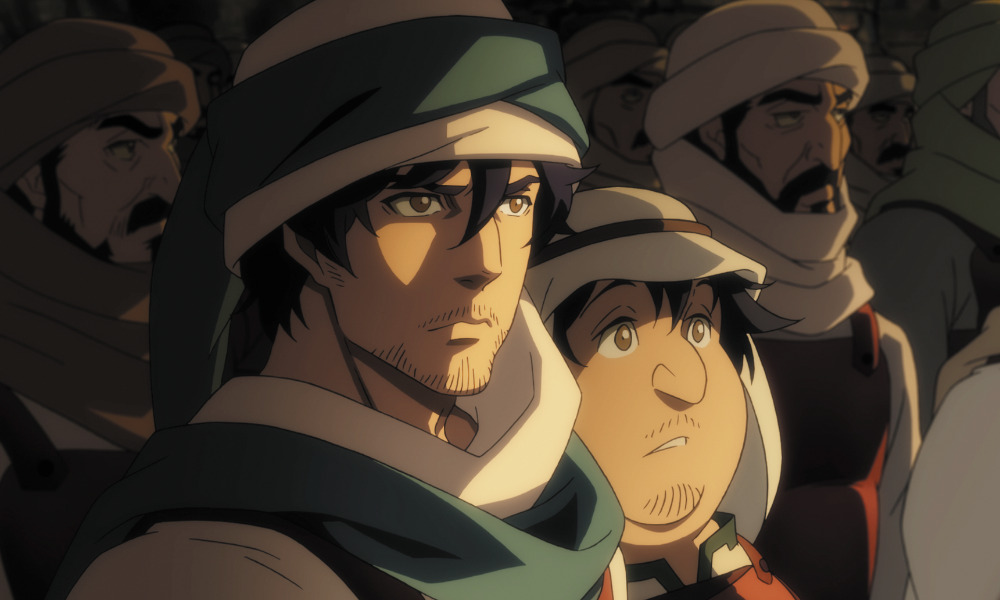 The Journey, from Shizuno Kobun’s (Godzilla: City on the Edge of Battle), is the first feature produced by the first of its kind collaboration between Saudi Arabia’s Manga Productions and Japanese anime powerhouse Toei Animation. The film celebrated its U.S. premiere at the historic TCL Chinese Theatres in Hollywood on Tuesday, when it was announced that Crunchyroll has picked up streaming rights.

Based on an epic tale drawn from the Arabian Peninsula and featuring the distinctive anime animation look, The Journey is emblematic of Manga Productions’ aims to create content for global audiences with international standards, support local talent, and showcase the region’s people and its culture.

Saudi artists, men and women between 23-36 years of age, were sent to Japan to train at the Toei studios in order to work on the film alongside established Japanese animation talents.

“The collaboration between the Saudi team (Manga Productions) and the Japanese team (Toei Animation) was rich and harmonious, as it was not only between two different cultures but also different languages, different drawing methods and different generations,” said Dr. Essam Bukhary, CEO of Manga Productions. “This is the first movie we have produced and we are excited to share the product of this collaboration with the rest of the world and more movies to come.”

Shinji Shimizu, advisor to Toei Animations, commented, “I was honored to collaborate with Manga Productions on the first feature animated film and to be part of this unique cultural exchange. It was an interesting challenge to make a film about a culture that is different from ours. This mixture of ages, languages, and techniques has created a film that is inspiring, the viewers will feel the merging and fusion of the Saudi and Japanese spirits on one screen!”

The Journey will be released on Crunchyroll this spring.

Synopsis: An invading army threatens to destroy Mecca and enslave its peaceful inhabitants. Aws, a seemingly simple potter, is one of the few ready to stand up against the massive invading army to defend their home. But when he discovers a long-lost friend he believed to be dead, his dark past is revealed.