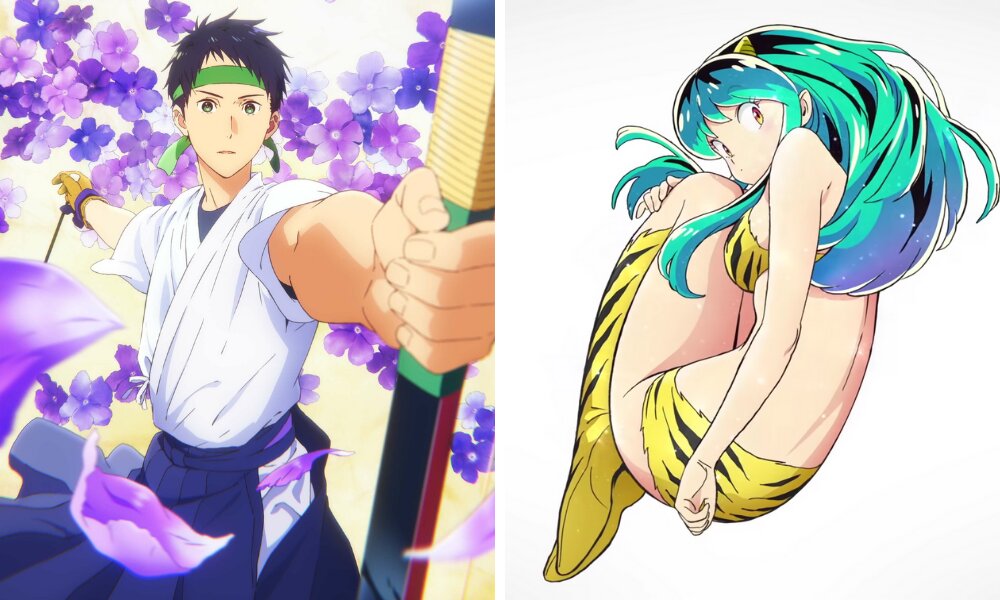 The official website for Rumiko Takahashi‘s hit manga Urusei Yatsura (uy-allstars.com) rang in the new year Saturday by debuting the promo video for the new anime adaptation debuting in 2022, timed to the 100th anniversary of manga publisher Shogakukan. In addition to the teaser, the key voice cast and creative leads were announced, and Takahashi celebrated the news with an original sketch.

The human protagonist Ataru Moroboshi will be voiced by Hiroshi Kamiya (known for voicing Levi in Attack on Titan, Trafalgar Law in One Piece and Izaya in Durarara!!), while the tiger print-clad alien Lum will be brought to life by Sumire Uesaka (Sanae in Love, Chunibyo & Other Delusions, Momoka in Cross Ange, ChuChu in Show by Rock!!). 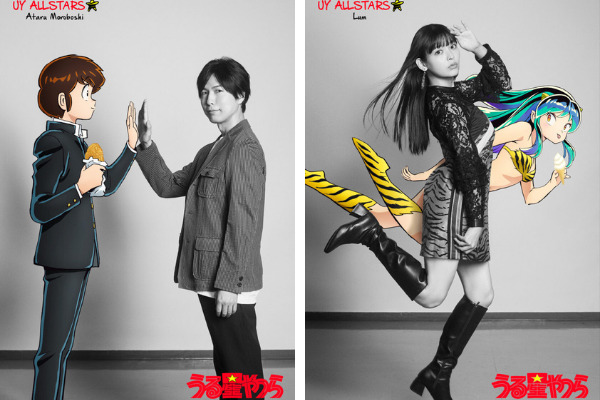 JoJo’s Bizarre Adventure: Golden Wind duo Hideya Takahashi and Yasuhiro Kimura are directing the series, which is being produced at david production. Yuuko Kakihara (Cells at Work!) is overseeing the scripts, and artist Naoyuki Asano (Keep Your Hands Off Eizouken!) is adapting Takashi’s character designs for the series. 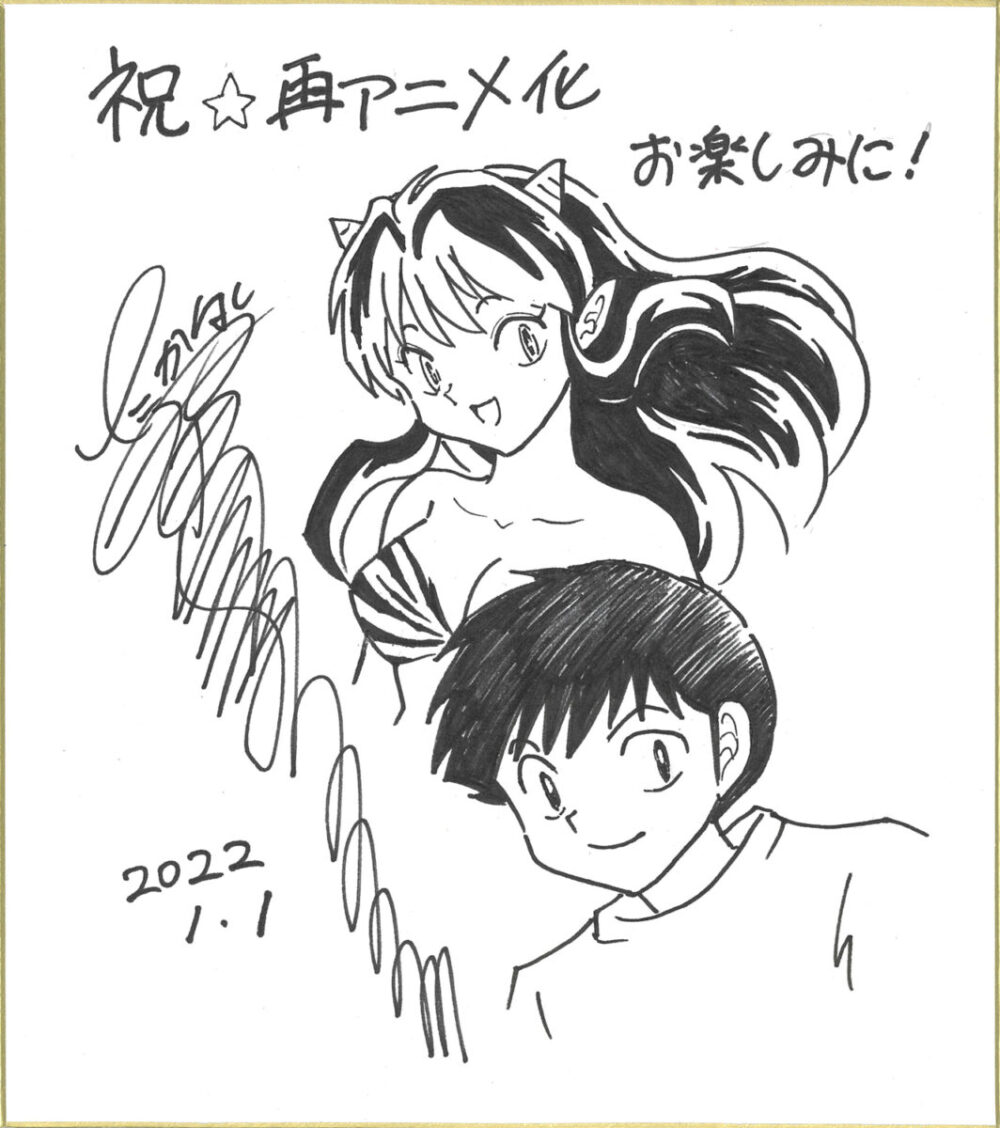 Urusei Yatsura is a sci-fi rom-com about a hapless human named Ataru whose supernatural encounters of the feminine kind begin when the alien princess Lum lands on Earth and challenges him to a game of tag. The stakes: An extraterrestrial takeover! The new anime comprising select stories from the manga (published from 1978-1987) will air on Fuji TV’s Noitama block and other channels in Japan throughout the year. The story was previously adapted into an anime series which ran from 1981-86, several films and an OVA.

Meanwhile, Kyoto Animation (Violet Evergarden, A Silent Voice) announced on its official outlets for the high school archery club anime Tsurune (tsurune.com) that the theatrical feature will be released for Summer 2022. Announced in 2020, the movie is helmed by series director Takuya Yamamura (Violet Evergarden, Sound! Euphonium) in his feature-length debut. The studio also unveiled special New Year’s artwork for the project.

Tsurune premiered on NHK in 2018 and follows high schooler Minato Narumiya as he begins classes at Prefectural Kazemai High School and is invited onto the archery club by its advisor, Tommy-sensei. His childhood friends quickly sign up, but Minato hesitates — despite being known as a talented archer. When Tommy-sensei orders a demonstration, Minato chokes. The story unfolds as Minato, Seiya, Ryohei, Nanao and Kaito struggle through their bittersweet teenage years, united by their ancient sport. Based on the novel by Kotoko Ayano.

Nearly a year ago, it was revealed that Tsurune was also the series that triggered 2019 arson attack suspect Shinji Aoba’s belief that KyoAni had “stolen” his idea, for a two minute scene in which two characters buy discount meat at a grocery store. Aoba was apprehended by police near the scene of the fire, which killed 36 employees of the studio and injured 33 more, but due to serious injury was not indicted until December 2020.